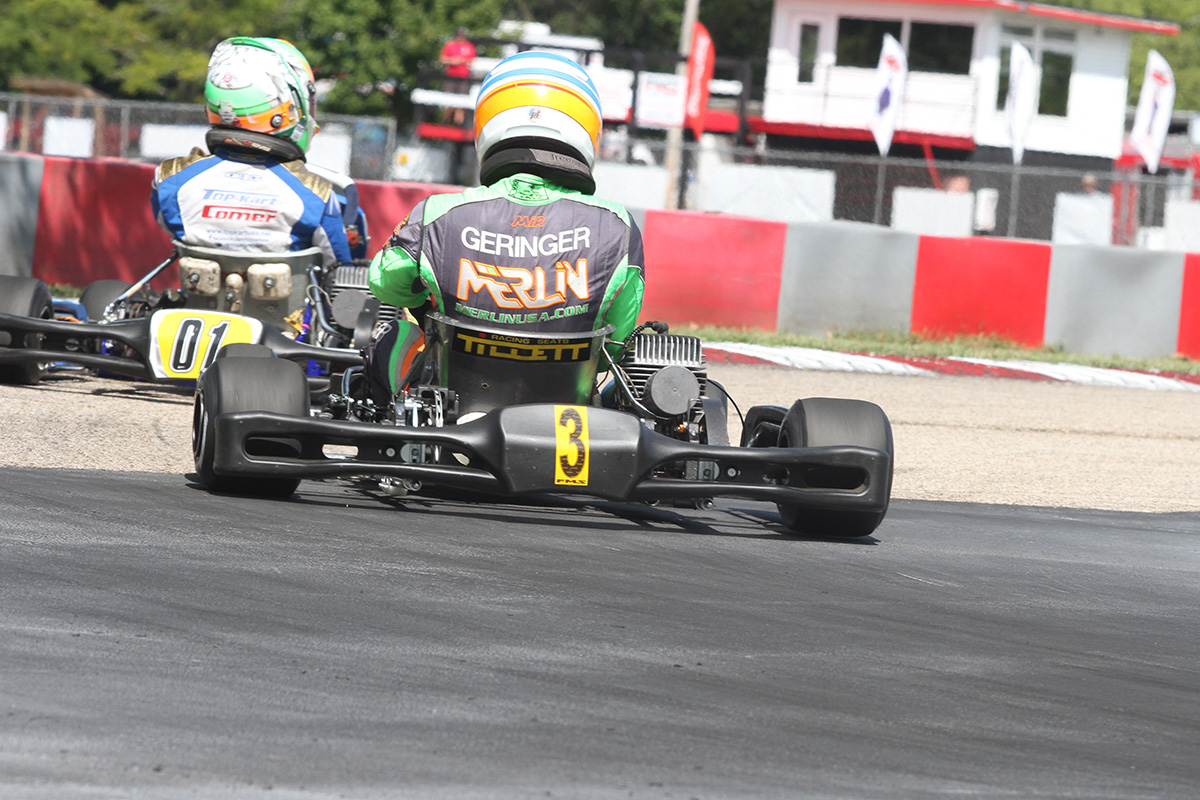 The Wolf Paving Raceway – home of the Badger Kart Club – extended the historic circuit for the 2017 season. The track extended on the south side of the track, the end of the normal lap, adds two 90-degree corners and two 180-degree turns. The new pavement began breaking up early on, and the club added Rhino sealant over the new pavement. This has provided some opposite traction levels around the course. All the old pavement has its normal grip, and will rubber up as the weekend goes on. The new section has more than enough grip, especially with the 180-degree turns. Even the Yamaha karts are getting great lift with the inside rear tire, with some even pulling up on two wheels. The transition from new to old is a bit rough, main because of the change in traction. It will be a battle all weekend long for the competitors and tuners, finding the right mix. 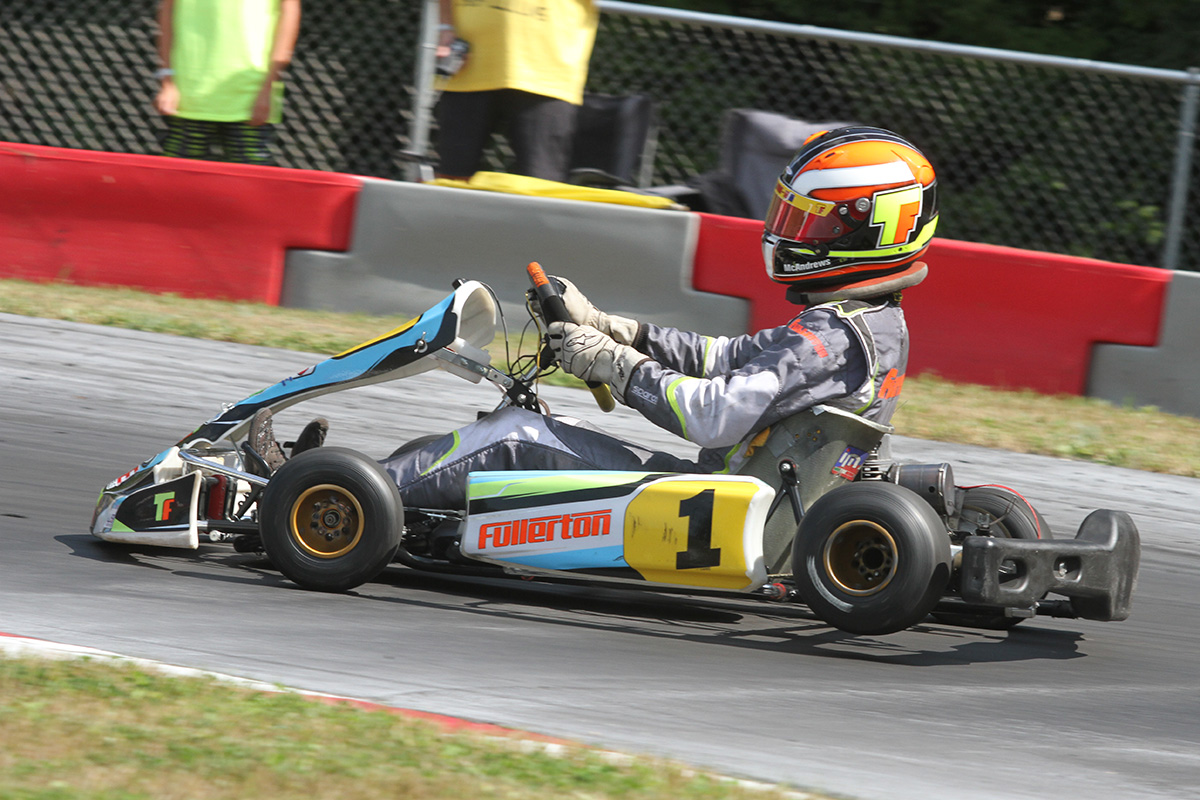