Trackside Karting Services Kicks Off 2023 with a Win in Daytona 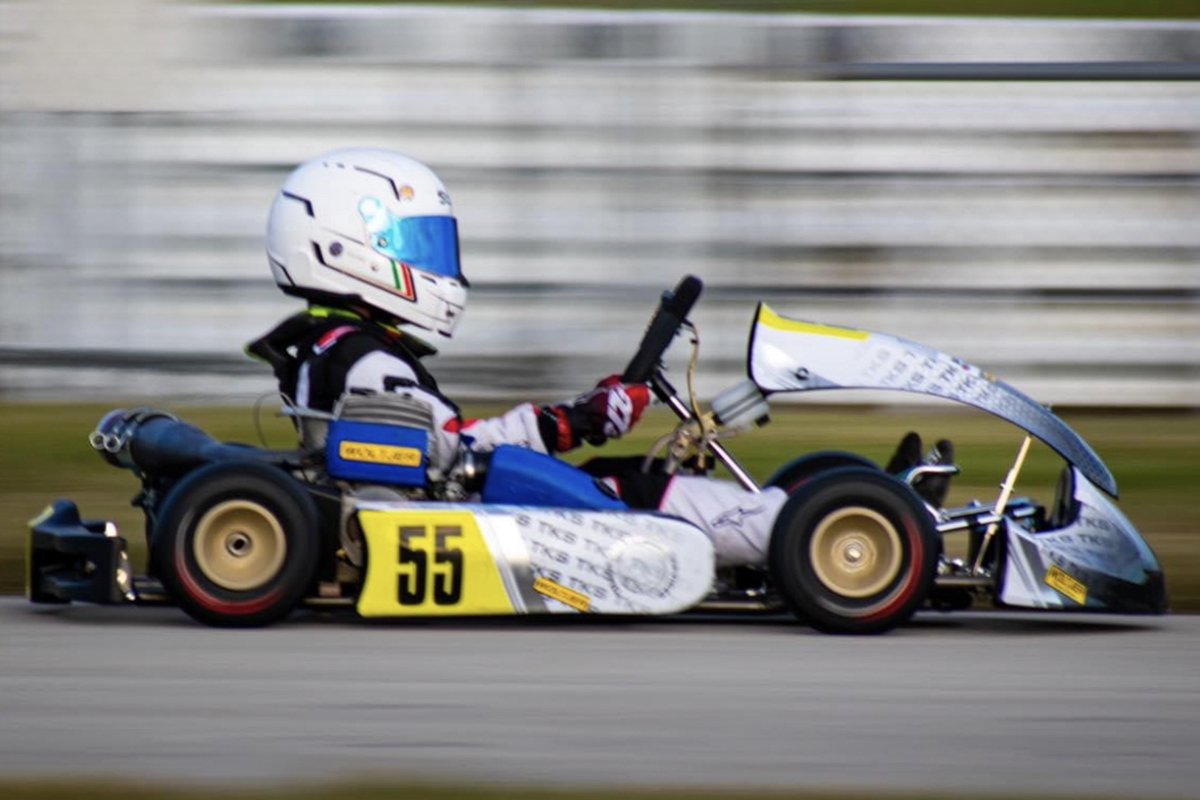 The potent Texas-based Trackside Karting Services (TKS) program took its talents to the World Karting Association (WKA) Daytona KartWeek and left the world’s largest karting event with a victory. Taking on the sprint course inside the famed Daytona International Speedway, TKS earned one pole position, one victory, a pair of top-five results, and five top-ten finishes in a good start to a new season of competition.

Woltjer Racing Engines powered GFC Kart driver Kade Kaspar was quick during day one of qualifying earning the Micro Swift pole position and inside front row starting spot for the day’s prefinal in his first career WKA event. With some trouble in the first wheel-to-wheel action that saw him fall back to seventh on the results sheet, Kasper rebounded in the shortened eight-lap main event to earn a top-five finish in fifth. Day two saw Kasper earn the second fastest lap of the timed qualifying session and go on to take the prefinal win. A dominant drive in the main event netted Kasper his first career WKA victory as the future looks bright for the young driver.

Chris Tracey competed with the TKS program for the first time in Daytona as he took his talents to the 206 Cadet Advanced class. Qualifying in the sixth position during day one, Tracey was pushed off the track during the opening lap and had to battle to drive forward to a sixth-place result. The same would happen during the day’s final, but this time Tracey fell further down the running order and could only recover to finish tenth.

“Congrats to Kade on a great WKA debut showing the speed and talent to score the win,” explained TKS Owner, Tim Lobaugh. “Chris Tracey also showed great speed and has a bright future, but luck was not on his side. Chris kept his head down and battled hard and will have his chance in the spotlight throughout 2023.”

Jaxon Young raced the 206 Junior category on his new GFC Kart and was one of the drivers to beat despite a disappointing qualifying effort during day one that saw him mired back in eleventh. A crash in the prefinal put him on the twelfth row for the start of the main event but a motor issue forced him to the sidelines early. Day two qualifying was a mess for Jaxon as he could not find the necessary space to put down a clear lap and qualified fourteenth. Starting on the outside in the middle of a hungry field of junior drivers is not ideal as an incident due to no fault of his own in both the prefinal and main event ruined any chance of a good result.

Derek Wargo took no time getting used to his new GFC Junior chassis as the first day of qualifying saw him score the third quickest lap of the session. Having a good run in the prefinal to finish fourth, Wargo eventually crossed the line sixth in the main event on route to the fastest lap of the race. Day two saw Derek qualify on the outside of row two as he wasted no time in the prefinal moving forward to finish second. While a front row starting spot is great most of the time, a difficult turn one in Daytona caused Derek to lose six positions on the opening lap. Battling hard to move forward to third with four laps remaining, Derek would get moved out of the way late in the race and eventually finish fifth.

Lobaugh continued, “Jaxon had a tough event, and we know that he will rebound at the next one. Qualifying in Daytona is almost everything, and he was stuck on the outside twice. He has the speed to win, just needs the luck to go with it. Derek also showed great pace and will be a force throughout 2023.”

The next event for Trackside Karting Services is this weekend at the 103rd Street Sports Complex in Jacksonville, Florida for the opening round of the Cup Karts North America program.

For more information on Trackside Karting Services or to compete with the Texas-based team, please contact Tim Lobaugh at 269.519.7593 or via e-mail to TracksideKartingServices@gmail.com