Registration Opens for 2023 Challenge of the Americas 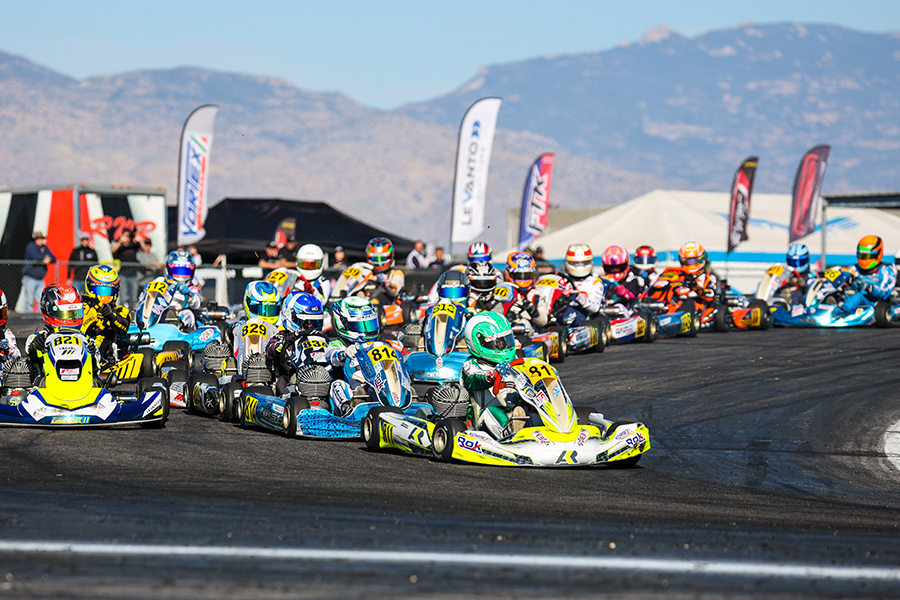 The 2023 Challenge of the Americas opens in February at Musselman Honda Circuit in Tucson, Arizona with registration now open (Photo: Sean Buur – ChallengeKarting.com)

The 16th season for Challenge of the Americas program is set to begin on track at the beginning of February 2023. Since moving to the ROK Cup USA platform in 2018, the international west coast winter series has grown to record numbers. The 2022 season featured triple digit total entries over the three events. The journey toward the first weekend of 2023 and the full three-event championship series begins now with the registration opening online for the series opener in February.

Registration for the 2023 Challenge of the Americas is now open at challengekarting.com. The championship program begins on February 3-5 at the Musselman Honda Circuit in Tucson, Arizona. Learn all you need to about the weekend at the Event Page. The second event of the season is set for March 3-5 at the Phoenix Kart Racing Association in Glendale, Arizona. The championships will then be decided on April 14-16 at Sonoma Raceway in Sonoma, California.

The 2023 season marks a new era for Challenge of the Americas with the addition of the new Junior Shifter ROK and OK-N categories. Each class is something new for the sport of karting.

The introduction of the OK-N category, the FIA Karting’s newest formula, was intended to be a single engine manufacturer category, featuring the Vortex powerplant. However, the support of the OK-N manufacturers and demand for the category since the announcement has led officials to open the category to all homologated engines for the OK-N class in 2023.

“We are very positive about the implementation of OK-N to the Challenge for 2023,” added Seesemann. “The FIA is working to help bring together the world under a new engine platform and we are excited to be the first to bring it here into the USA. Our intention was to restrict the engine platform to one manufacturer with fears of parts availability and servicing issues. Many of the OK-N manufacturers and their importers here in North America have confirmed their support for the Challenge, and throughout the year, which has allowed us to open the class up to all the manufacturers recognized by the FIA. The interest by the competitors is high, and we expect to have solid fields in Tucson and throughout the Challenge in 2023.”

The Junior Shifter ROK class brings back junior-level shifterkart racing back to North America, which was a prominent category in the early 2000s and during the early 2010s. The class will utilize the ROK Shifter engine with a restricted header, which are expected to be landing in the hands of Full Throttle Karting within days.

Seesemann concluded, “The goal is to develop a true ladder system for the shifterkart ranks, and the addition of Junior shifter will help give us that. Shifterkart racing is a true development class for those looking to progress up the motorsports ranks and provides the groundwork for those that enjoy the six-speed competition compared to single-speed. I expect to see great numbers in these two new classes along with our returning categories for the 2023 Challenge of the Americas.”

An update on another change for the 2023 Challenge of the Americas is the move to the new Tillotson pumper carburetor and new manifold to fit the Mini ROK engines. Those are also in transit to the USA, due to arrive at the same time as the Junior shifter restrictors. And to confirm regarding wet weather racing, all classes except for Mini ROK will move to the LeVanto WET tire (4.2/6.0). The Mini ROK division will stay with the Bridgestone YLP (4.5/4.5).