Behind the Laptop: Celebrating 25 SuperNationals and More 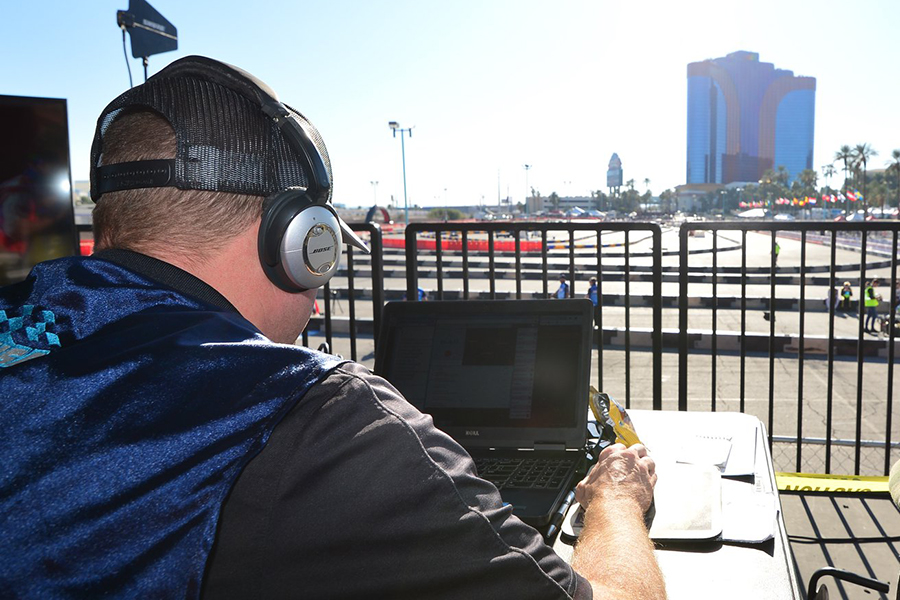 It is here…Superkarts! USA SuperNationals 25! This is an event that’s been on the calendar for just over 11 months now, from the day we closed out SuperSunday at the Las Vegas Motor Speedway for SuperNationals 24. There is no other karting event like it in North America and, to be honest, the world. All the unique, elite, and stand-out events from coast to coast, and all around the globe, do not match the thrill, excitement and stature that is the SKUSA SuperNationals.

While it has changed location over the years, the SKUSA SuperNationals has remained within the Las Vegas area, contested at five different locations over the 25 editions. WKA Daytona KartWeek or the Rock Island Grand Prix have missed years. Aside from the COVID pandemic, the SuperNationals have been on the calendar each year since 1997. There is something special about knowing the month of November signals the return to ‘Sin City’ for an epic week of karting. 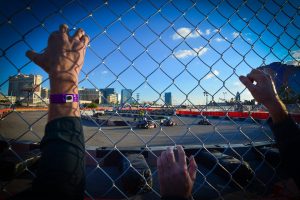 The backdrop from venue to venue has changed, debuting at the Las Vegas Karting Center for the opening five years before it’s first two-year run at the ‘unofficial home’ of the SuperNationals – the Rio All-Suite Hotel & Casino. Sam Boyd Stadium welcomed a new era of the event and the organization, including the first time that current SKUSA owners Tom & Patti Kutscher rolled out the red carpet in 2006. The event returned to the Rio from 2008 to 2014 before trying its hand at the parking lot outside the Las Vegas Convention Center and the Westgate Las Vegas Resort, right on the Vegas Strip. SKUSA returned for a third stretch of the SuperNationals in 2018 and 2019 until COVID in 2020 and the last-minute change of venue in 2021 to the Las Vegas Motor Speedway in December a year ago. Each location, and each year of the SuperNationals, presented its own challenge, scenery, weather, and other elements to make every year stand out on its own, including the on-track action all the way through SuperSunday.

You can ask the 183 drivers who have won the 217 main events at the SKUSA SuperNationals, winning is not easy. We have seen it year after year; the emotion of taking the checkered flag first on SuperSunday to become a winner at the SuperNationals. And on the flip side, the gutted feeling of seeing many come within feet, or even inches, of reaching the stripe first to claim victory. It sits with a driver for at least 364 days, if not a lifetime, depending on the next opportunity for another chance in their career at taking that SuperSunday victory.

This is not just another race…it is something special. What began as a gathering became an event. A race that you HAD to be part of, especially if you were a shifterkart driver in the late 1990s. The competitive nature we have as humans stands out every time we put on that helmet. But the challenge and satisfaction of beating the best in the area, the country, if not the world, brings about a larger sense of pride and accomplishment when winning at the SKUSA SuperNationals. It’s open nature, diverse categories offered, make it the ‘Top Gun’ contest of karting. 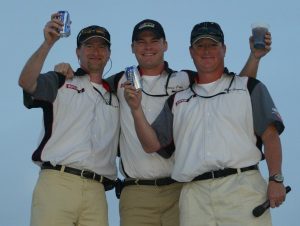 Tim Blaney and Rob Howden helped guide me to where I am today. Thank you boys!

For me, it signals the end of one season and the start of a new one. The SKUSA SuperNationals in 2004 was my first trackside event for eKartingNews. I was offered the position a few months prior and began my full-time role as Managing Editor with the trip to Sam Boyd Stadium to join EKN Publisher and Super Kart Illustrated owner Rob Howden along with SKI Editor Tim Blaney. EKN was a new venture for Howden and Blaney, who were used to taking in the event, jotting down notes, and heading home to write the race report article for the magazine. Now, it was about feeding hour by hour, if not minute by minute, the details of the event to the World Wide Web through the web pages of eKartingNews. As a life-long karter who came from road racing, it was like throwing a high school reporter into the press conferences of the Super Bowl for the NFL. Thanks to the guidance and teaching by Howden and Blaney and, of course, the open arms of the karting community, I began to find my place in the sport.

From there, we continued to see what worked and what didn’t in terms of covering an event, all before ‘social media’ was even a term or before there was the ability to put live timing into the hands of people around the world existed. Thankfully, we had the forums (or bulletin boards depending on your age) to publish notes, news, or results by the minute. And that is where the idea of the top-10 results was born. We published results as they came off the track, session by session, and wrote the daily report to give the insight and details of the day’s action. And through the social media channels for EKN, we continue that base coverage for those who cannot be at the big one.

During my first year, we knew getting the sounds of a race to the people was a possibility. Since I can remember, there was no better feeling than listening to the Indy 500 on the radio, taking in the feeling and emotions of the race as it happened through the many voices surrounding the Racing Capital of the World through the airwaves. We dabbled in recorded race calls and did ‘Happy Hour with Howden’ podcasts before podcasts were even a thing, all to get the ball rolling with EKN audio.

Things changed in 2009 – the year of Michael Schumacher coming to Las Vegas for the SKUSA SuperNationals. The ‘retired’ driver made his one and only start at the SuperNationals that year at the Rio, and it just happened to be the first year we tried out ‘streaming’ the live play-by-play over the internet. The entire operation took weeks of planning, all surrounding by the ability to get internet to the parking lot from the Rio building. It took an actual satellite to give us the internet power to push the live call of Howden on SuperSunday across the globe. And before things went ‘viral’, our first EKN Live broadcast was listened to by thousandths across the country and around the globe. 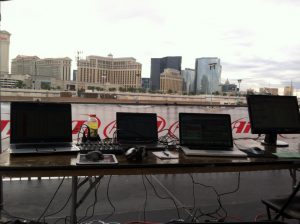 From that weekend, EKN Live broadcasts were born. My only regret is not understanding in the moment to record the work we were doing. It was everything in me, with my math degree and learning everything on the fly, to get the broadcast out to the tens of thousands listening in. To be honest, we tried it earlier in the year at what would be the Stars of Karting final event at Sonoma Raceway. A guy we knew on the forums – Carlos Calderon – helped us with the software and hardware details, along with the ‘streaming service’ options to get us pointed in the right direction. Calderon will be racing in X30 Master this week at the SuperNationals, alongside his son Mateo in the Mini class. Thank you, Carlos.

As we refined the EKN Live broadcast and platform, it continued to grow in terms of audience and events we covered. The brand new SKUSA Pro Tour followed up in 2010 and then was later joined by Challenge of the Americas and the WKA Manufacturers Cup Series. We streamed the US Rotax Grand Nationals multiple times, and even road racing events in Texas for the IKF Grand Nationals. Since its inception in 2013, EKN Live has been to all but one United States Pro Kart Series events. Hell, our old site of IndoorKartingNews.com streamed race call from the ‘Indoor World Karting Championships’ in Phoenix – with Rob Howden on the mic, of course. For 13 years now, EKN has provided the thrill and excitement of kart racing here in the United States live to your computer, laptop or phone.

As I get ready for my 18th SKUSA SuperNationals and to close out my 18th season covering the sport of karting with eKartingNews, it truly means something special with each race and year. I now fully understand what Rob was describing when he saw drivers like AJ Allmendinger, Scott Speed, James Hinchcliffe, Robert Wickens and more go from that young gun Junior driver to racing in NASCAR, IndyCar and Formula One. Now, I get to enjoy seeing George Russell, Pato O’Ward, and Kyle Kirkwood at the elite level of our sport after watching them as Cadet and Junior drivers, winning at the SuperNationals.

But aside from those standout moments, it really is the many different stories that play out throughout the week that is the SuperNationals. This year, we will have over 570 unique chapters of SKUSA SuperNationals written with each lap, session and day. And only 10 will finish the same…winning SuperNationals 25.