Tony Kart, Twice on the Podium in the WSK Final Cup at Sarno 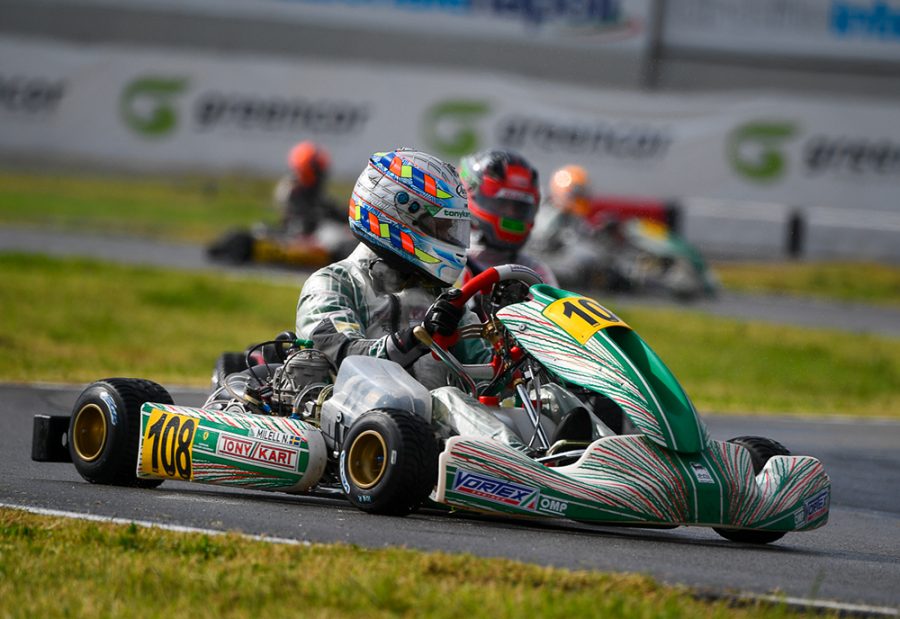 On the occasion of the first competition held at the International Naples Circuit, Noah Milell wins the place of honour in KZ2 class with our Racer 401 RR. Joseph Turney fights for victory in the OK final. Drivers in the OKJ and MINI classes were also competing.

One month after the world success in OKJ, the Tony Kart Racing Team confirms to be fast and competitive also in the first round of the WSK Final Cup, held at the International Naples Circuit in Sarno. Still protagonist, as usual, our Tony Kart Racer 401 RR, equipped with RTZ/RSZ (KZ2), DST (OK) and DJT (OKJ) Vortex engines, OTK Kart Group’s engine division. Also on track in the MINI category with the Tony Kart Rookie and the Vortex MCX engine.

In KZ2, Noah Milell is one of the protagonists of Sunday’s final. The KZ 2021 world champion and vice world champion in force, author of the best time in the morning warm-up and fourth in the pre-final, plays his cards right at the start and quickly enters the fight for first place. The Swedish driver remains glued to the race leader for all the laps, but cannot find the necessary cue to win. However, for Milell the second place is precious in view of the second and final round at Lonato: the Swedish driver is fully in contention for the championship title. Tom Leuillet proves to be immediately at ease and fast on his debut with our colours, as witnessed by the fastest laps in the pre-final and the final that he records.

In OK, Joseph Turney brings all his experience on track to take the lead of the intermediate ranking after the qualifying heats, with a haul of two victories and one fastest lap. The WSK Super Master Series champion also confirms his performance in the A pre-final, which he wins. In the decisive final, unfortunately, bad luck occurs to him: in fact, after leading a good part of the race, the British driver is overtaken and is second on the finish line, but loses the podium due to a 5-second penalty for the front spoiler in the wrong position.
Well done to our James Egozi, once again able to bring home a positive Top 10 after a solid weekend. The American driver also collects an important second place in the B Prefinal, important for the championship score ranking. Jan Przyrowski, too, in his second attendance in the master category of single-gear karts, is growing. The Polish driver collects a second place and a fast lap in the qualifying heat and recovers 10 positions during the final. Debut for Sebastiano Pavanwith our Racing Team: the Italian is unfortunately forced to retire in the final after opening the weekend with the fourth best time in Group 1 of the chrono practices.

In OKJ, Alp Hasan Aksoy is our best driver. The Turkish driver opens Friday with a fourth place in Group 2 of the qualifying heats and continues the weekend with two victories and two fastest laps in the qualifying heats. In the final, Aksoy appears on the grid in fourth position, but the start from the outside trajectory penalises him and prevents him from expressing his full potential. Having been crowned OKJ World Champion a month ago precisely at Sarno, Enzo Tarnvanichkul confirms his excellent feeling with the track: he sets the best time in Group 2 of the qualifying heats and also reaches the podium three times in the qualifying heats. However, a stop in heat A-B penalises the Thai in the intermediate ranking, however he is nevertheless able to finish in the Top 10 of the final.

In the MINI class. double participation in the final for our team with Sebastian Eskandari-Marandi and Ludovico Mazzola. The Australian is good at climbing up as many as 52 positions in the qualifying heats and hits the Top 20 in the last race of the weekend, while the Italian is first in Sunday morning’s warm-up and gains 11 positions in the final.

The WSK Final Cup is now ready for the grand final at the South Garda Karting of Lonato (November 10th – 13th) and the Tony Kart Racing is ready to challenge in the KZ2, OK, OKJ and MINI categories.