Debut for category in Vegas leads to sold out roster 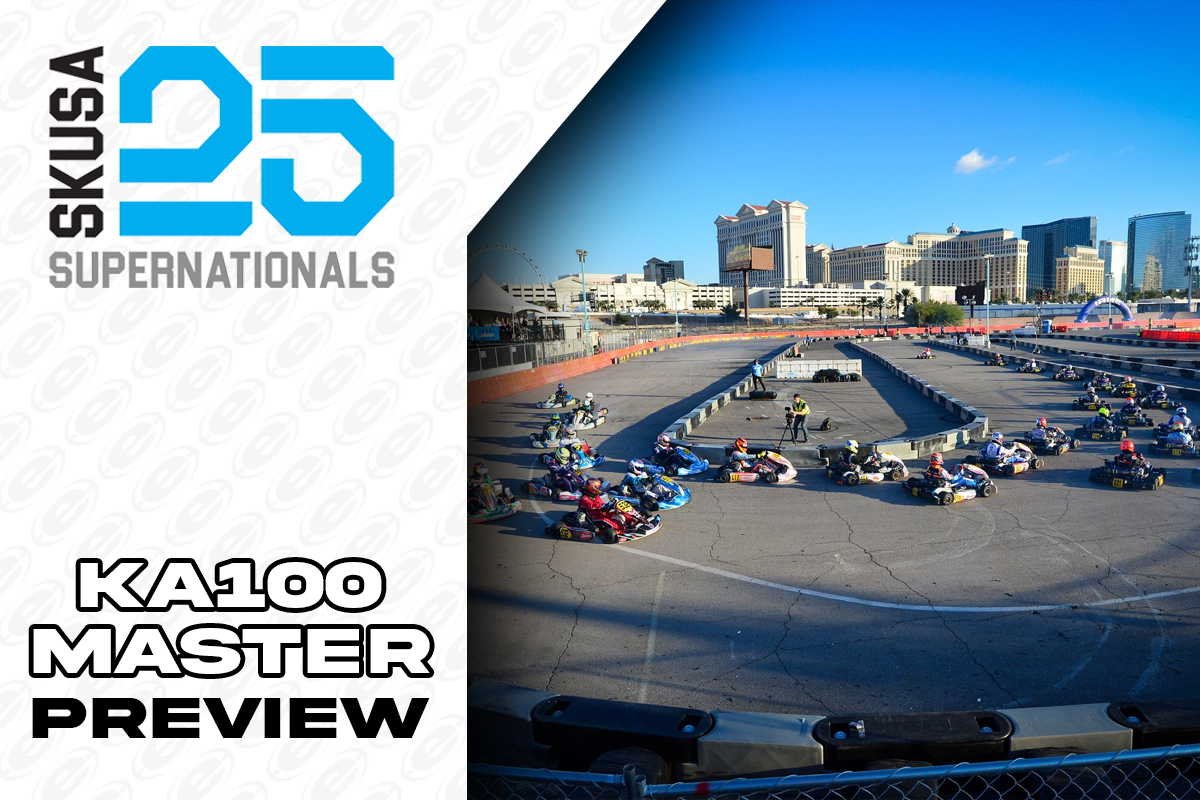 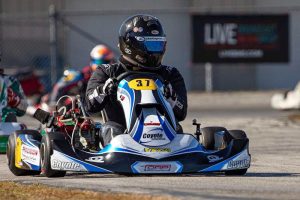 What was a quiet addition to the SKUSA SuperNationals class roster quickly became a focal point for the silver anniversary edition. The KA100 Master class is not new to SKUSA, as it was introduced in 2020 during the ‘Summer Festival’ two-weekend COVID-year format of the organization’s Pro Tour. Low numbers caused the category to be dropped for the 2021 season and the class has truly not yet reached the national level until this year’s SuperNationals. The class has seen growth throughout the regional programs of the country, including the California ProKart Challenge and record numbers at the Texas Sprint Racing Series program. Add to that the ‘Drive to 25’ program by EKN’s own Rob Howden, the category will enjoy a sold-out 44 driver field at SuperNationals 25.

Following the SummerNationals at the end of July, the class had zero entries to that point. Needing 25 pre-entries to confirm its spot at the SuperNationals 25 by August 21, EKN and Rob Howden went to work. Howden took the advice of Managing Editor David Cole to compete in the silver anniversary event to check it off the bucket list. Teamed up with Rolison Performance Group, Howden will make his first start as a driver and celebrate his 25th year announcing the SuperNationals. 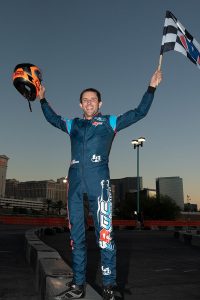 Billy Musgrave could double up in history with a possible fifth SuperNats victory in class debut (Photo: On Track Promotions – otp.ca)

Howden went to work on social media, putting out the challenge to fellow Master drivers to get registered. Driver by driver, Howden highlighted those who confirmed their registration and continued reaching out to others. The field formed into a mix of drivers who are returning to the seat for the first time in years and those who have been banging out laps at the regional level, as well as several national / international stars. By the deadline date, the class had reached 30 and continued to grow, now set at a sold-out 44 drivers.

The KA100 Master class is set for third in the order come SuperSunday and could be the class making SuperNationals history. Four-time SuperNats winner Billy Musgrave (Factory Karts) could become the first driver to win five times at the event. This will mark Musgrave’s first start in a Master category, as he’s also competing in the Pro Shifter division. Musgrave is not the only former SuperNationals winner in the field. Chris Jennings (Magik Kart USA) is also part of the inaugural grid, and he won the S4 Stock Moto division in 2008 at the Rio. 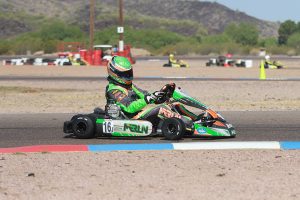 Former SKUSA Pro Tour winner Jamie Sieracki is back behind the wheel at the SuperNationals for the first time in 10 years (Photo: EKN)

People you are used to seeing on the sidelines are trading in for the helmet at this year’s SuperNationals. It has been some time since we have seen Jamie Sieracki of Franklin Motorsports / Merlin Nation behind the wheel at the national level. The 2016 SKUSA SpringNationals winner will return to the SuperNationals for the first time since 2012 when he finished 10th in TaG Senior. Tillotson’s Andrew Fallon (MottazSport / Tillotson) will be among the inaugural competitors, along with British driver Bryn Nuttall (Gillard). Fresh off spinning the wrenches for EKN’s David Cole at the CKNA Grand Nationals 6, Sean Scott (CompKart) is making his SuperNationals debut.

The excitement of the KA100 Master class has also motivated some racing fathers to get behind the wheel. Most weekends, Travis Roberts is the racing dad and wrench for Mini Swift driver Tyler Roberts. For SuperNationals, Roberts will make his return to the seat. Travis is a former SKUSA ProMoto Tour competitor, having raced at the SuperNationals back in 1999.

Other names to watch throughout the event who could be in contention for the podium include Martin Stone (REM / Kosmic), Roman Padans (Franklin / Merlin), Eric Molinatti (CKR USA), Tim Meyer (HRT / Kosmic), and Pete Vetter (Tony Kart).

1 – Driver / Announcer in the field

2 – Former SuperNationals winner in the field

8 – Drivers from outside of the USA