Nearly sold-out category with almost half making their SuperNationals debut 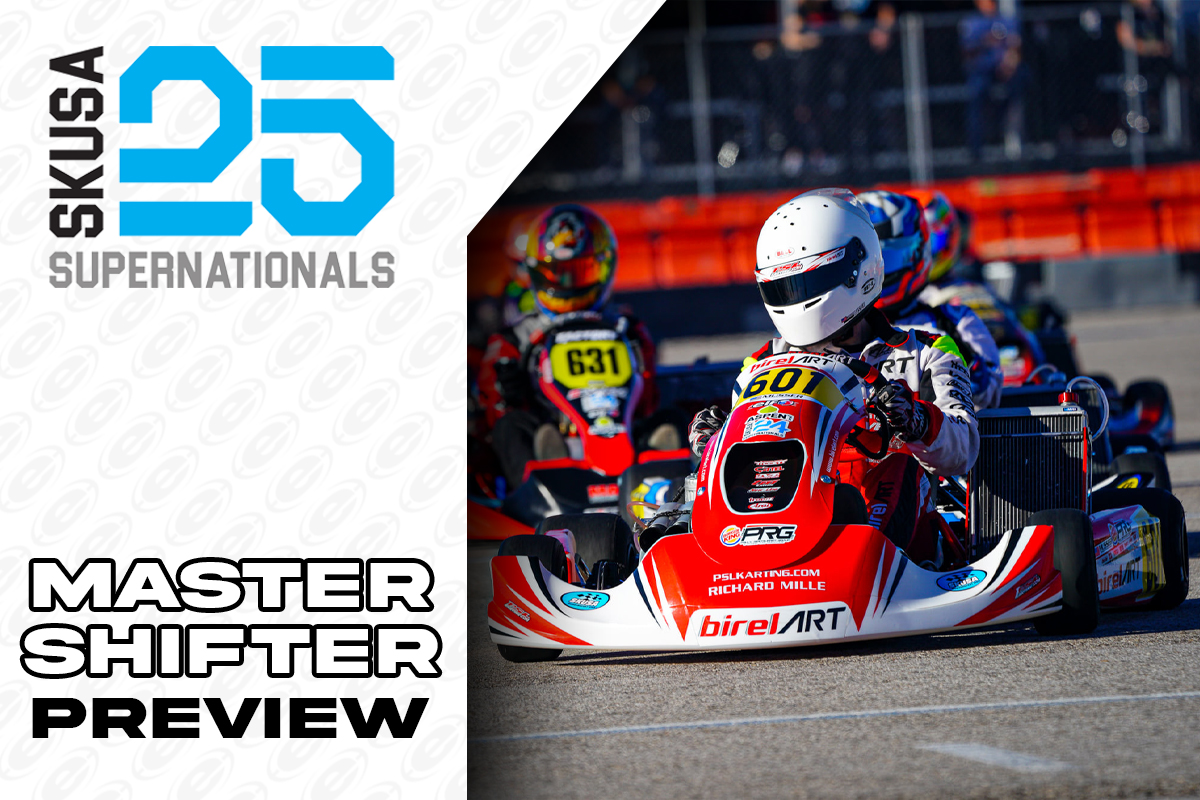 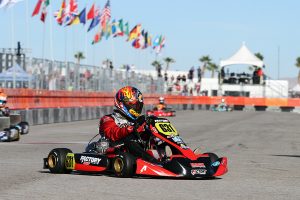 John Crow is among the top returning drivers from last year’s race, placing third a year ago (Photo: EKN)

One of the original categories of the famed Superkarts! USA SuperNationals has been Master Shifter. It began in 2000 as the G1 division and was the main class for the elder gearbox drivers. The S4 Stock Moto division was introduced in 2006 and, for six years, we had two Master shifter categories at the SuperNationals. S4 became the sole division in 2012 and held that spot until 2018. The introduction of the IAME SSE 175 brought back the G1 name in 2019 before it evolved to Master Shifter in 2021. Let’s not forget the S4 Super Master and G2 divisions, as well, for drivers 45 and older from 2016 to 2019. Now, set as one lone category and enjoying the resurgence in shifterkart racing in 2022, we have seen the field grow from 19 to 40 drivers for this year’s SuperSunday battle.

Defending race winner Joey Wimsett brought his SuperNationals win total to two with his victory a year ago, adding to his S1 win in 2013. Wimsett will not defend the win however, and with four former SuperNationals winners in the field, a new name will be added to the list as a Master Shifter winner. Eight of the top-10 from a year ago are returning. Top returning finisher John Crow (Factory Karts) is among the former winners in the field. Crow won the 2005 TaG Master class at the Sam Boyd Stadium. Crow finished third last year, his fourth podium results at the SuperNationals over the last five events. 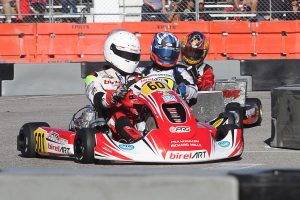 One spot below Crow was five-time SKUSA Pro Tour champion Jordon Musser (PSL / Birel ART). Since 2010, Musser has stood on the podium at the SuperNationals seven times, however, none of them has been a victory. The Texan is hoping that the 25th edition will be his turn in the spotlight. Bermuda driver Scott ‘Skitchy’ Barnes (Magik Kart USA) reached the podium for the first time last year after several trips to the SuperNationals, and the veteran is returning for more in 2022. John Baldasare (Trackmagic) finished just off the podium in sixth, with Michael Guasch (RWR / CRG) in seventh. Guasch won both main events at the SpringNationals in Utah. Ben Schermerhorn (PSL / Birel ART) was eighth with Victor Jimenez (RPG / Tony Kart) in ninth – both recording their best finishes at the SuperNationals. Patrick O’Neill (RWR / CRG) rounds out the returning top drivers from a year ago after finishing 10th. The Irish driver stood on the podium twice over the last five years at the SuperNationals, a best finish of third in G2 in 2019.

Of the 11 international drivers in the field, no one stands out more than four-time FIA World Champion Davide Fore (TM / Italkart). The Italian – who won his first world title in 1998 – has competed at the SuperNationals multiple times, finishing seventh last year in Pro Shifter. He’ll be double duty during the week, making his first start in Master Shifter. Another international notable includes former Formula 1 driver Antonio Pizzonia (Orsolon / Birel ART), who is making his SuperNationals debut. 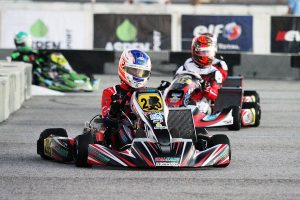 A great story heading into the SuperNationals is the first trip by the husband-and-wife team of Justin and Tiffany Kelly. The two race together and against one another in car racing and throughout the 2022 season in karting. Justin is a former winner of the Machismo 500 at the SuperNationals back in 2009. Both will be competing aboard GFC chassis, with Justin coming off victory at his SKUSA debut during the SummerNationals at New Castle. Another to watch is Kevin Woods (RWR / CRG), the three-time defending Challenge of the Americas champion as he could be a podium contender as well. Robert Fiege (Harden / HMG) enters the event as the 2022 SKUSA Pro Tour champion, expected to gain redemption from his DNF at last year’s SuperSunday event.

4 – Former SuperNationals winner in the field

11 – Drivers from outside of the USA