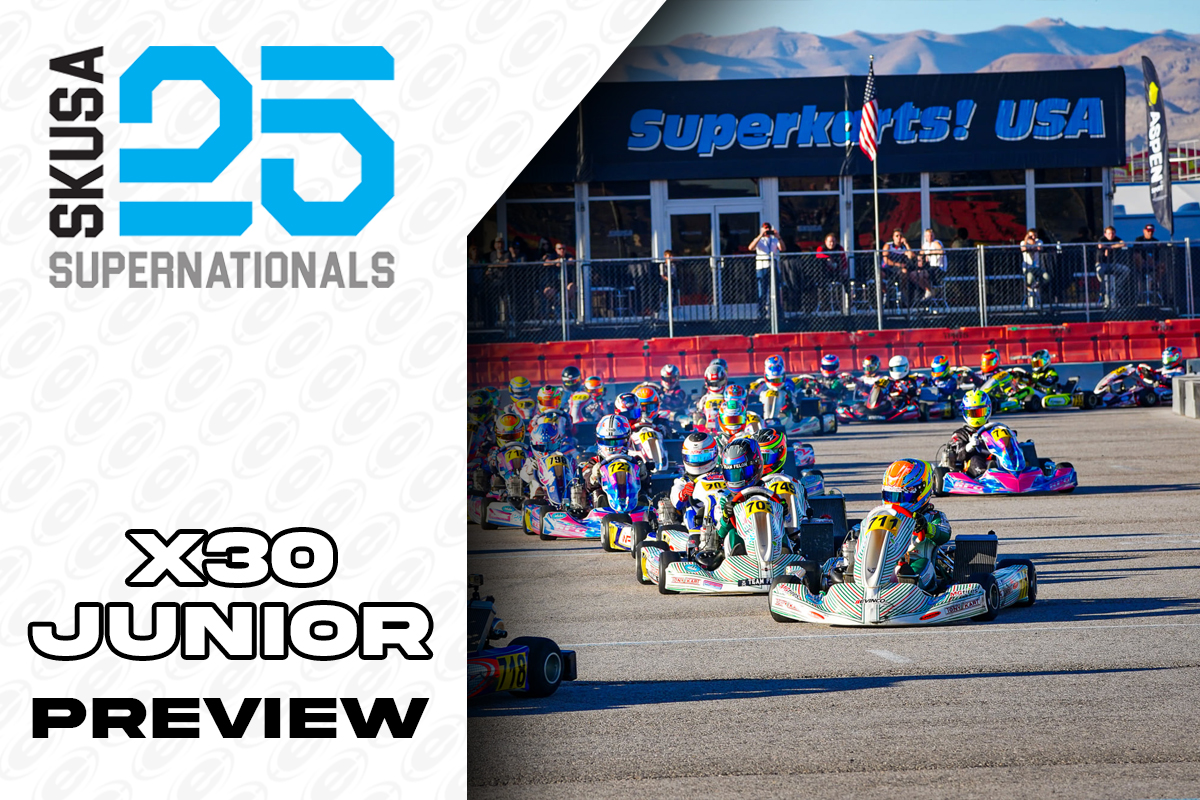 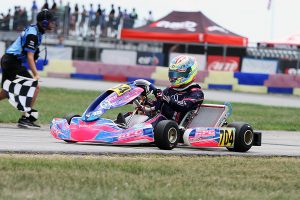 The Touch and Go (TaG) engine platform took the USA karting scene by storm in the early 2000s, but it was not until 2008 that Superkarts! USA introduced the Junior category to the SuperNationals. Since then, 13 different drivers have claimed victory on SuperSunday – including two current Formula 1 drivers (George Russell in 2011 and Lance Stroll in 2012). Logan Sargeant won the class in 2014 before becoming the only USA driver to win the FIA World Championship in Junior competitionin 2015. Now, he’s set to be on the grid in F1 for 2023. Others make this list a very well-established group of former winners, including last year’s victor Jeremy Fletcher, who became only the second driver in SuperNationals history to win twice in the same event – taking the top honors in both KA100 and X30 Junior.

Fletcher’s graduation into the Senior ranks opens the door for any of the 49 drivers to take the next spot in line by winning SKUSA SuperNationals 25. Among the most experienced at the SuperNats in the field is 2022 SKUSA Pro Tour and USPKS champion Caleb Gafrarar (RPG / Kosmic). He will make his sixth SuperNationals start having raced in the event since 2016 in the Micro Swift category. Gafrarar earned a podium in Micro and was on the podium last year after placing fourth in the main event. The top returning driver from last year’s SuperNationals is Max Garcia (MPG / Kart Republic). Garcia placed runner-up in his Junior debut to log a third-straight podium result at the SuperNationals coming off his Mini and Micro top-five results in 2019 and 2018. The Florida driver finished fourth in the SKUSA Pro Tour standings and was runner-up to Gafrarar in the UPSKS championship chase. 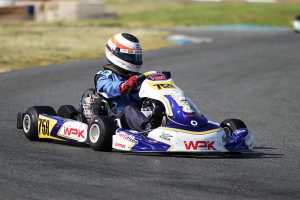 Ayden Ingratta was the third leg of this battle throughout the season in the Junior ranks, however, the Canadian is moving up to Senior ranks for the SuperNationals. Others who have been among the front runners on the season include Florida Winter Tour champion Steven Miller (CDR / Kosmic), double SummerNationals winner Sebastian Wheldon (JC / LN Racing Kart), SpringNationals victor Max Taylor (RPG / Kosmic) and USPKS race winner Cameron Brinkman (MDR / Kosmic).

Strangely, nearly half the field is making their SuperNationals debut, many of them from Australia with 14 in the field. Eight drivers are making their Junior debut at the SuperNationals, moving up from Mini Swift a year ago. SKUSA SuperNationals 24 Mini Swift winner Enzo Vidmontiene (MottazSport / Kart Republic) is among those. He has developed throughout the season, ending with a top-five performance at the USPKS finale in September. 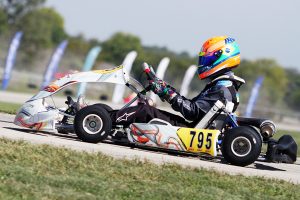 1 – Former SuperNationals winner in the field

23 – Drivers from outside of the USA

24 – Double duty drivers in the field