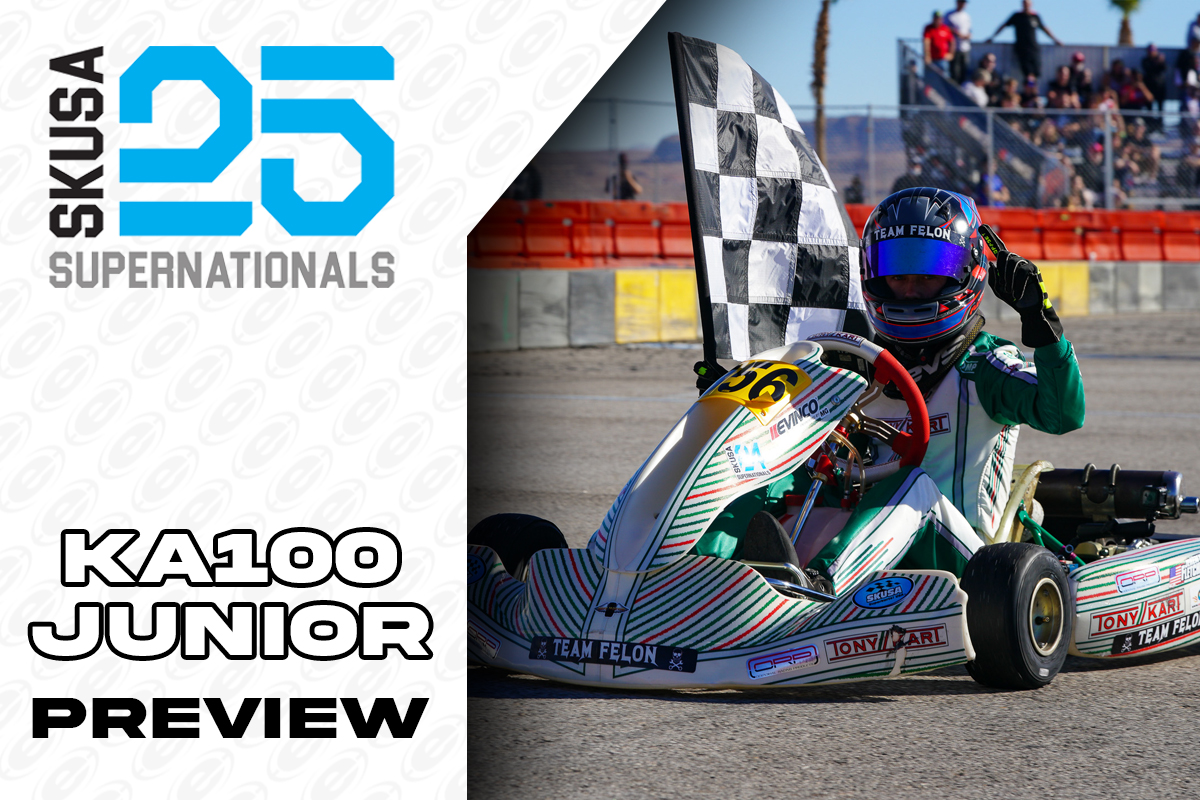 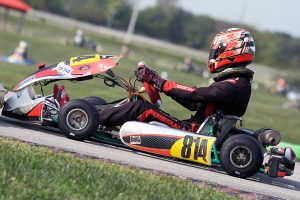 Cooper Shipman is looking to move one step better from his runner-up finish last year at the SuperNationals (Photo: EKN)

The 25th edition of the SKUSA SuperNationals will be the fourth year at which the KA100 Junior category has been offered. The 100cc craze is still booming after the class was introduced on the SKUSA Pro Tour and SuperNationals in 2018. Originally, the class was scheduled to be capped at 44 drivers this year, but numbers and interest continued to grow. For the first time in its four-year history, the class will offer an expanded roster, welcoming a whopping 65 drivers who will battle to become the fourth different winner.

The list of previous winners is a talented group, including inaugural victory James Wharton from Australia – who is currently a Ferrari Driver Academy pilot racing in F4. 2019 victor Brent Crews added a second SuperNats win to his resume that year, and is among the rising talents in the USA, competing in dirt oval racing while also winning in the Trans Am Series Presented by Pirelli program. Last year, Jeremy Fletcher became the second driver to win two classes at the SuperNationals, winning KA100 and X30 Junior, and now is among the top rookies at the Senior level.

Last year’s main event on SuperSunday went down to the wire. Watching the action throughout this season there should be no reason not to expect the same at SuperNationals 25. Two of the podium finishers who were in the hunt last year are returning for another shot at gold. Runner-up Cooper Shipman (IRM / Tony Kart) is back, as is Christian Cameron (AKR / Tony Kart). Shipman was among those mixing it up on the final circuit for the victory, coming up short to Fletcher. He finished third this season in the SKUSA Pro Tour championship standings and fifth in USPKS title chase. Cameron won the battle for fourth to earn his first SuperNats podium. 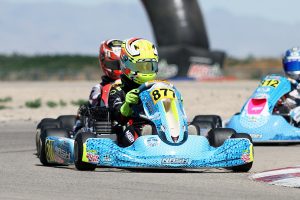 Among those in the fight last year was 2022 USPKS champion Helio Meza (IRM / Tony Kart). Contact with the barrier on the final circuit after taking the lead at the white flag took a possible SuperNats win away. Meza has been among the top Junior drivers on the season, winning the Texas Sprint Racing Series title and earning four podium results to end up fourth in the SKUSA Pro Tour despite missing the SpringNationals. Leading the way in the final standings in the championship chase was last year’s top qualifier Jesus Vasquez Jr. (Nash / EOS). The California driver won twice over the six rounds, winning twice in his two trips to the California ProKart Challenge as well.

Caleb Gafrarar and Max Garcia have been winning in KA100 Junior competition on the season as well. Gafrarar (RPG / Kosmic) won three times at USPKS to finish third in the championship, while placing runner-up in the SKUSA standings for 2022. Garcia (MPG / Kart Republic) led the USPKS standings for much of the season, winning twice in the first half and finishing second in the points chase. 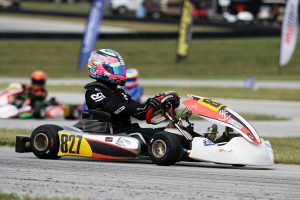 USPKS champion Helio Meza led at the white flag last year at the SuperNationals before ending in the barriers (Photo: EKN)

Aside from those drivers who have stood out throughout the season, there is a long list of competitors who are ready to make a name for themselves at the SuperNationals. Cameron Brinkman (MDR / LN Racing Kart) has shown pace during the summer season while Steven Miller (CDR / Kosmic) was on a hot streak earlier this year, winning the Florida Winter Tour championship. Max Taylor has come on strong since joining the RPG / Kosmic stable and Eli Warren (JSR / Redspeed) is coming off victory at the CKNA Grand Nationals 6. On the West Coast, Preston Lambert is representing the famed Trackmagic brand while Keagan Kaminski (GFC) is coming off championship at the California ProKart Challenge program thanks to victory at the series finale at CalSpeed. Both will be making their SuperNationals debut along with NorCal standout Stephen Eisert (SSM / Exprit).

A total of 34 drivers will be making their SuperNationals debut this year, including a strong crop of rookie Junior drivers. Those leading the freshmen class include a strong contingent with SuperNats experience, including a former race winner. SuperNationals 24 Mini Swift winner Enzo Vidmontiene (MottazSport / Kart Republic) is set to make his Junior debut at the Vegas event, coming off his victory a year ago. Oliver Wheldon (JC / Kosmic) finished third to Vidmontiene last year, and moved up to the Junior ranks after earning the SKUSA Winter Series title in Mini this February. Augustus Toniolo (RPG / Kosmic) is making his SuperNationals debut, coming in as a former Micro Swift race winner and FWT champion, to help lead the 19 international drivers at SuperNationals 25 in KA100 Junior.

1 – Former SuperNationals winner in the field

19 – Drivers from outside of the USA