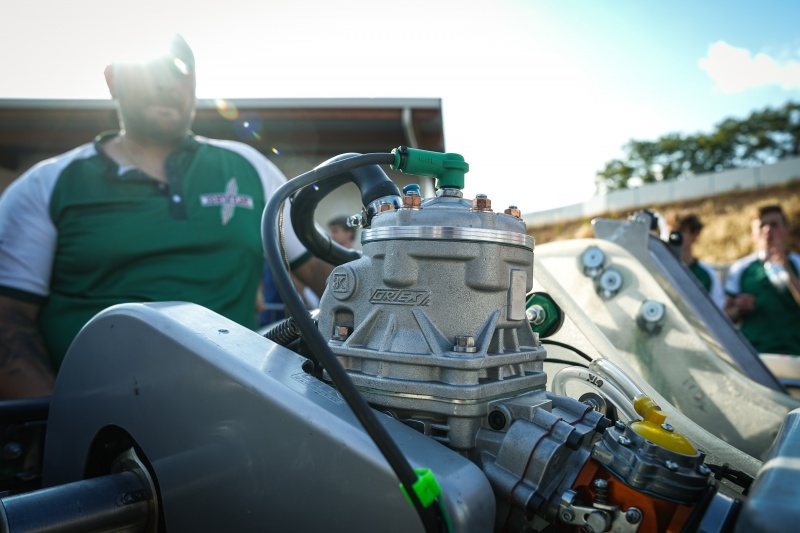 The OK-N category will be introduced to North America at the Challenge of the Americas in 2023 utilizing the Vortex powerplant (Photo: FIA Karting)

The kick-off to the 16th season for Challenge of the Americas action is just over three months away and series promoter Andy Seesemann is excited to announce a planned evolution to the program’s class structure, highlighted by the introduction of the OK-N category, the FIA Karting’s newest formula. In addition, one of the West’s longest-running series will be offering the ROK Shifter Junior class in 2023. In the past, Junior gearbox racing has developed many professional drivers, but it is not currently offered anywhere in the United States. The Junior shifter class will utilize the ROK Shifter engine with a restricted header as more class specifics will be announced at a later time. These two categories will be part of a condensed eight-class program as four of weakly-supported classes from 2022 will be dropped from the line-up.

Joining the introduction of OK-N and ROK Shifter Junior, the headline ROK Shifter and ROK Shifter Masters classes will return, as will the full roster of 100cc divisions for Senior, Masters and Junior. The Mini ROK division for the Cadet drivers is back, with a revised age grouping for drivers 8-12 years-old. This age window expansion has been done due to the removal of Micro ROK for 2023. The ROK GP categories – including Senior, Junior and Masters – will also be dropped from the class structure for next year’s program.

“Overall, we’ve had to take a look at what is working and what is not,” stated Andy Seesemann of FTK Promotions. “Numbers have not been there in Micro and the ROK GP categories over the last two seasons, and we see no possible growth in 2023. We have solid shifterkart numbers and what better way to develop that program then to groom the future of that class with a ROK Shifter Junior class. There has been a demand for this and the ROK Shifter is the perfect product to fill this niche. Development of a ROK Shifter Junior header has taken place this year, and I have been assured that we will have them before the end of the year.”

As detailed, rounding out the eight classes for the 2023 Challenge of the Americas will be an OK-N class. The new OK-N category has been established by FIA Karting as a simplified version of the OK engine platform, focusing on cost reduction. Performance, reliability and accessibility is the core of the OK-N platform (FIA Presentation) with the goal to boost karting at the national level across the globe. The long-term goal is to develop a specific FIA Karting World Cup from 2024 and beyond, bringing together qualified drivers from countries around the world. Four manufacturers are current partners with FIA Karting to develop the OK-N platform, with the Challenge working directly with Vortex to be the only engine package allowed for the first year of the class in the program. 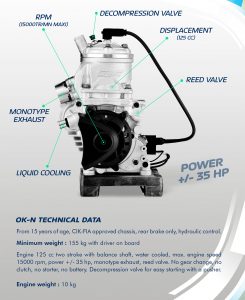 “We are excited to be the first program in North America to embrace the OK-N engine program,” added Seesemann. “These engines are due to be homologated in the next few weeks. Provided the process is smooth, as well as production with supply chain issues minimized, we are planning to offer OK-N for the 2023 season. To help start the development of the class, we will focus on just the Vortex model before branching out to include other manufacturers homologated for the class.”

Along with the change in class structure comes age adjustments for the 2023 Challenge of the Americas. The new OK-N category will be for drivers 15 years and older. For the new ROK Shifter Junior division, racers will need to be in the 12-15 years-old range. The competition age for Junior 100cc will be adjusted one year to 11-to-14 years-old.

As mentioned previously, the Mini ROK age will move to 8-12 years old. This drops the minimum age by only one year and the series will award the top finishing competitor in the point standings born after January 1, 2014 with a championship prize. One of the changes that is also set to take place for the Mini ROK division in 2023 is a different carburetor. A year-long development and production period for a Tillotson pumper carburetor to be retrofitted to the Mini ROK engine has been completed. Challenge officials have been assured that there are several hundred of these carburetors heading to the United States and to be available sometime in November.

2023 Challenge of the Americas Classes