Podium in OK for CRG at the WSK Open Cup 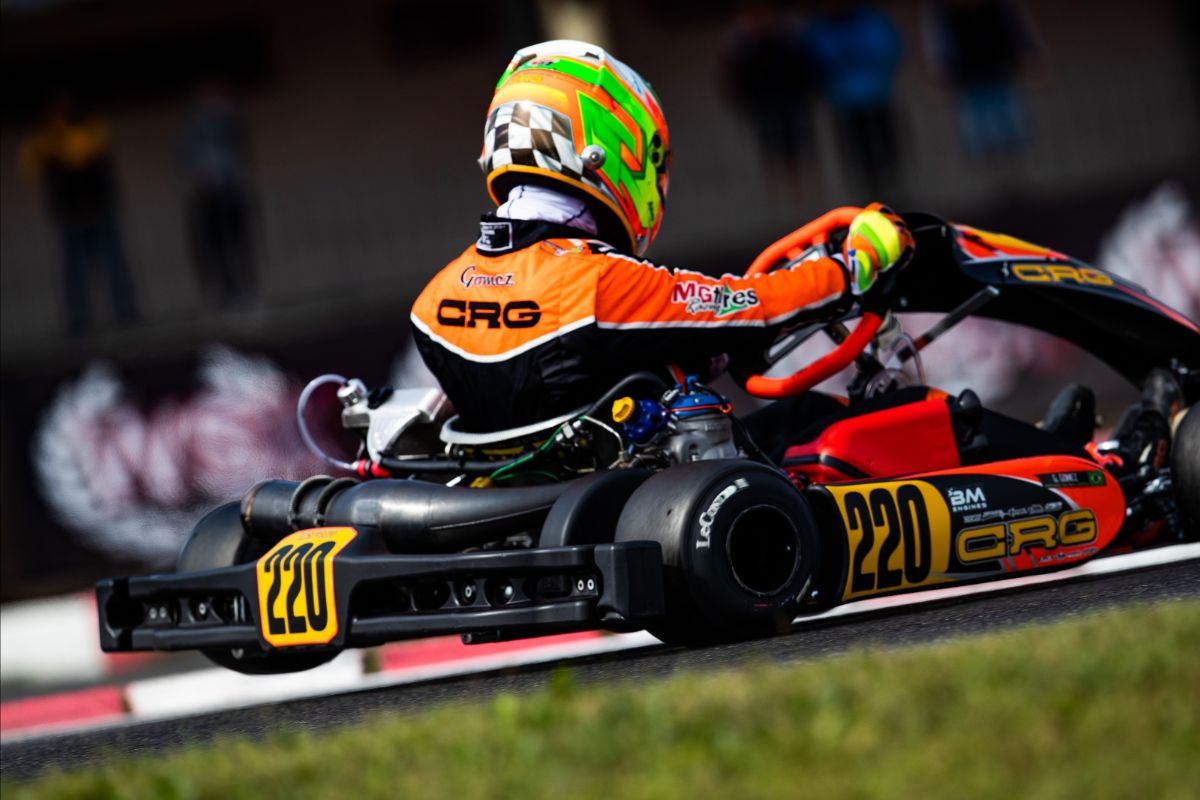 It has been a positive weekend for the CRG drivers who took part in the WSK Open Cup in Lonato, a single-trial event that opens the end-of-season appointments, where you can already feel that the 2023 season is about to begin, after both the OK and the KZ categories have competed in the FIA ​​World Championships in September.

From a sporting point of view, the podium was conquered by Gabriel Gomez in OK, a result that confirms the competitiveness achieved by the KT2 chassisin the direct drive classes. A solid performance was put up by the CRG colors also in KZ with 3 drivers in the top ten: Jeremy Iglesias finished P4, Viktor Gustafsson P5 and Paavo Tonteri P6. Natalia Balbo‘s race in KZ was also very positive, P12 at the finish line with a really competitive pace. As for the results from the track, it must also be said of Simone Bianco‘s excellent performances in OK in the qualifying phases, even if in the Pre-Final the Italian was involved in a race accident at the start that compromised his result also in the Final. Similar fate for Scott Lindblom, one of the fastest drivers in OK Junior, but penalized by a retirement in a qualifying Heat due to a technical problem and by a non-exceptional Qualifying, factors that forced him to start in the middle of the group in the Final, getting stuck in the traffic. The Lonato race also saw Cristian Blandino‘s debut with the CRG colors in the 60 Mini category, where he joined Oliver Rasmussen. The Sicilian driver suffered a negative Qualifying in the rain, but managed to get the Final and showed great potential in the qualifying races, while Rasmussen did not qualify for the Final by just 2 points, due to a contact in one Heat.

Beyond the sporting results, the Lonato race was very important for the CRG Racing Team from a technical point of view, as there was further positive feedback on the Racing chassis that will be marketed for 2023 and for the preparation work for the next international karting season.

Full results of the event are available at www.wskarting.it

Gabriel Gomez (OK): “I am happy for this podium which repays us for some bad luck we have had during this season. This race confirms the positive technical evolution we have had on all fronts, from the chassis to the engine and also in terms of my driving. We are very happy because after having achieved very good performances in the FIA races with MG tires, also here in WSK our KT2 chassis was perfect with Le Cont tires and this ability to be versatile with different types of tires is a very important aspect from a commercial point of view. Unfortunately, in Qualifying with the rain we weren’t fast and in the Heats I had to make up for it, but then in the Final the pace was really good and if I had started a little further I would have certainly been able to fight for the victory. A special thanks to all the technical staff of the team, but also to Nicola Boscaini who supplies us with the Iame engines, always very competitive”.

Jeremy Iglesias (KZ): “Today we have lacked a bit of speed to conquer the podium in the Final and we will have to analyze the telemetry data to understand the effectiveness of some adjustments we made before the race, especially on the engine front. We took part in this weekend mainly to test some technical components for next season and the final result was not our priority. The positive aspect is that also this race has confirmed we have a very versatile and competitive chassis in all track conditions, considering we have done Qualifying in the rain and then moved to a very slippery track, without grip in the Heats, up to the end on Sunday with the sun and excellent grip conditions”.