From the back to the front, Gafrarar proves his prowess 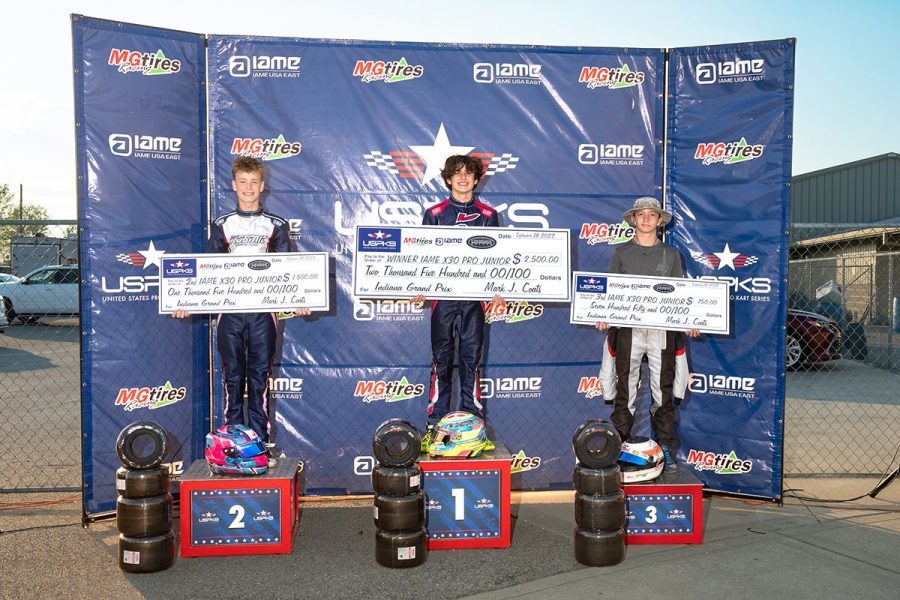 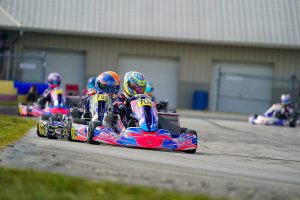 Saturday would start out with mixed results for Gafrarar as his top-ten pace from Friday’s practice sessions bled into Saturday morning’s qualifying. Shooting for the pole position in both the X30 Pro Junior and KA100 Junior classes, the RPG driver could only manage fifth and fourth place efforts, eventually setting up an exciting day of wheel-to-wheel racing.

In the KA100 Junior class, an outside row two starting spot led to a prefinal win and pole position for the main event. Racing hard to earn himself a spot on the podium, Gafrarar fell down the running order early but battled his way back to fourth. The real excitement came from the X30 Pro Junior class as Gafrarar jumped to the lead in the prefinal and seemingly had the win in the bag. A mechanical issue with two laps remaining after establishing a 1.9-second lead saw the youngster tumble down the results sheet and an eventual P29 result.

Starting at the tail of the field, Gafrarar had nothing to lose in the main event and immediately went on the attack. Showing his drive to win, the multi-time victor quickly climbed into the top-20 and into the top-ten. As one of the fastest karts on the track, Gafrarar continued to march forward taking the lead late in the race, and never looked back.

“What a day!” expressed Gafrarar. “The speed was there all day, but we had a little misfortune. We turned that around to earn the victory. The goal tomorrow is to qualify a little better, continue the string of podium finishes, and close out the USPKS program strong.”

Back to the track on Sunday, it was a similar qualifying performance in the KA100 Junior class as Gafrarar was only able to muster the fifth quickest lap time. Focused on moving forward, he finished second in the prefinal before taking a dominant victory in the main event scoring the checkered flag by more than three seconds over his closest competition.

Improving his single lap pace in the X30 Pro Junior qualifying session, Gafrarar earned the pole position and inside front row starting spot for the prefinal. Handily winning the first X30 wheel-to-wheel action of the day, Gafrarar repeated his performance in the main event to top the podium blocks, score the fastest lap of the race on his final lap, and sweep the day’s races. Along with the win, Caleb Gafrarar earned $2500 for the overall X30 Pro Junior weekend winner and is your United States Pro Kart Series X30 Pro Junior National Champion.

Caleb Gafrarar would like to thank Rolison Performance Group, OTK USA, Kosmic, his mechanic, Will Orsini, Circle K, Molecule, Bell Helmets, Minus 273, From the Ashes, and CPI Security for the continued support in the 2022 racing season.