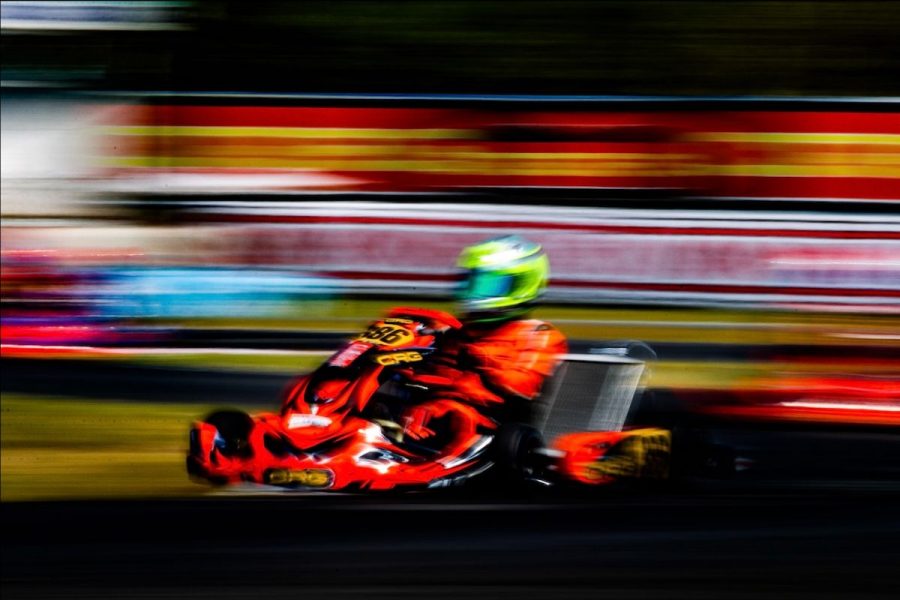 September is the month of the Karting World Championships and after the amazing Le Mans weekend at the beginning of the month, in which CRG won the FIA ​​World Championship KZ and the KZ2 World Cup, this week from 14thto 18th September on the Sarno track will take place the FIA ​​World Championship for the OK & OK Junior direct drive classes. All the best international karting drivers will compete for the titles that can open the doors to motorsport for them and guarantee a very important showcase from a sporting and commercial point of view to chassis and engine manufacturers. 93 drivers in the OK category and 111 in the Junior category will take part in the event, representing 49 different countries.

CRG will be there with its own Racing Team made of 8 drivers in OK Junior and 5 in the OK top class. In OK Junior the line up will consist of the South African Nikolas Roos, the Swedish Scott Lindblom, the Portuguese Francisco Macedo, the Finnish Nico Lahnalahti, the Italian Michael Ider, the Colombian Sebastian Garzon and the Brazilians Enzo Nienkotter and Gabriel Sano. All Junior drivers will use TM engines, while Vega option tires will be used as per category regulations. The CRG line up for the top class, includes the Brazilians Gabriel Gomez, Olin Galli and Filippo Fiorentino, the Spanish Adrian Malheiro and the Italian Simone Bianco: all of them will compete with Iame engines and MG prime tires.

The CRG team and the drivers have been preparing them in the best way for this important meeting, both by taking part in the WSK race weekend last July and by participating in the Italian Championship at the end of August, an event in which Gabriel Gomez achieved success. In both events, the work was carried out on both the chassis and the engines, but above all the drivers were able to consolidate the right feeling with the track. The feedback from the work done is very positive and there is a lot of confidence within the team’s technical staff.

The event program will kick off on Friday with Qualifying Practice and the first Qualifying Heats and then will continue on Saturday with an intense day that includes 26 races. The titles will be awarded with the Finals on Sunday scheduled at 1.20 PM (local time) for the Junior class and at 2.20 PM (local time) for the OK one. The show on the track will be exceptional and for all fans who cannot attend the event live, Live Timing and Live Streaming will be available from Friday on the website www.fiakarting.com.

Nikolas Roos (OK Junior): “This weekend is worth a whole season and I can’t wait to get on track. We have trained very well in the race at the end of August, finding an excellent set-up base, just as our TM engine has always been very competitive. I like the track, it’s fast, but it also alternates very technical sections with many changes of direction. The level of the drivers attending the race is very high, but just as we have been competitive here in the last two races, we believe we can be so also this weekend. We hope that the weather conditions will be good for the entire duration of the event because a Championship that is awarded in a single stage already has a high variable component and the rain would complicate everyone’s work”.

Enzo Nienkotter (OK Junior): “The three international races I have done with the CRG team here in Europe this year taught me a lot, both for the professional support of the team’s technicians and for the very high level of the drivers and the teams who take part in them. I hope and believe this experience will allow me to be competitive this weekend. It is difficult to predict, but I have shown the speed to stay in the top positions and I have always had a good feeling with the chassis, so I start this weekend with a good dose of optimism”.

Gabriel Gomez (OK): “The weekend we spent on this track at the end of August, when I have won the Italian OK Championship, allowed us to do a lot of useful tests, both for the engine and for the chassis. Our KT2 chassis is a perfect fit for this circuit, where there are fast corners and many changes of direction in which we are very fast. One of our strengths will also be the Iame engine, so we get here with all the credentials to be very competitive. This season, in which I have raced continuously in Europe, I think I have improved a lot also as a driver and this weekend I would like to end this season and the path I have made with the team in the best possible way”.