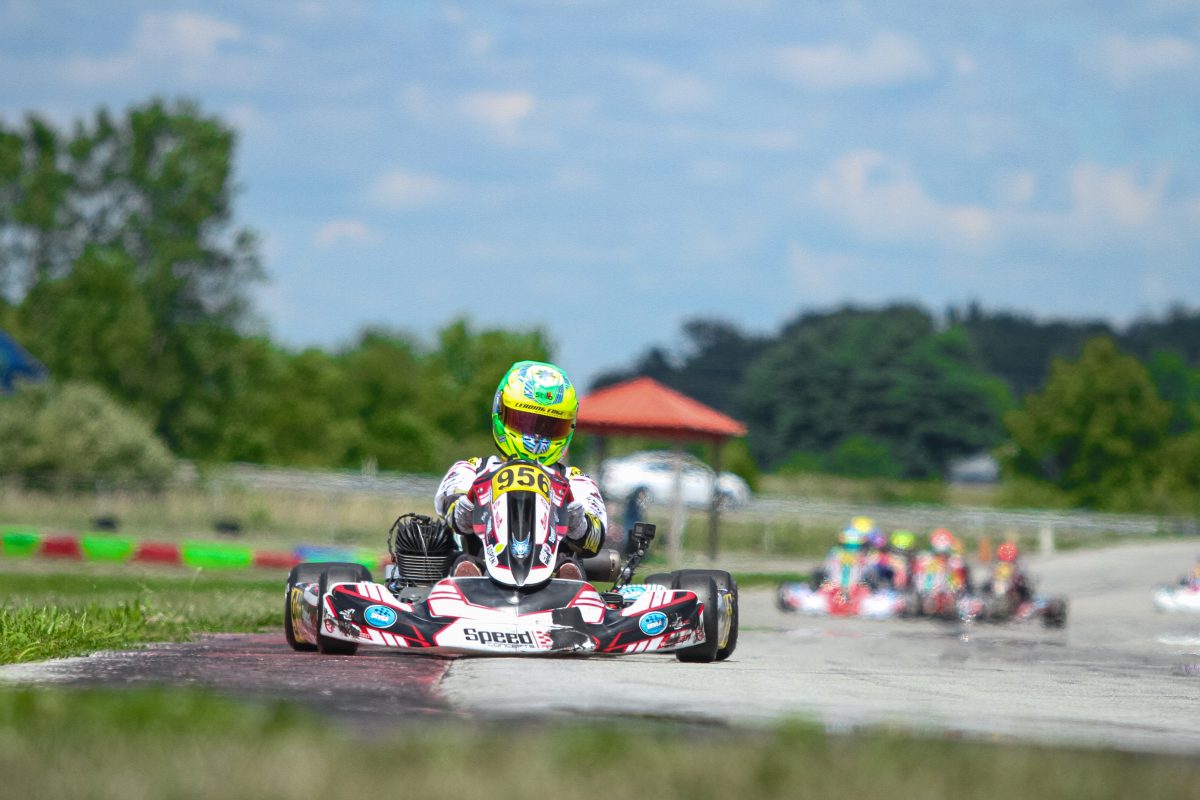 Oliver Calvo is by far one of the most versatile drivers in the North American karting scene we have seen in some time. The 18-year-old northern California native and 10-time national champion is a driver who you can always count on having a shot for the win no matter the circumstances. He’s driven on over six different chassis manufacturers in the past five years and has found success on each and every one of those karts. Calvo has also racked up numerous wins in series on the west coast in the Superkarts! USA ProKart Challenge and the KPX Karting Challenge. He’s been recognized by Mazda Motorsports as one of the top karters in the country and was given the opportunity in 2020 to compete in Mazda’s annual scholarship shootout at Road Atlanta. But in New Castle last month, he showed sensational pace in the KA100 Senior class to not only win his first Pro Tour race, but go on to do it again Sunday, sweeping the weekend in a class known for an incredibly high level of competition.

Calvo has also found great success at the legendary Streets of Lancaster Grand Prix, having four victories under his belt. He scored his maiden win in 2016 in the X30 Junior division with Topkart. He would go on to win the following year, again in X30 Junior. After switching to the Parolin chassis for 2018, he would make it a hat trick of victories after beating his nearest rival by over seven seconds at the line. In his first year in the senior categories in 2019, Calvo yet again took victory in KA100 Senior where he came out on top after a photo finish in the final. 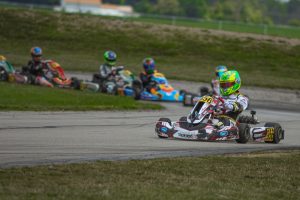 Calvo put in on the front row in qualifying on both days
(Photo: eKartingNews)

He started off 2022 at NOLA Motorsports Park in early April for the first round of the Superkarts! USA Pro Tour. The weekend started off strong with the Redspeed pilot putting it on the second row in fourth and would hold that position in the prefinal. He found trouble in the final around lap five, finishing down in 11th. Sunday showed more promise, this time missing out on pole by five-thousandths of a second and would roll off second. After a disqualification in the prefinal, Calvo would charge through the field from the back of the pack to fourth just missing out on the podium.

After missing the SpringNationals at what he has described as his favorite circuit, Utah Motorsports Campus, he returned to the Pro Tour scene in Indiana for the final two rounds. Calvo was by far and away the driver to beat in KA100 Senior. In every competitive session on the weekend, his lowest position was second. Calvo qualified on the outside pole for Saturday, missing out by less than a hundredth of a second to Alex Stanfield. He would stay in second in the Prefinal and it was looking like it could be redemption day from NOLA. Calvo fought hard for the lead in the early stages of the race, but once he got there, never turned back. He came across the line, two wheels in the dirt, to win his first ever Pro Tour race. He described how much passion and joy he felt after finally being able to get that first win at the Pro Tour after he came across the line, but the work for the weekend wasn’t over yet.

As with Sunday, Calvo qualified second next to championship winner Jeremy Fletcher. The two would duel throughout the Prefinal and Final, with Fletcher taking the win by a couple of tenths in the Prefinal. After a wild race in the Sunday Final, Calvo would come to cross the line in second, but after multiple time penalties going to the on-track winner, Calvo would take yet another well-deserved Pro Tour win. 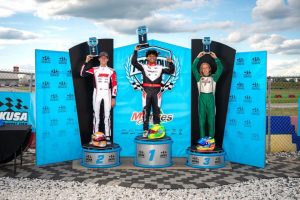 Chassis: Redspeed
Engine/Engine Builder: Comet Racing Engines
Sponsors: Minus273, Stilo, HRX, Hog Rydaz
Series You Compete In: Superkarts! USA
Years Karting: 13
How did you get started in karting: Grandpa raced in El Salvador, then my dad raced, then my sister, and finally me.
What has been the high point in your racing career: Breakout back-to-back wins at the SKUSA ProTour
What are your goals in racing: Just to have fun and make lifelong memories with friends and family
In a few words, how would you describe your driving style: Aggressive and smart
Funniest moment at the racetrack: Every time I’m with the hogs

What do you do when not at the track: School, gym, hangout with friends, and play videogames
What are your goals outside of karting: Graduate college with two degrees, one in Psychology and Brain Sciences, and the other in Environmental Studies
What type of street car do you drive: Honda Civic
What type of street car would you like to drive: Toyota Supra
What are your pet peeves or things that irritate you: Repeating myself multiple times
What do you think could be done to improve the sport of karting: Less politics and too much drama, everyone is too soft nowadays.
What are your favorite aspects about the sport of karting: The amazing relationships built throughout the paddock accompanied by life-long memories and, of course, winning!