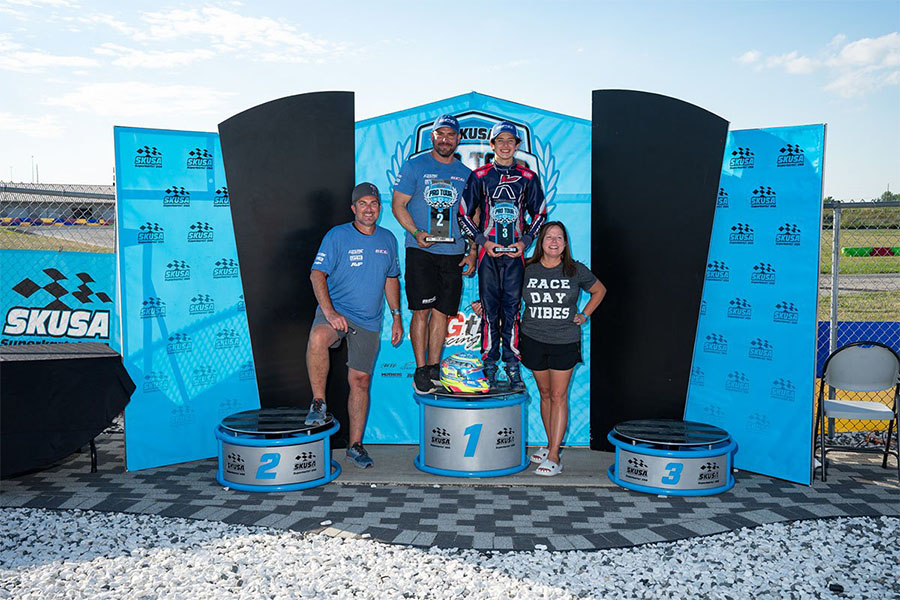 Descending on the New Castle Motorsports Park in Spiceland, Indiana, Caleb Gafrarar left the premier karting facility as a Superkarts! USA (SKUSA) Champion. Competing in the motorsports capital of the world on the same weekend as both INDYCAR and NASCAR, Gafrarar proved that he has the talent and skills to make it to the upper echelon of North American motorsports. Leaving the weekend with a couple of podium results, the main goal of the weekend was the SKUSA National Championship which he earned in the X30 Junior ranks.

As he has all season, the Rolison Performance Group driver saw action in a pair of classes as he battled in both KA100 Junior and X30 Junior. Taking on some of the top junior drivers from around the world, Gafrarar entered the event with a shot at two national championships but would need to have some racing luck to achieve both.

With his focus on the talent filled X30 Junior class, Gafrarar’s best results would come from that division over the weekend. Saturday saw Gafrarar steer his Circle K and Molecule Sports branded Kosmic to a P3 effort in qualifying and maintain that position in the prefinal. Fighting for the race win in the day’s main event, the North Carolina resident leveled up to P2 and earned the second step on the podium. Happy with the finish, Gafrarar returned Sunday even more determined. After securing the pole position in qualifying, Caleb G went on to claim the win and fastest race lap in the prefinal and accompanying pole position for the main event. Lining up on the inside of the front row, Gafrarar and two additional competitors pulled away from the field to make it a three-driver race. Battling hard lap after lap, but with seven laps to go, Gafrarar made a pass to take over the second position for good.  Crossing the line a scant .083 behind the winner but with the result, secured his first SKUSA Pro Tour National Championship.

It was a little bit of a tougher go in the KA100 Junior class after it started Saturday morning with the elusive pole position. After a penalty in the prefinal due to an accident responsibility call, Gafrarar was classified in 16th and would start the main event from the outside of row eight. After getting pushed back to P20 on the start, driving like a champion, he took the lead on lap eight.  By the checkered flag, he crossed the line in the fourth position, but was relegated back to eighth due to another on-track penalty. 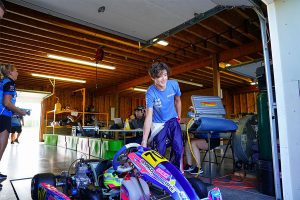 Sunday saw Gafrarar qualify on the front row, this time in the second position but he quickly drove to the front of the prefinal to earn the win and fastest race lap. Starting from the pole position for the main event, Gafrarar earned another 2022 podium result crossing the line in third.

“We came and we accomplished what we wanted to do,” explained Gafrarar. “I have finally won my first ever SKUSA Pro Tour title. I am so happy and can’t thank RPG, Circle K Stores, Molecule Sports, and everyone that has stood behind me. Let’s keep pushing!”

With the title secured, Caleb Gafrarar is now focused on more race wins, podium results, and championships for the remainder of the 2022 season.

Caleb Gafrarar would like to thank Rolison Performance Group, OTK USA, Kosmic, Circle K, Molecule, Bell Helmets, Minus 273, From the Ashes, and CPI Security for the continued support in the 2022 racing season.