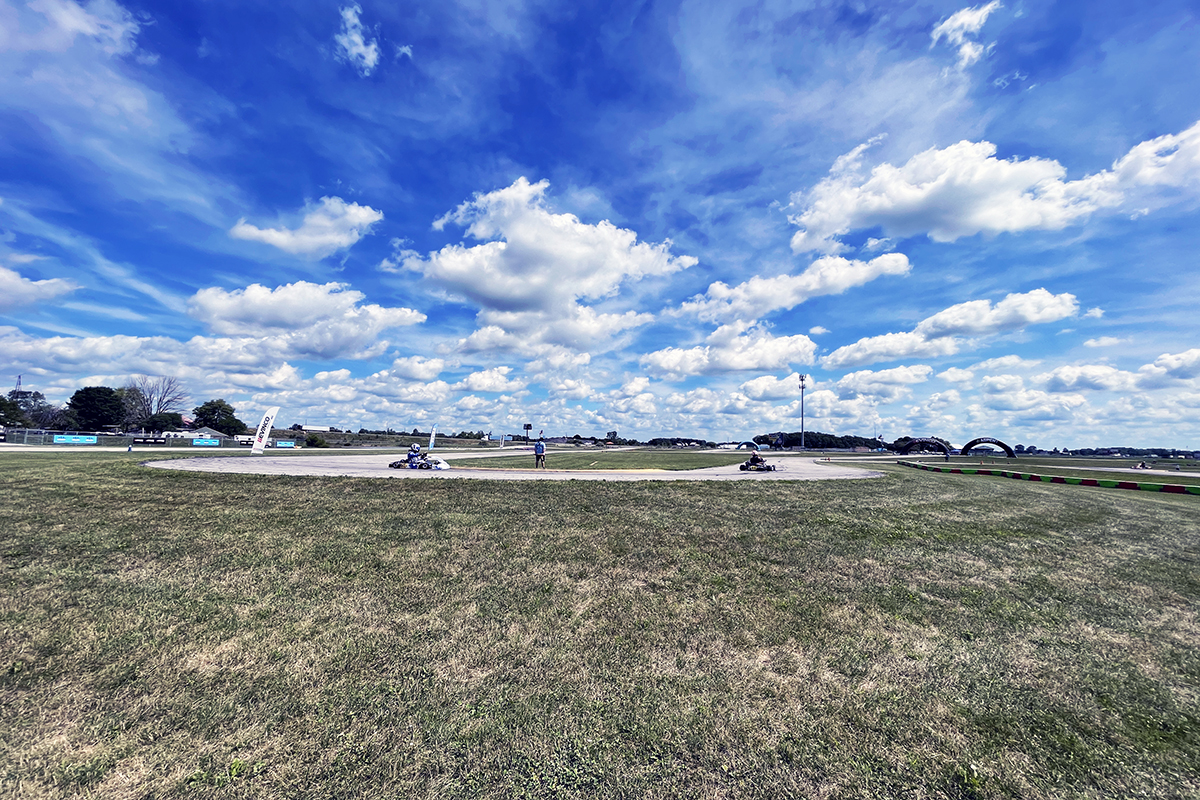 EKN’s Paddock Insider is part of our Trackside coverage, bringing you notes, updates and breaking news as it happens. The article will feature notes from trackside at the 2022 Superkarts! USA Pro Tour SummerNationals at the New Castle Motorsports Park over the July 29-31 weekend. This is insider info will not be seen anywhere else. Please feel free to comment and discuss our coverage and today’s action in the EKN Global Members Discussion area below.

The Chase for the Championships Ends Here 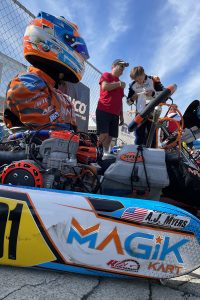 After two events, the 2022 Superkarts! USA Pro Tour championships are to be decided here at the SummerNationals. Two rounds of racing are all that is left for the 13th season of the only true national championship here in the United States. Everyone here is going for victories in the eight different categories over the Rounds Five and Six, while a handful of drivers are gunning for that #1 SKUSA plate to etch their name into the record books and carry throughout the 2023 season. There is no championship clinched yet heading into the weekend, so eye will be on those championship contenders each session come qualifying on Saturday, and EKN will have the spreadsheet working to keep up with who still has a chance, and who has made history.

From Indoor Karting to the SummerNationals 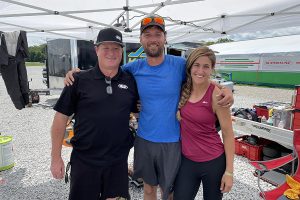 Two new racers to the Superkarts! USA Pro Tour are here at the New Castle Motorsports Park with a husband/wife pairing in the Master Shifter class. Justin and Tiffany Kelly are making their SKUSA debut, racing out of their flatbed trailer and under two EZ-ups aboard their CRG / IAME SSE 175 machines. The two have been car racing, including NASA, with the karts just sitting there in the garage. For 2022, they decided to go all-in on karting this year, and have traveled from Omaha, Nebraska to several events, including the Quincy Grand Prix, Stars Championship Series and others. Their plan is to race here and later compete at the SKUSA SuperNationals 25 under the Ron White Racing tent. 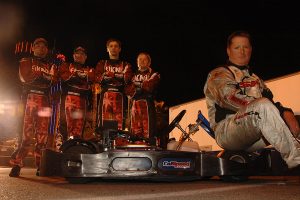 Justin was part of the IndoorKartingNews team at the Machismo 500 in 2009 in Vegas (Photo: OnTrack Promotions – otp.ca)

What makes their story so unique and brings it full circle to EKN, is the fact that Justin was part of the IndoorKartingNews.com race team at the Machismo 500 in 2009 at the SuperNationals outside the Rio. Kelly was part of a team created by Howden Media Group’s own Rob Howden to compete at the endurance night race in rental karts, taking four drivers who qualified through their indoor league championship. Kelly joined Mike Bednar, Mike Smith – who is the current track manager and SuperNationals 24 co-announcer – and Jean Hoy as part of the team with Howden putting in a stint. They would go on to win the Sport category.

Parolin USA Testing for SuperNationals and 2023 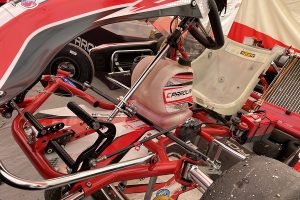 Parolin USA in development of the full size model for the 2023 season (Photo: EKN)

Teams and manufacturers are already looking ahead to the 2023 season, beginning this weekend with Parolin USA. The Florida-based operation is looking to the full-size model development for here in the United States. Zachary Claman-DeMelo is the pilot working on the ‘Le Mans’ model and a ‘to be named’ prototype that will be the standard chassis for the 2023 season. This has been in the works already for much of the season, however, the focus has been ramped up now that we are into the second half of the season. Parolin USA was here last weekend as part of the NCMP SKUSA Warm-Up event, getting plenty of data between the product they have now, and what they are looking to bring for 2023. Now that MG Tires are utilized in European competition, the development is even more direct with the factory in terms of feedback and on-hand testing. This new prototype is set to debut at the SKUSA SuperNationals 25 this November with a large contingent of drivers from across the globe set to join Parolin USA in Las Vegas.

Master Categories on the Clock for SuperNationals 25 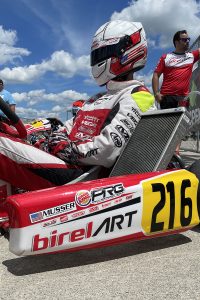 One of the topics we discussed with teams throughout the paddock to begin the weekend is the addition of the KA100 Master class to the SuperNationals 25 lineup. This would be the debut of the category at the Vegas spectacular, however, SKUSA is asking that they have a minimum of 25 drivers registered by August 21 to confirm the class on the schedule. It has not been promoted as needed since registration was open, and thus, we were putting the boots on the ground to get an idea of what to expect. We have already talked with Trinity Karting Group, Harden Motorsports Group, and Rolison Performance Group about getting entries in for the class. EKN will be breaking news next week about one driver set to do battle at SuperNationals 25 in KA100 Master.

X30 Master is looking solid in terms of entries, nearing the 30-driver mark already and getting notable names. The most recent announcement is four-time SuperNationals winner Kip Foster set to return to SuperNationals, joining PSL Karting and Birel ART for Vegas. EKN has also confirmed that Dave Sera will move to X30 Master for SuperNationals 25, making his debut in the category as he is still vying for that elusive SuperNats victory. Master Shifter is over halfway to the 25-driver minimum, and includes five-time SKUSA Pro Tour champion Jordon Musser – who is here at the SummerNationals competing in the Pro Shifter class. Musser is one driver who has come close to winning at the SuperNationals but not yet secured that victory. This will not be the first time we have had three Master classes at the SuperNationals, however, it will be the first time with three different engine classifications for drivers 30-years-old and above.