Shifterkart, 100cc and Briggs & Stratton drivers have chance to continue reign over the Quad Cities once again 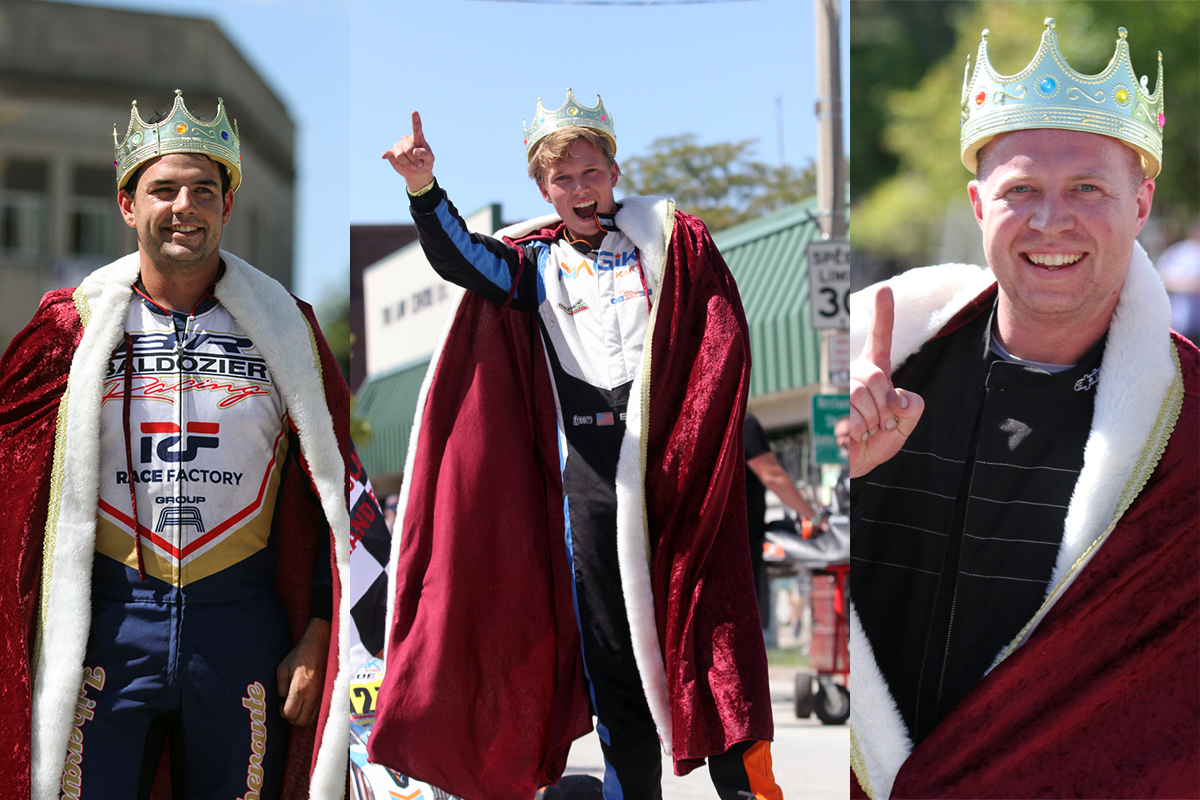 Race Liberante, Andrew Bujdoso and Michael Dittmer are set to defend their crowns at the 2022 Rock Island Grand Prix

Rock Island, Illinois is a town of 37,000 people located in the northwestern corner of the state, on the border with Iowa, separated by the Mississippi River. The first two homes were built in 1826 and the town was officially incorporated in 1941, known for its rich history and architecture. The first football game that would eventually turn into the NFL was played here in 1920. To most, Rock Island is an unassuming town, but to those in North American karting, the words ‘Rock Island’ mean more than just a city. To karters, it means one of the most prestigious street races in the sport. It means Labor Day weekend, hay bales and plastic barriers lining the streets, and it means a race that every karter wants to win. When we think of Rock Island, we think of the Rock Island Grand Prix.

The Grand Prix is traditionally held on Labor Day weekend and the 2022 edition of the race is no different. The two-day event will have karts roaring around the streets of Rock Island throughout the opening weekend September. The circuit is settled in between 2nd and 4th Avenue in northern Rock Island, just a few blocks away from the Mississippi River and Rock Island’s border with Iowa.

The class structure remains unchanged from last year’s proceedings, with 18 classes for competitors to choose from. For those wanting to run their four-cycle machinery, eight Briggs 206 options are available, with classes ranging from Medium to Heavy. Margay also continues their support of the event and of 206 racing with their Ignite classes. In two-cycle, both 100cc and Yamaha classes are on tap, along with Open Shifter and Open Shifter Masters. Vintage racing is a staple of the Grand Prix and it’s one that fans and drivers all look forward to. Three vintage classes are available in the forms of Vintage Open, Yamaha and Mac. Finally, the big ones, 100cc and Briggs 206 will both have King of the Rock categories, along with the long-standing King of the Streets shifter class. 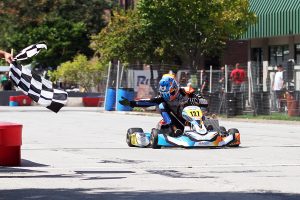 Andrew Bujdoso dominated the King of the Streets to earn his first crown in 2021 (Photo: EKN)

It’s hard to find a more iconic race than the Rock Island Grand Prix. Thousands of drivers and spectators descend on Rock Island County every Labor Day weekend. Racers fight tooth and nail, inches away from the bales to try and win, of all things, a Rock. That Rock has so much more meaning though, as it’s the ticket for you to join the ranks of RIGP greats like Alan Rudolph, Kyle Wiegand, Tony Neilson, and the Rock Island ‘Emperor’ Gary Lawson. Compete on the same streets that IndyCar drivers Graham Rahal and Conor Daly, along with former Formula One driver Scott Speed, did during their karting years. Holding that Rock means you kissed the walls, braved the bumps and outdrove everyone behind you. There are not many races that can put you in such a highly regarded spotlight as this race can. If you win this race, you go down in karting history.

The latest to leave the Quad Cities as King was the 2021 winner Andrew Bujdoso. Bujdoso commented about how cool it was to win last year, and how he hopes to help keep the Grand Prix on the calendar for years to come.

“Winning it last year was just to get my name added to the record books of all the really cool drivers,” Bujdoso told EKN. He went on to state how he wants to help make it a party for the next generation of drivers, saying how NKA’s guidance on the event is helping with that goal. “A historic street race like this one cannot die like Lancaster and Lonestar.” Bujdoso showed excitement for the growing interest in shifterkart racing in the United States and hopes that it can help gain traction for the event, along with the Grand Prix being live broadcasted and the fact that the cash prizes are increasing. 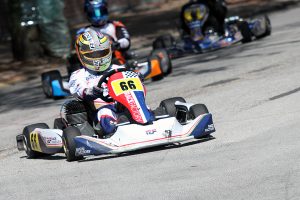 What was once a single kingdom is now split into three beginning at last year’s Rock Island Grand Prix. The King of the Rock 100cc and King of the Rock Briggs 206 races were established in 2021 to provide a ‘pro’ category for the popular two-cycle and four-cycle engine packages.

The King of the Rock 100cc inaugural winner was Race Liberante, no stranger to wearing the crown as he was the King of the Streets in 2019.

“King of the Streets to this day is my favorite title I’ve won in my karting career,” said founder of Race Factory, Race Liberante. He went on to talk about how both concurring the tricky Grand Prix circuit along with the caliber of drivers is what makes winning at Rock Island so special. “King of the Streets is the top of the pyramid but the King of the Rock races are no joke,” said Liberante. This year, Liberante is setting his sights on being the first driver in the history of the event to win all THREE King classes to become the first driver ever to win all three.

King of the Rock Briggs 206 was a popular addition and a chance for the grassroots racers to really be highlighted at the Rock Island Grand Prix. 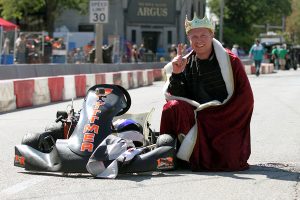 “For me, the Rock is the race we put the most effort into winning,” said last year’s King of the Rock for 206, Mike Dittmer. He talked about how much last year’s wins on the streets of Rock Island meant to him, being that it’s his home race. Dittmer raced the Rock Island Grand Prix many times before last year, but through one way or another couldn’t put a winning performance together, so when he won last year, he talked about how big of a relief it was to finally have that all-important race win. “The place is so hard to win at and you never know if you will get a win. I went through multiple years of dry spells and hard wrecks, so to win the biggest race of the day is a rush of emotions.”

Rock Island is a race on every driver’s bucket list of the ones they want to win. Some will go years, even decades trying to chase that crown and the bragging rights, being able to say you won one of the most prestigious races karting can offer. But even when after you win the Grand Prix, after the crowning and the banquet, they always come back for more, to redeem their title. And that’s exactly what last year’s winners will be doing this Labor Day weekend.

For your shot at being crowned a king at the Rock Island Grand Prix, go to www.racerockisland.info to register and for more information, and be sure to follow them on Facebook and Instagram for updates on this year’s Grand Prix.