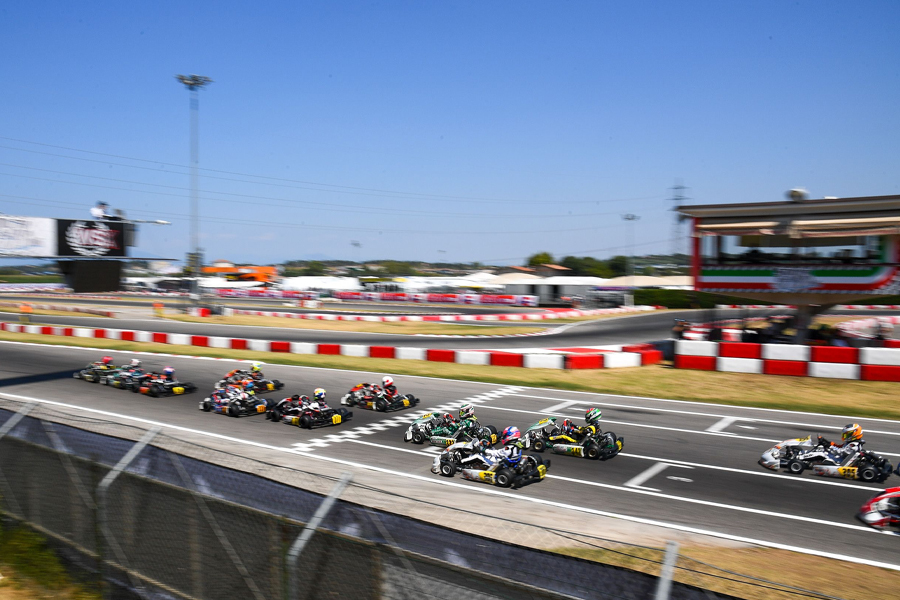 The second racing day of the opener of WSK Euro Series at the South Garda Karting circuit in Lonato ended the qualifying stages after 42 heats run by the 240 drivers present. The final stages will take place on Sunday, July 17th with Prefinals from 10:20 and Finals from 13:00. The Live Streaming will be on  wsk.it and Motorsport.tv.

KZ2 – In the heats, Iglesias clinched the lead from Albanese. 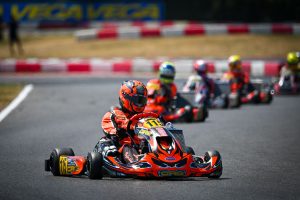 In KZ2, after the initial domination of the Italian Danilo Albanese (KR Motorsport/KR-Iame-LeCont) in qualifying practice and in the first two heats, when he led French Jeremy Iglesias (CRG Racing Team/CRG-TM Racing) by a small margin, the third heat was won by the French driver, who installed himself in the lead of the provisional classification thanks to his great placings in the first two heats. Behind Iglesias and Albanese, another CRG driver, the Swede Viktor Gustavsson was constantly in the first two positions. The top of the charts was completed by the Spaniard Genis Civico (Modena Kart/Birel ART-TM Racing) and Alex Irlando, also on CRG, and the French Tom Leuillet (Leclerc by Lennox Racing/Birel ART-TM Racing).

OK – Ippolito slips behind as Deligny takes the lead. 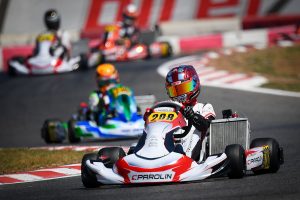 The main protagonist of OK at the beginning of the weekend was the Italian Paolo Ippolito (KR Motorsport/KR-Iame-Vega), who is usually one of the protagonists of the shifter category, but in Lonato he decided to compete in the direct drive category. Ippolito posted the pole position time in qualifying and won the first heat, before retiring due to an incident and therefore losing a lot of places. The lead went to the French Enzo Deligny (Parolin Motorsport/Parolin-TM Racing), who won the second and third heat. The second place went to Lithuania’s Tomass Stolcermanis (Energy Corse/Energy-TM Racing), the third to the Italian Nicolò Cuman (Forza Racing/Exprit-TM Racing).

OKJ – Lindblom is chased by a lot of rivals. 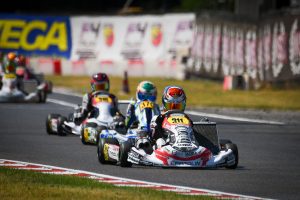 A lot of drivers can aim to the victory of OK-Junior, starting from the author of the pole position: the Swede Scott Lindblom (CRG Racing Team/CRG-TM Racing-Vega), who also won two heats. The Pole Jan Przyrowski (Tony Kart Racing Team/Tony Kart-Vortex) showed a great pace taking three wins in the heats, the Brit Lewis Wherrell (Forza Racing/Exprit-TM Racing) claimed 2 wins, the Dutch René Lammers (Parolin Motorsport/Parolin-TM Racing) 3, Hungary’s Martin Molnar (Energy Corse/Energy-TM Racing) 2, but was slowed down by a 5s time penalty. Anatoly Khavalkin (Parolin Motorsport/Parolin-TM Racing) also showed a good speed, but was then relegated to the back by a 10s time penalty. 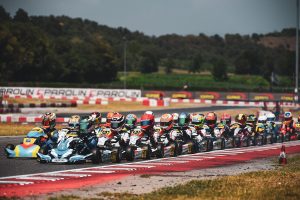 A lot of drivers responded with good performances to the pole position set by the Turkish driver Iskender Zulfikari (Team Driver/KR-Iame-Vega). Out of the 110 verified drivers aged between 8 and 12, Vladimir Ivannikov (Gamoto/EKS-TM Racing) set the pace winning 6 heats. He was followed by the Dutch Dean Hoogendoorn (Alonso Kart by Kidix/Alonso-Iame) who claimed 5 heats and the Italian Filippo Pancotti (BabyRace Driver Academy/Parolin-Iame) with two heats and several placings. Among the candidates to the win, the Spanish driver Christian Costoya (Parolin Motorsport/Parolin-TM Racing) is currently sixth with 2 wins.

The event will be broadcast in live TV streaming on Sunday, July 17 from wsk.it and Motorsport.tv, which is providing an international coverage to all the series organized by WSK Promotion.

The program in Lonato:

THE CALENDAR OF WSK EURO SERIES