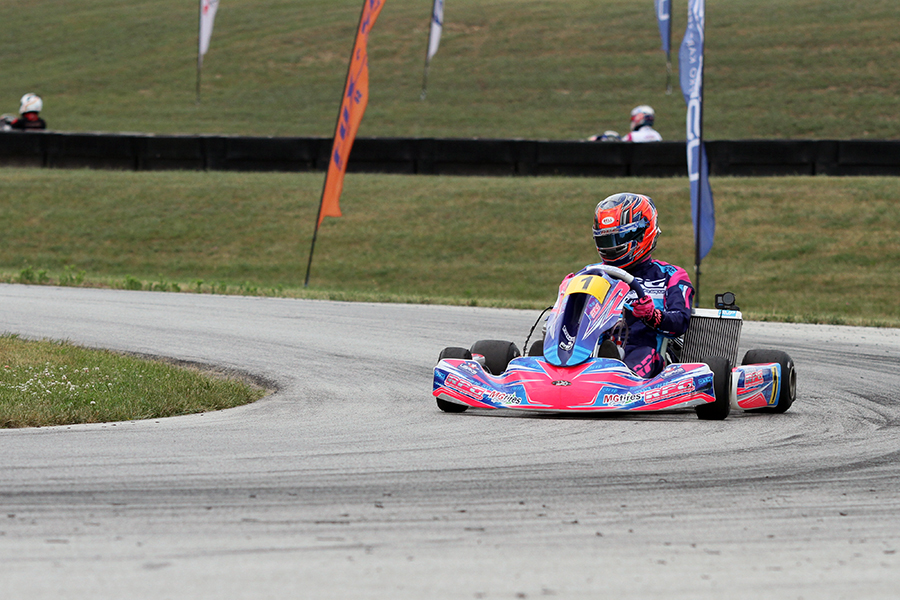 The second half of the United States Pro Kart Series is underway with the running of the Badger State Grand Prix from the Briggs & Stratton Motorplex at Road America. OTK USA race teams, drivers and dealers were on hand at the Elkhart Lake, Wisconsin facility to contend the fifth and sixth rounds of the 2022 championship program. Perfect racing weather at ‘America’s National Park of Speed’ and the challenging 8/10-mile course saw OTK entries grab a total of 34 top-five finishes, highlighted by 22 podium results and seven wins over the 12 main events in six categories. 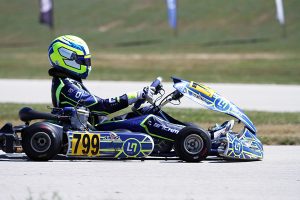 OTK products were able to record top-four results in both Junior categories on the weekend in each round. Leading the way with three victories was Caleb Gafrarar (Rolison Performance Group / Kosmic). Gafrarar was able to sweep the KA100 Junior division, earning victory both days. Saturday’s round he was challenged by Cameron Brinkman (Mike Doty Racing / LN Racing Kart) with Cooper Shipman (Iron Rock Motorsports / Tony Kart) and Helio Meza (Iron Rock Motorsports / Tony Kart) trailing in third and fourth. Sunday was another victory for Gafrarar as he beat out Parker DeLong (Ryan Perry Motorsport / Tony Kart) for the top step of the podium. Ernesto Rivera (Rolison Performance Group / Kosmic) drove up to third with Meza ending up in fourth. 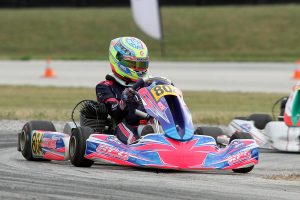 The streak continues for Ryan Norberg in the X30 Pro category, earning his fifth and sixth victories on the season. Norberg (Rolison Performance Group / Kosmic) was able to sweep the weekend with maximum points over the two rounds of competition, earning the provisional championship before heading to the series finale. Hayden Jones (Rolison Performance Group / Kosmic) had his best overall performance on the season, placing fourth each day to keep himself in the championship podium hunt. 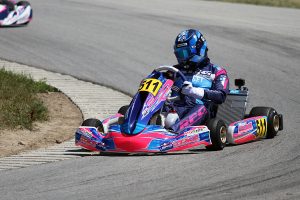 Three podium results was the hardware collected at Road America for OTK drivers in the KA100 Senior division. Jeremy Fletcher (Ryan Perry Motorsport / Tony Kart) was on the podium Saturday as the runner-up finisher with Senior rookie Chase Hand (Rolison Performance Group / Kosmic) standing on the podium for the first time on the season in third. Tyler Wettengel (Speed Concepts Racing / Redspeed) bounced back from issues Saturday to end up third on Sunday, one spot ahead of Fletcher in fourth.

Jackson Gibson (Rolison Performance Group / Kosmic) and Nicolas Orbezo (Iron Rock Motorsports / Tony Kart) were the top performers for OTK USA in the Micro Swift class. Gibson recorded his second runner-up result on the season on Saturday, his fourth podium finish of the season. Orbezo matched his best result on the year, placing fifth in the main event on Sunday.

OTK USA teams, drivers and dealers will contend for the series championships as the United States Pro Kart Series is scheduled to host the final two rounds of 2022 with the Hoosier State Grand Prix at the New Castle Motorsports Park in New Castle, Indiana on September . Drivers looking to compete with the most popular kart brand in the world or purchase OTK karts and components can contact their local OTK USA dealer. Head to www.otkusa.com for a complete list of dealers and details on the entire brand roster.