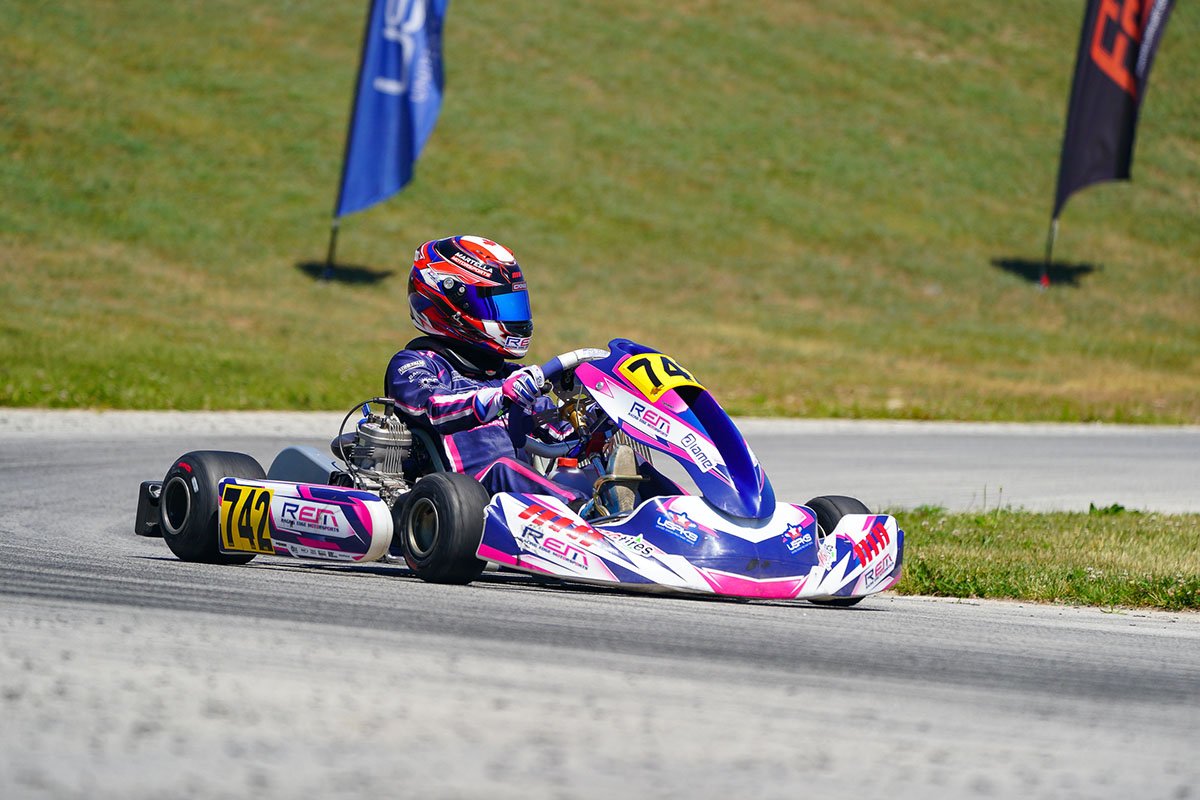 Anthony Martella will return to Canada this week for the Canadian Open
(Photo: Studio 52)

Making the trek from his home in Ontario, Canada to Elkhart Lake, Wisconsin, Canadian Anthony Martella was back in the seat of a Kosmic Kart for rounds five and six of the United States Pro Kart Series (USPKS). Taking place at the Briggs & Stratton Motorplex on the grounds of Road America, Martella improved throughout the weekend against a stout field of competition to earn himself a top-15 result on Sunday.

“The competition in USPKS is tough, but it is good to go there and get beat up a little as it will make me better for my events in Canada,” expressed Martella, who competed in the X30 Pro Junior class. “The drivers in USPKS are much more aggressive and quicker and the officiating is a lot different. We improved through the weekend for sure, but I am hungry to do it all over again.” 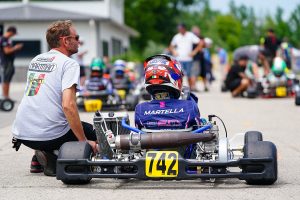 After claiming a solid 12th place result in Saturday morning’s qualifying session, the outside row six starting spot proved to be a brutal one for the Canadian as contact forced him to the sidelines and out of the race. Classified in 23rd and forced to start near the tail of the field, Martella was able to advance forward and earn himself a position in the top-20.

Back to the track Sunday, qualifying for the second race day of the weekend was like that of Saturday as the Racing Edge Motorsports (REM) driver clocked the 14th quickest lap of the session. Relegated back to finish 17th in the prefinal, the 13-year-old battled back in the main event to finish in the top-15, which was the goal for the weekend. While the race was slowed early on by a major incident that brought out a red flag, Anthony Martella, like Formula One superstar George Russell did last week, hopped from his kart to run to the aide of his competitor. Against the rules, Martella was able to continue in the race but was forced to the tail of the field for the restart.

Martella added, “I wanted to come here and win but know that I am behind on experience and race craft to some of the high profile national level drivers. We reset goals after the practice day and achieved them on Sunday. Now, we will look forward to the next event and come back with a new set of objectives and work to achieve them as well.”

Set to take on several more events in the United States and Europe in 2022, Anthony Martella is continuing to build the framework and gain the necessary knowledge and experience for his 2023 championship season.

Leaving Road America immediately following the event, Anthony Martella is on his way to Quebec Canada for the Canadian Open. Taking place at the Jim Russell Karting Academy in Mont Tremblant, Martella will aim to put the experience gained this past weekend into his event this coming weekend.

For more information on Anthony Martella and Martella Motorsports, please contact Tony Martella via email at Tony@SkilledLabourOfCanada.com or by phone to 647.564.0874.