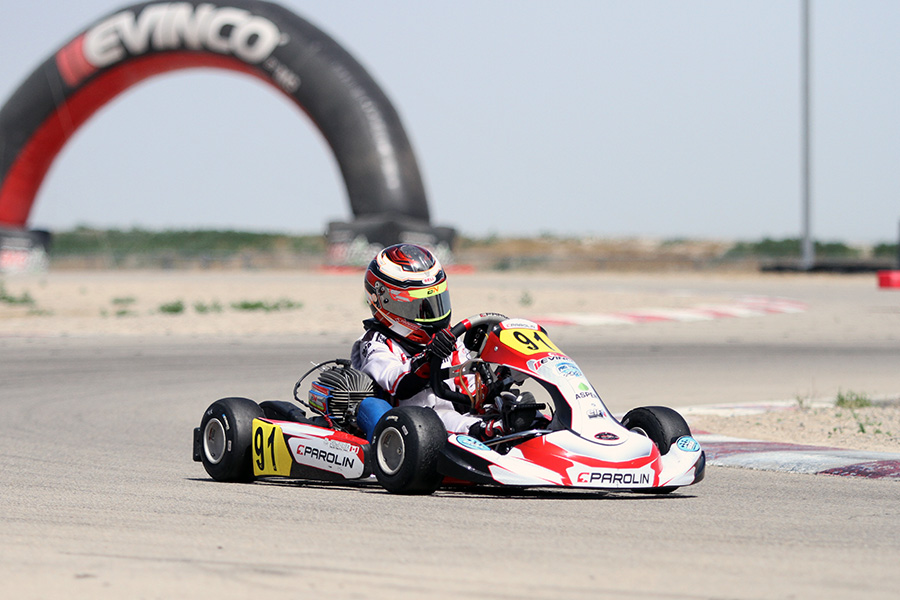 It was a successful trip west for Parolin USA competing at the Superkarts! USA Pro Tour SpringNationals, held on June 10-12 at the Utah Motorsports Campus. The Erda, Utah facility was site of Rounds Three and Four of the championship program, battling tough competition and extreme warm weather. The Parolin brand was able to sweep the Cadet division victories on the weekend to earn four first-place trophies.

Micro Swift driver Rocco Simone continued a successful debut season on the national level and added to his win total on the year. Work was ahead of him on day one Saturday by qualifying 10th overall. He fought his way up to fourth in the Prefinal to put himself in position to contend for the podium in the Final. After getting shuffled back to eighth, Simone once again advanced toward the front and took over the lead on lap five. From there, he led the majority of the race and held on at the finish line by three thousandths of a second to claim his career first SKUSA Pro Tour victory. Sunday was a clean sweep of the action, with Rocco earning fast time in qualifying, winning the Prefinal and earning a second victory on the weekend. First year Micro driver Pasha Ali also had a career best weekend in Utah. Ali held the ninth position on Saturday to record his best result of the season. Fighting back from contact in the Prefinal, Pasha ended up 11th in the Final, up seven positions in the 18-lap race. 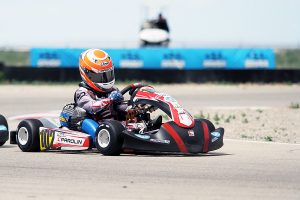 Four drivers represented Parolin USA in the Mini Swift division, recording top-15 results in the largest field of the weekend at 37 entries. 2022 SKUSA Pro Tour race winner Tyler Roberts led the way in Utah with two top-10 results. Roberts was 10th after qualifying on Saturday, and up to seventh in the Prefinal. He continued his drive forward and reached fifth in the main event. On Sunday, Roberts had to fight from qualifying 12th, and improved three positions in the Final to end up seventh. Alessandro Truchot, the 2022 SKUSA Winter Series Micro Swift champion, was able to match his best finish at the SKUSA Pro Tour. Truchot was top-10 every session on Saturday, including leading at one point during the Final. Eventually, he ended up with a seventh place finish after receiving a three-second pushback bumper penalty to match his best result from NOLA in April. He followed that up with a 12th place finish in Sunday’s main event. Maxim Kirwan fought to be inside the top-10 all weekend long. The Kiwi driver finished 12th on Saturday and held the 14th position in Sunday’s Final. A solid finish was in the progress for Tristan Murphy on Saturday. After qualifying 21st, Murphy gained 12 spots to finish ninth in the Prefinal. He was up to fourth early until an issue put him on the sidelines. Sunday was another drive forward, starting 21st in qualifying to end up 13th in the main event.

Add to the two wins on the weekend was Jack Iliffe. The Texan competes with the Parolin factory in events in Europe and returned to the USA for the second event of the SKUSA Pro Tour. Iliffe was able to pilot his Parolin machine to his second and third victories in the Mini Swift category, securing the top spot in the championship chase after four rounds. 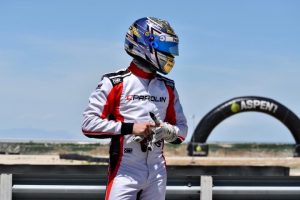 A new face aboard the Parolin brand at the SKUSA Pro Tour was Canadian Zachary Claman DeMelo. The former IndyCar driver switched out the coaching hat for the helmet on the weekend in the headline X30 Senior category. ZCD pace was on point all weekend long. He qualified sixth for Saturday’s round and was fighting in the top-10 during the Prefinal until contact on the final circuit dropped him outside the top-20. Zachary fought back 14th in the Final. After qualifying just outside the top-10 for Sunday’s round, Claman DeMelo drove up to seventh in the Prefinal. Engine issues plagued his pace in the Final as he held on to end up 13th by the checkered flag.

“Overall, we had a great weekend performance for the Parolin brand in Utah,” stated Yannick Rolland of Parolin USA. “Sweeping the Cadet divisions with Rocco and Iliffe show the strength we have in material and drivers with the Parolin Opportunity chassis. Pasha had his best national weekend performance since jumping up from Kid Kart last year, and all of our Mini drivers had top-five speed throughout the weekend. Having Zachary behind the wheel as our new driver coach will help not only those in the Senior ranks, but those in Junior and below as they can see the talent he possess. We are excited about the rest of the year and the drivers we have racing with us at Parolin USA.”