Round Three of the ROK Sonoma is Done and Dusted

Series reaches the one / third distance 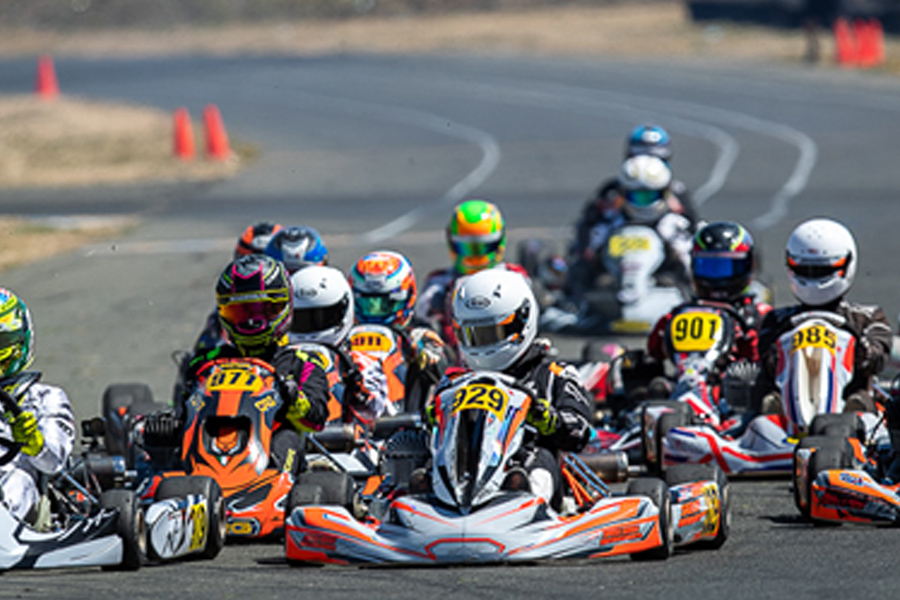 Taking place over the Memorial Day weekend, the Indianapolis 500 would be the center stage in the Midwest, but the ROK Sonoma Presented by Sanzaru would draw attention in California. Competing on the Revers National Pro layout, racers came to race over the holiday weekend as the series now shifts its focus to round four in less than two weeks’ time.

“It is a busy time in North American motorsports but that just means we get to see one another more often,” expressed Steve Cameron. “While we are still cleaning up from last weeks races, we are already anticipating a great turn out at the next event over the June 18 and 19 weekend. We hope that you will come and join us.”

The 125 Shifter LTD class always brings the spectators to the fence line, and they came in droves to watch Pat Beckley put on a show. As the only driver in the fifty-one second bracket, Beckly took the win by 4.010 over Travis Bowles who was another three seconds ahead of the third place runner Steve Cameron. Beckley, Bowles, and Cameron would all celebrate on the podium much to the dismay of Ori Della Penna who narrowly missed out in fourth and Jim Kidd in the fifth position.

It took a little while for him to get rolling but Anthony White earned the main event victory after scoring the second heat race win. Running inside the top five earlier in the day, White emerged as the driver to beat taking the win by just over one second. Ethan Booher, who was the heat one winner followed White across the line for second as Casey Moyer completed the podium. Yana Kapoor was the fourth place finisher finishing just ahead of Henry Barton in the fifth position. Hudson Sharp was the pole position winner.

It was Travis McGrain that was atop the Masters 100cc time sheets in qualifying, but Andrew Wait would be the main event winner by a scant .025. Taking the win, Wait narrowly beat Scott Formanek to the stripe to claim the checkers while Cory Svean joined the front duo on the podium in third. It was Kieron James that was the best of the rest in P4 as Daniel Rivera finished just over thirteen second behind the leader in fifth.

While Cason Hodge and Mateo Calderon were at the top of the results charts in Mini ROK qualifying and heat races, it was Matt Guidera that broke through to score the main event win by 1.214. Hodge would earn the second step on the podium edging out Calderon by just over two tenths of a second. The second Guidera driver would cross the line in fourth while Erik Doan slotted into the fifth position. In the Micro ROK class it was all Landon Cordero-Dolph that dominated the event weekend and took another win in his 2022 season. Neev Adesra and Jimmy Fogarty would be classified in second and third respectively.

Eddie Shimmon had a clean sweep in the Senior 100cc class scoring the pole position, two heat race wins and main event victory to put a stamp of authority on the class. While the rest were left to fight behind him, Christopher Martin was the best of the rest in the second position just ahead of Roman Madrigal in third as the trio celebrated on the podium. Yashom Kapur and JC Perez pushed hard to see if they could finish in the top three but ultimately had to settle for fourth and fifth when the final checkered flag flew.

Ryan Martin proved to be the man of the hour in Pro ROK Shifter as he outdueled Brian Keck to the main event victory. It was a two-kart battle for the win as the front two finished more than seven seconds ahead of third place finisher Anthony Freese while FR Americas front runner Nick Persing slotted himself into the fourth position using an off weekend from formula car racing to come back to his roots. Henry Barton was classified in fifth. Michael Gausch was the lone runner in the Master ROK Shifter class and earned the race win.

Hunter Hagenbuch dominated the Master ROK main event to score the victory by nearly ten seconds as well as the fastest lap of the race. Mario Blanco Gonzalez crossed the stripe in second while Fred Clark was third. David Palic earned a fourth place result and even though Scott Bradley did not start the main event, he was still classified in the fifth position. Torsten Olsen was your victor in Senior ROK over Colin McGrath.

For more information, visit ROK Sonoma online via their Facebook page by searching ROK Sonoma or at their website www.roksonoma.com.