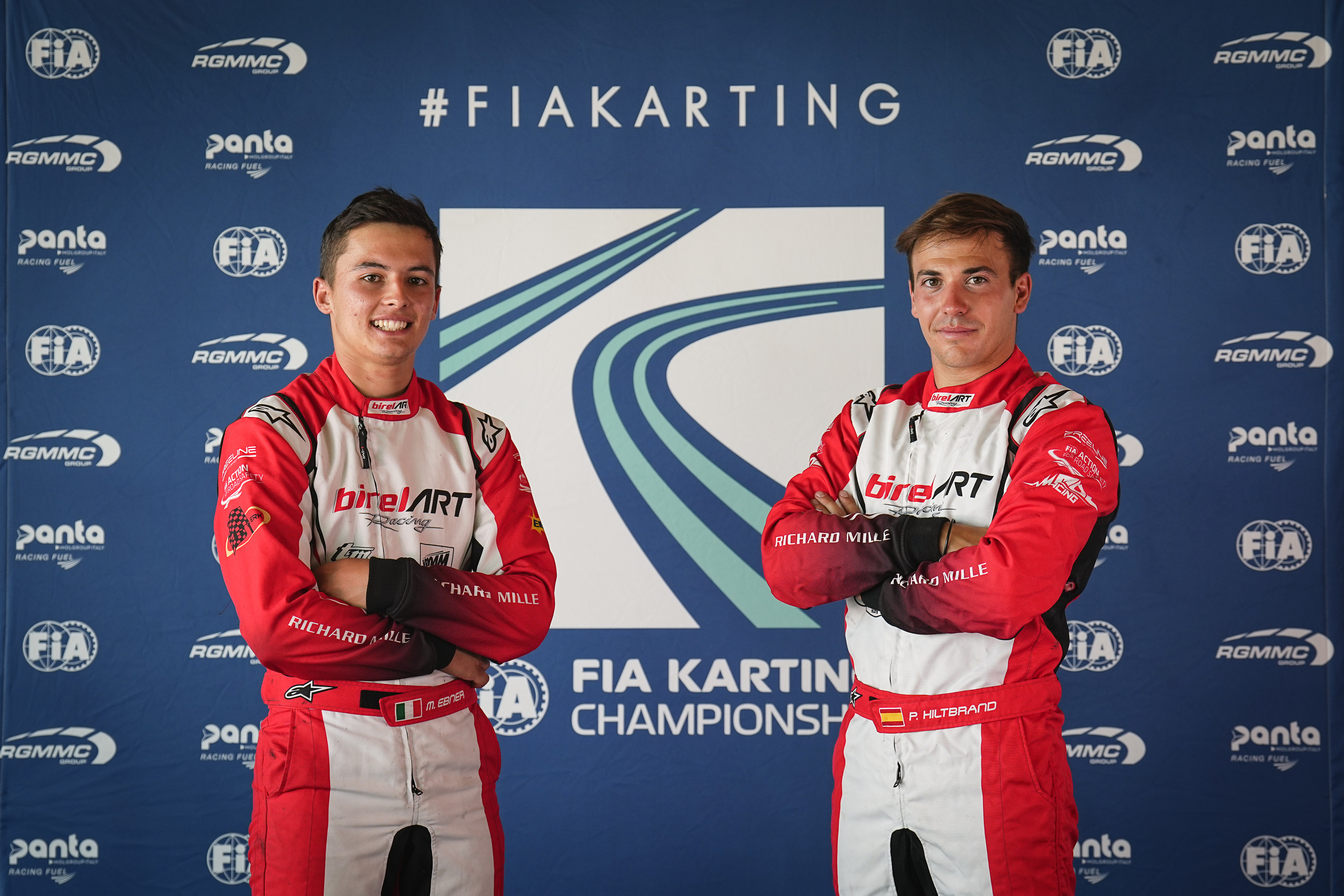 The heat wave currently raging in Europe has not spared northern Italy, where the second and final round of the FIA Karting European Championship – KZ & KZ2 and the second of the three rounds of the FIA Karting Academy Trophy will be held this weekend at the new international circuit of Cremona. Sunday’s program has been adapted accordingly. Pedro Hiltbrand (ESP) dominated the KZ class, while Moritz Ebner (ITA) was the leader in KZ2. The battle for the titles promises to be full of suspense. In the Academy, Matias Orjuela (COL) and Thibaut Ramaekers (BEL) are neck-and-neck.

The exceptionally hot weather in Italy and particularly on the Cremona circuit, combined with the strong grip of the track, led to the reduction of Sunday’s program by canceling the Super Heats in order to allow the competitors to use all the tyres allocated to ensure the safety of all the KZ and KZ2 Qualifying Heats.

Many difficulties awaited the competitors during the 22 Qualifying Heats. With its series of tight corners, the Cremona track proved to be demanding for the physical condition of the drivers under temperatures often exceeding 30°. The powerful KZ and KZ2 engines were also put to the test by this heat. Finally, the strong grip available on the track was accompanied by a much more limited grip on the other parts of the track. It was easy to make a mistake when trying to overtake off the racing line. Driving errors, mechanical problems and penalties were the order of the day in this long Qualifying Phase. The battle for the KZ and KZ2 titles was strongly impacted and the suspense is still there before Sunday’s Finals, given the underperformance of some of the favorites.

After setting the fourth fastest time in Qualifying, Spanish driver Pedro Hiltbrand showed great determination to score two victories and a second position that put him at the top of the intermediate ranking on Saturday evening. He will therefore start the Final on pole position, which puts him back in the running for the FIA Karting European Championship – KZ, where he was in fifth position when he arrived in Cremona. The Frenchman, provisional leader, Émilien Denner, had a series of problems, including a retirement due to a puncture in the second heat, before recovering his lead with a seventh place in the last race. His 16th position at the end of the heats does not put him in an easy position. The advantage is rather in the hands of the Italian Paolo Ippolito, currently second in the Championship and fourth after the Cremona heats, as well as his compatriot Matteo Vigano, who made a good comeback from 14th to fifth position. 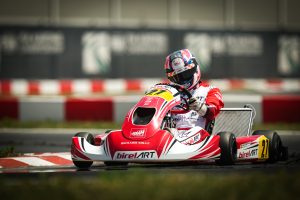 Dutchman Senna van Walstijn, winner of a heat, will start in the Final alongside Hiltbrand, followed by Finn Juho Valtanen. Delayed by a retirement, poleman Noah Milell (SWE) dropped to the edge of the top ten, while Tuukka Taponen (FIN) fell to 13th for the same reason. Defending champion Riccardo Longhi (ITA) failed to finish any of the three heats and dropped to 24th.

Sixth in Qualifying, the Italian Moritz Ebner proved to be a formidable attacker in Cremona. He scored three wins and two top threes to top the Qualifying Heats of the second round of the FIA Karting European Championship – KZ2. His teammate Alessio Piccini climbed from 12th to second place. Frenchman Tom Leuillet, leader of the Championship when he arrived in Cremona, started with a double penalty in the first heat before taking three victories and a second place which allowed him to keep his chances in third position. His main rivals for the title, David Trefilov (DEU) and Markus Kajak (EST) were left behind, finishing 13th and 32nd respectively in the heats. British poleman Arvid Lindblad, who was fourth in the Championship, crashed out in 17th position after several setbacks, while young Kris Haanen (NLD), fifth in the title race, saw his hopes disappear when he missed out on qualification for the Final due to his last two failed heats. For his second race in KZ2, the Italian Cristian Bertuca, more used to the OK category, continued to surprise at the front of the field by keeping fourth ahead of the Dutchman Tim Gerhards.

Academy: two wins each for Orjuela and Ramaekers

Colombian Matias Orjuela and Belgian Thibaut Ramaekers (BEL) shared the honors and the best score of the day in the FIA Karting Academy Trophy. Two Qualifying Heats will remain on Sunday morning to determine the list and starting order of the 36 finalists. Poland’s Iwo Beszterda came third and Luxembourg’s Guillaume Bouzar fourth ahead of Slovenia’s Aleksandar Bogunovič. The situation is more complicated for the top two of the provisional ranking of the Trophy as Arthur Dorison (FRA) is accumulating problems in 35th position and William John Riley Go (PHL) is currently in 22nd position.

Provisional programme for the Cremona event

The results of the Cremona event can be found on the official FIA Karting Championship app for mobile devices and on the website.