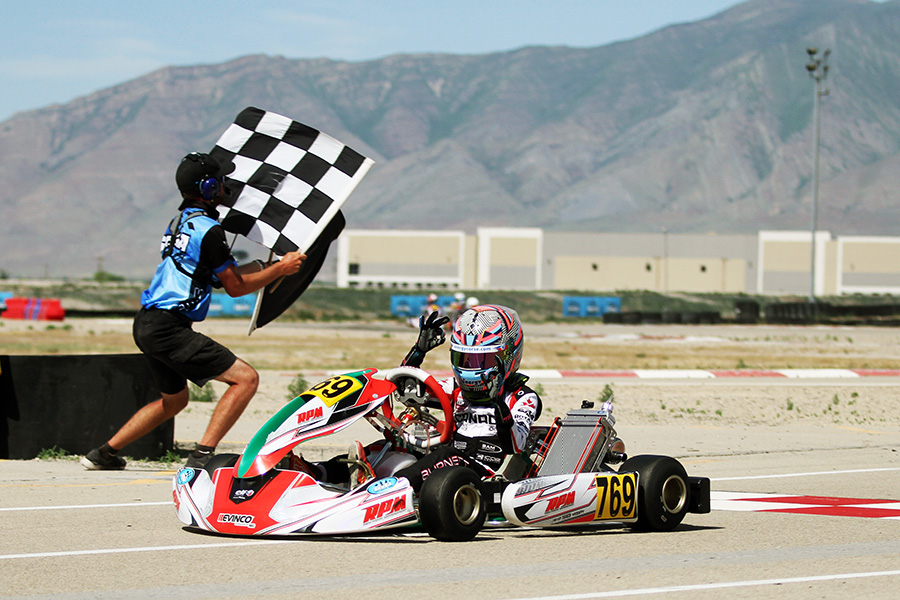 The halfway point of the Superkarts! USA Pro Tour was reached this past weekend with the 12th running of the SKUSA SpringNationals at the Utah Motorsports Campus. Several drivers, teams and dealers for OTK USA products were on hand at the Erda, Utah facility, competing in Rounds Three and Four of the national championship program. Battling tough weather conditions and solid fields, OTK drivers were able to capitalize with nine victories, including 22 podium results and 40 top-five finishes in eight categories. 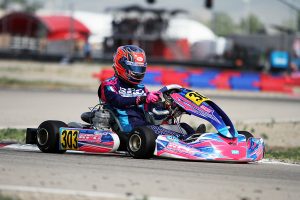 Ryan Norberg continues his reign as one of the top X30 Senior drivers in the country, sweeping the main events in Utah (Photo: eKartingNews.com)

OTK drivers were able to sweep the wins in four of the classes on the weekend, including the headline X30 Senior division. Four-time SKUSA Pro Tour champion Ryan Norberg (Rolison Performance Group / Kosmic) was able to double up over the two days of competition to help his ‘Driver for Five’. Norberg was challenged on Saturday but went wire-to-wire on Sunday to earn his second and third victories on the season. Paul Bocuse (Rolison Performance Group / Kosmic) was the top qualifier on Saturday, ending up fourth in the main event and improved to the podium on Sunday with a third-place result. Jeremy Fletcher (Ryan Perry Motorsport / Tony Kart) put in his best performances of the season with two fifth-place finishes. Fellow Senior rookie Frankie Mossman (Team Benik / Tony Kart) also had his best finish of the year, placing fourth in the Sunday Final.

It was a winning sweep for Jeremy Fletcher (Ryan Perry Motorsport / Tony Kart) in the KA100 Senior category. Fletcher was able to outrun the field both days, including a massive margin of victory in Sunday’s Final to claim his third victory on the season. Last year’s SpringNationals winner Caleb Shrader (Rolison Performance Group / Kosmic) stood on the podium in third on Saturday with championship leader Alex Stanfield (GWR / Tony Kart) fourth and local driver Ethan Raap (MSquared Racing / LN Racing Kart). Sunday was an all OTK podium with Fletcher joined by Stanfield and Canadian Adam Ali (Racing Edge Motorsports / Kosmic) on the steps. 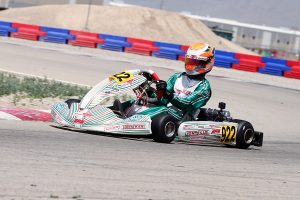 Two victories in KA100 Senior for Jeremy Fletcher to bring his season total to three on the season (Photo: eKartingNews.com)

The KA100 Junior class saw a sweep of the victories by Nash Motorsportz and the EOS chassis. Charlie Smith was able to secure his first career SKUSA Pro Tour victory on Saturday while Jesus Vasquez Jr. scored his second victory of the season. Smith beat out Cooper Shipman (Iron Rock Motorsports / Tony Kart) and Vasquez with Steven Miller (CDR / Kosmic) and Caleb Gafrarar (Rolison Performance Group / Kosmic) filling out an all OTK top-five. Sunday, Vasquez was able to hold back Smith for the win with Miller improving to third for an OTK sweep of the podium. 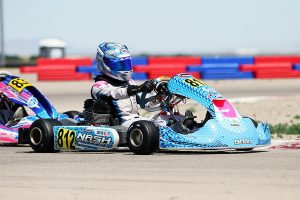 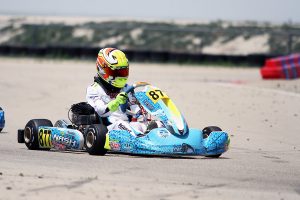 The final event of the 2022 Superkarts! USA Pro Tour will take place on July 29-31as the 12th edition of the SKUSA SummerNationals will be held at the New Castle Motorsports Park in New Castle, Indiana. Drivers looking to compete with the most popular kart brand in the world or purchase OTK karts and components can contact their local OTK USA dealer. Head to www.otkusa.com for a complete list of dealers and details on the entire brand roster.