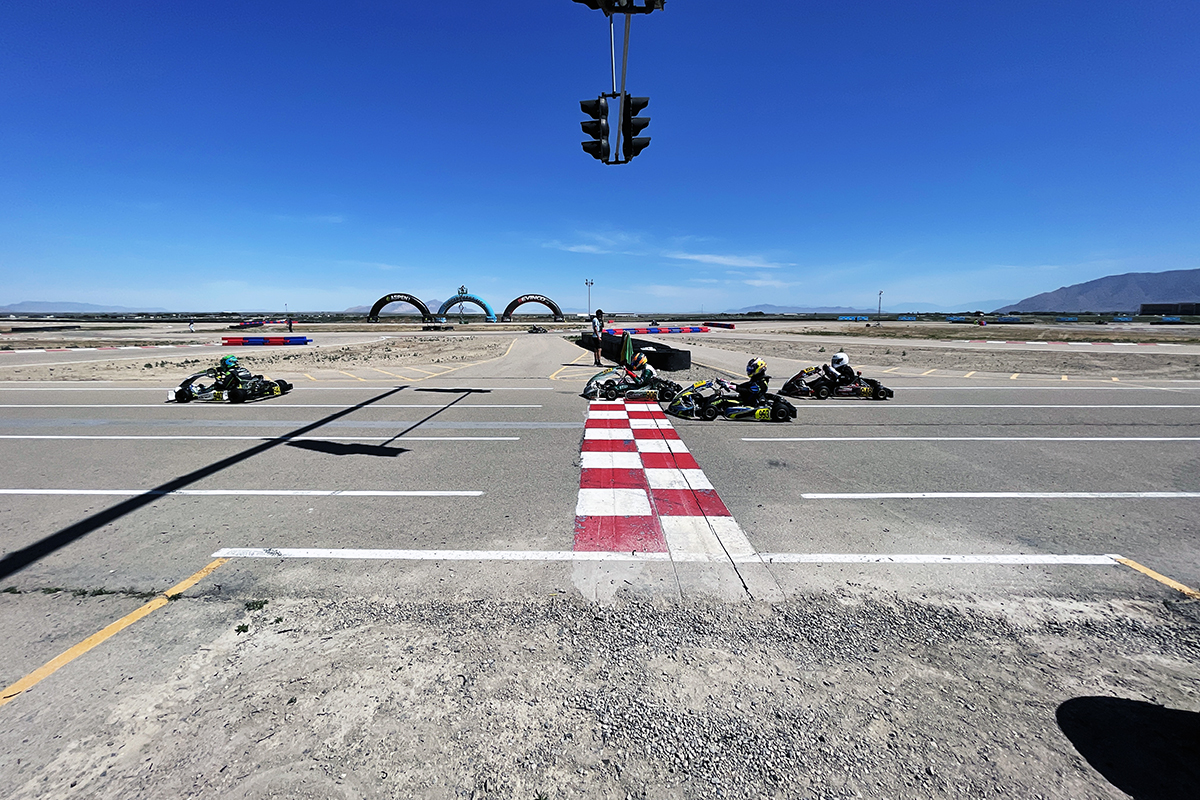 EKN’s Paddock Insider is part of our Trackside coverage, bringing you notes, updates and breaking news as it happens. The article will feature notes from trackside at the 2022 Superkarts! USA Pro Tour SpringNationals at the Utah Motorsports Campus in Erda, Utah over the June 9-12 weekend. This is insider info will not be seen anywhere else. Please feel free to comment and discuss our coverage and today’s action in the EKN Global Members Discussion area below. 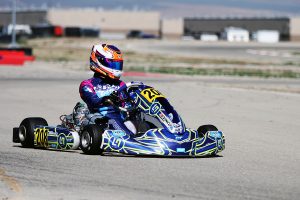 Hannah Greenemeier is making her Pro Shifter debut this weekend at the SpringNationals (Photo: EKN)

The 2021 SKUSA Pro Tour X30 Senior champion Hannah Greenemeier is making her Pro Shifter debut this weekend. The 19-year-old from Colorado is no stranger to the six-speed powerplant. She has been racing shifter over the last two winters at Challenge of the Americas, along with selected events. This however is the first time with KZ power at a track she is very familiar with. Greenemeier is still under the Rolison Performance Group tent and still working with two of the most experienced shifterkart drivers in North America in Bonnier Moulton and Mike Beeny, who have been with her for the last few years. They call UMC their home track, and thus, local knowledge will help in putting her to the goal of racing inside the top-five all weekend long. Longterm, the weekend is about learning and racing against the best shifterkart drivers in North America to help further her skills behind the wheel. And, this is the first we’ve seen a LN Racing Kart in a shifterkart category. She’s a big fan of Lando Norris and the colors of course. 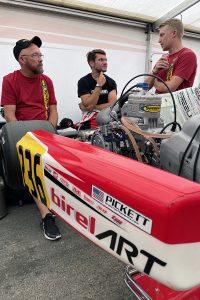 Hunter Pickett carrying the PSL / Birel ART colors in his debut with the team (Photo: EKN)

This weekend is the debut of NorCal driver Hunter Pickett flying the Red Army colors for PSL Karting and Birel ART. Pickett is a two-time Challenge of the Americas champion and Pro Shifter winner on the SKUSA Pro Tour. This comes after an initial stint with GFC Karting and before that Aluminos. Pickett spent the recent weeks in the Lone Star State testing with teammates Jake French and 2019 FIA Karting KZ World Champion Marijn Kremers. The tests included sessions at Speedsportz Racing Park, North Texas Kartways and Amarillo Karting Circuit – which is very similar to here at UMC. Speaking with Pickett, there was an initial different feel to the Birel ART machine, and pointed out difference between what he was running to what he is piloting now. He feels comfortable coming into the weekend, and has plenty of drivers to bounce feedback off with six shifterkarts under the tent including former Pro Tour champion French and current championship leader Kremers.