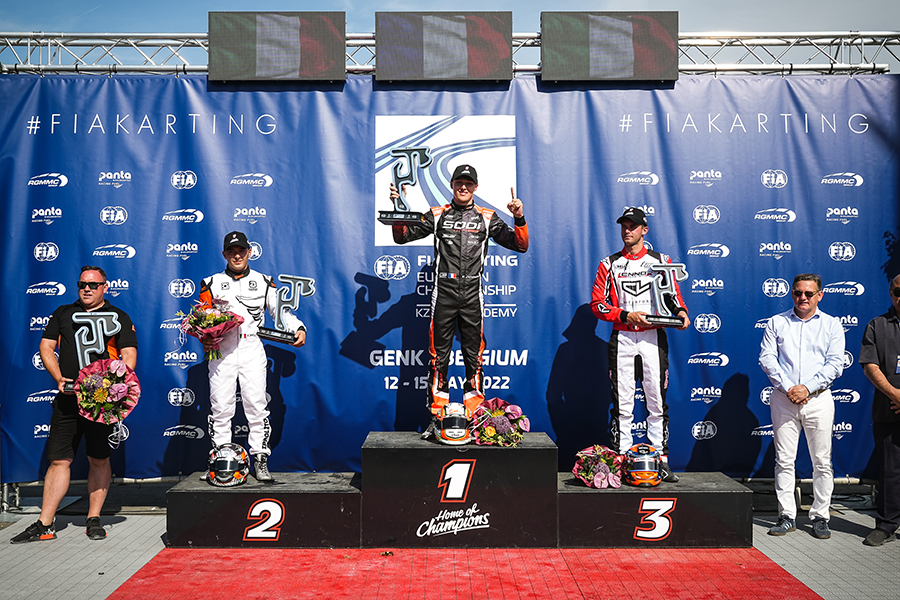 The good weather continued on the last day with summer temperatures, which enhanced the races as did the presence of many spectators in the stands and around the 1360 m circuit known as the “Home of Champions”. The last Qualifying Heats and the Super Heats held in the morning were extremely lively as the challenge of qualifying in good position for the Finals motivated the competitors.

The Finals took place more calmly to confirm the hierarchy established at the end of the Qualifying Phases over a longer distance. The show was superb in Genk from the Qualifying sessions to the end of the Finals. CIK-FIA President Akbar Ebrahim attended the event before presenting the winners with their trophies. The next event for the KZ and KZ2 categories will deliver the verdict of their European Championship in a month’s time in Cremona, Italy, from 17th to 19th June 2022, while the FIA Karting Academy Trophy will see the second of its three events.

Denner victorious with panache in KZ

Paolo Ippolito (ITA-KR/IAME/LeCont) showed his ambitions during the Super Heat by winning against Emilien Denner (FRA-Sodi/TM Racing/LeCont), but this did not deprive the Frenchman of the top place in the overall intermediate ranking. 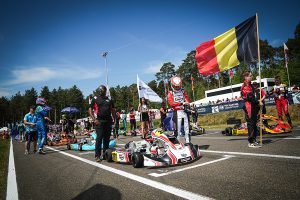 The course of the Final was clear. Leuillet kept the advantage at the start against Trefilov who did not let himself be distanced. Leuillet increased his lead in the second half of the race and won with the fastest lap, more than 2,5” ahead of his rival. The young Kris Haanen (NLD-KR/TM Racing/LeCont) made a seven-place comeback to take third place in front of Kajak. Lindblad lost time at the start due to a lack of experience, but confirmed his fighting spirit by climbing back into the top five ahead of Danilo Albanese (ITA-KR/IAME/LeCont).

Academy: Dorison regains the lead and wins the Final 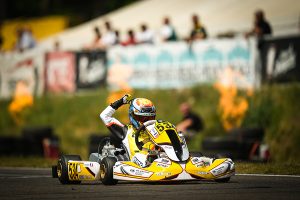 The tone was set on Sunday morning during the last two Qualifying Heats of the FIA Karting Academy Trophy. At the wheel of their Exprit/Vortex one-design karts supplied by OTK Kart Group and equipped with LeCont tyres, the 54 youngsters aged from 12 to 14 showed remarkable enthusiasm in their bid to be among the 36 finalists. A new winner, the fifth of the event, was the Finn Joel Pohjola, while the Frenchman Arthur Dorison added a second success to his tally and took the lead of the provisional ranking ahead of the Luxembourger Guillaume Bouzar and the Filipino William John Riley Go.

Leader from the start of the Final, Dorison never left the first position despite the constant pressure of Go behind him. The gap between the two drivers was reduced to less than three tenths before the halfway point, but Dorison had the resources to regain his distance and win with a lead of more than five tenths. Bouzar was very close to Go at the beginning of the race, but was unable to overtake him and finally secured third place by half a second. Penalised, Pohjola, who set the fastest lap, lost the benefit of his comeback to fourth position on the line to find himself 10th. Luca Houghton (BHR) took fourth ahead of Aleksandar Bogunović (SVN). A strong 20-place improvement saw Henry Joslyn (GBR) move up to eighth. Further back, Andris Purmalis (LVA) had moved up 13 places to 22nd.

USA driver Caleb Gafrarar ran as high as eighth in the Final before he was shuffled down to 12th in the last few laps. Colombian licensed driver Matias Orjuela – who competes regularly in the USA – finished just ahead in 11th.

Full results from the Genk event are available on the official FIA Karting Championship app for mobile devices and at www.fiakarting.com.