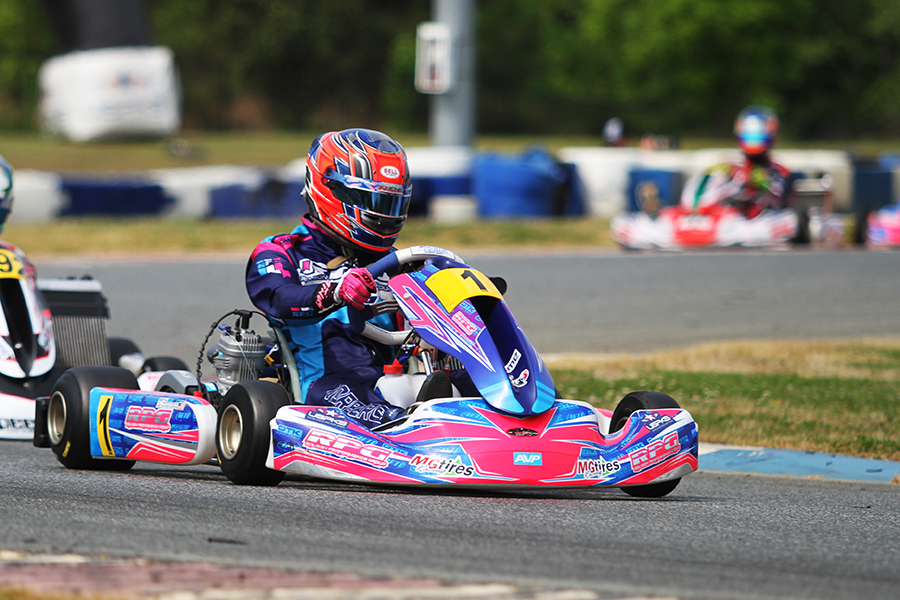 Ryan Norberg won both X30 Pro main events on the weekend, extending his streak to four at the USPKS program (Photo: eKartingNews.com)

It is the halfway point for the Rolison Performance Group team at the 2022 United States Pro Kart Series with the program hosting the third and fourth rounds at the Carolina Grand Prix over the April 28-May 1. The GoPro Motorplex facility in Mooresville, North Carolina was the site of the second event of the season, marking the end to the first half of the championship chase. RPG fielded 24 entrants covering all seven IAME categories with the focus of improving from the test weekend prior. In total, nine podium finishes were gained along with three victories on the weekend.

The streak continues for Ryan Norberg in the X30 Pro division. The defending champion put his RPG Kosmic to the front of the field in both main events to claim his third and fourth victories on the season, earning another $5,000 payday. RPG drivers in the class were toward the front of the field all weekend. Hayden Jones overcame a broken chain on Saturday to record a ninth-place finish on Sunday. Nate Cicero and Cade Downes were just behind for their best finishes on the weekend with 10th and 11th respectively. Cicero advanced one spot from Saturday while Downes improved nine positions on Day 2. Paul Bocuse showed speed throughout the weekend, ending up 12th Saturday before suffering a DNF Sunday. Donovan Bonilla was the hard charger in Round Three, improving 21 positions in the main event to 16th and followed it up with a 19th place result Sunday. Wes Duchak and Brian Boly were unable to break into the top-20 in a field of 44 drivers. 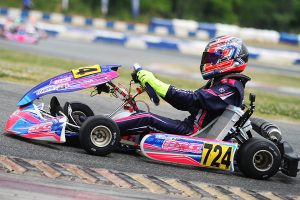 The third victory on the weekend for Rolison Performance Group was thanks to X30 Junior driver Caleb Gafrarar. The opening round victor repeated a similar performance, pulling off a last lap, last corner pass to secure his victory in Round Three on Saturday. The North Carolina driver was involved in contact while fighting for the lead on Sunday, ending up 29th. Adding to the podium total while earning his first trip to the USPKS steps was Ernesto Rivera. Speed was not an issue; however, contact was as he fell to 34th on the opening lap in the Saturday Final. He put in a great recovery performance to end up 17th. Sunday, he kept his RPG Kosmic clean, and was in the hunt for the victory to the final corners. He came away with the third-place result, and first podium celebration. Teddy Musella continued his fight in the top-10, recording finishes of 10th and sixth on the weekend. Emma-Kart Scarbrough made her class debut at GoPro, improving from 21st on Saturday to 16th in the Sunday Final.

Both Gafrarar and Rivera ran double duty on the weekend under the Rolison Performance Group tent, also competing in the KA100 Junior class. Gafrarar was involved in contact during his Prefinal to be forced into the Last Chance Qualifier race. Earning the final transfer position, Gafrarar fought strong to earn the hard charger honor in the 22-lap, climbing from 44th to 15th. He avoided any incidents on Sunday to fight for the victory in the main event, coming away with a third-place result after hard fought final few laps. Rivera was able to improve in Round Four as well, finishing 11th after placing 17th in Round Three. 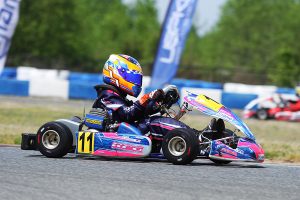 It was a memorable weekend for Jackson Gibson in the Micro Swift category. The lone RPG driver in the field was in contention all weekend long. Saturday saw Gibson involved in a one-on-one fight for the victory. At the line, Gibson was short by 66 thousandths to finish second for his career best result at the USPKS. On Sunday, Gibson was part of a trio that was able to break away. He led at a time during the race, ending up in the third spot at the checkered flag for his second-straight podium result, third in the four rounds of the series.

Mario Barrios added his name to the list of RPG drivers earning two podium results on the weekend with his performance in X30 Masters. The series championship runner-up in 2021 led in both main events on the weekend, finishing third on Saturday and ending up on the second step of the podium for Sunday. Danny Robertson put in two top-10 performances over the two rounds at GoPro. The Florida driver improved to sixth on Sunday after placing ninth on Saturday. Rob Maier completed the trio of RPG driver in the category, placing 11th and 13th. 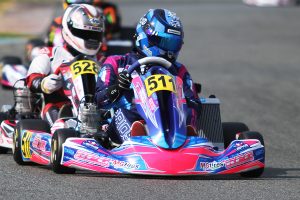 Chase Hand was the top driver in the KA100 Senior class for Rolison Performance group on the weekend. The Senior rookie was among the contenders all weekend long, qualifying in the top-six both days and winning a Prefinal. Hand ended up with finishes of sixth and seventh for his best results on the season. Gia Cicero had a difficult weekend in ‘Race City USA’ with 21st and 25th place results in the main events while Grace Hemmerde did not qualify for the main events in the class that featured 68 drivers. Alan Bonilla Espinosa and Lillian Scarbrough competed in their second weekend in the Mini Swift class under the RPG tent, learning with each session on track. Espinosa posted a best result of 23rd with Scarbrough placing 26th as her best finish.

“It was another successful weekend at GoPro Motorplex, coming away with wins and podiums with multiple drivers in various classes,” commented Mike Rolison of Rolison Performance Group. “We were able to take advantage of the time we had in Mooresville for team building time the club race the weekend before and the Gafrarar family welcoming us to their home for a day of fun on an off-day. I really feel we have a great togetherness with the drivers, mechanics, coaches and families – which makes for an enjoyable and positive weekend. We hope to get a quick recharge during the month of May to help fuel our push through the summer months ahead.” 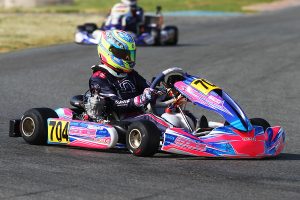 The team will not be trackside until June 10-12 for the Superkarts! USA Pro Tour SpringNationals at the Utah Motorsports Campus in Erda, Utah. The third stop of the USPKS program will be on July 7-10, with Rounds Five and Six contested on the Briggs & Stratton Motorplex at Road America in Elkhart Lake, Wisconsin.