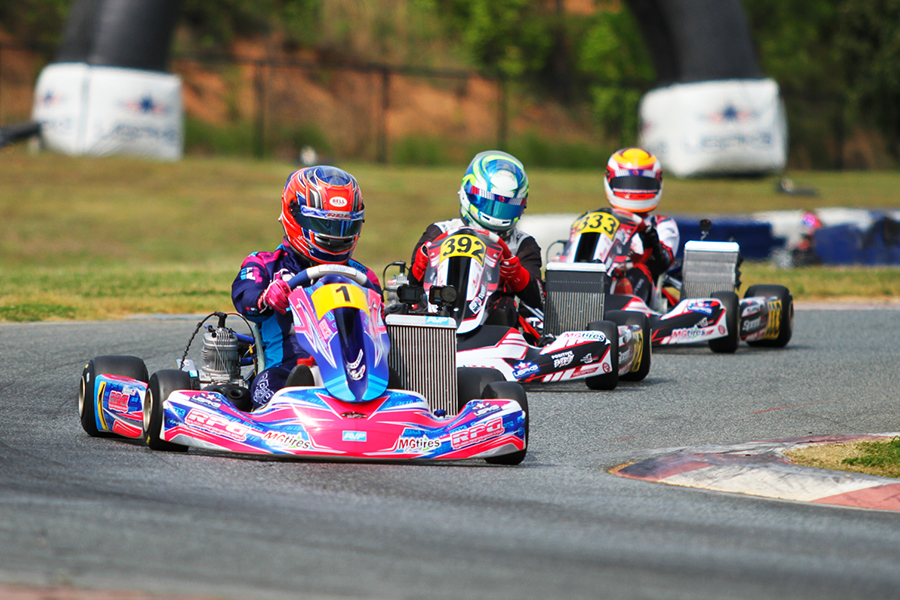 The second event of the United States Pro Kart Series was held over the weekend (April 28-May 1) as OTK USA continued its success during the first half of the 2022 season. The Carolina Grand Prix was contested on the GoPro Motorplex in Mooresville, North Carolina with perfect racing weather greeting the over 300 entries in the seven categories offered. Of the 14 main events on the weekend, OTK drivers and teams grabbed nine victories with 25 standing on the podium steps in addition to 53 finishes inside the top-five. 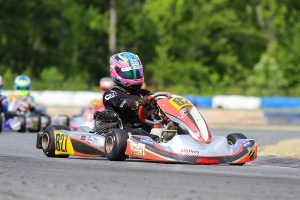 Leading the way, as he did at the opening USPKS in the X30 Pro division is 2021 series champion Ryan Norberg (Rolison Performance Group / Kosmic). The four-time SKUSA Pro Tour title winner and SKUSA SuperNationals 24 victor was able to earn his third and fourth victories at the USPKS on the season. Norberg started the Saturday main event in third and was into the lead by lap three. He led the remainder of the 24-lap, driving to a 3.2-second advantage over top qualifier Pauly Massimino (Ryan Perry Motorsport / Tony Kart). Austin Garrison (Speed Concepts Racing / Redspeed) put a third OTK into the top-five with a fifth-place result. Norberg was able to win the Prefinal on Sunday and go wire-to-wire for the main event victory in Round Four on Sunday. Garrison – the top qualifier on the day – ended up in third with Dalton Hanes (Benik / Tony Kart) up to fourth and Justin Adakonis (Mike Doty Racing / LN Racing Kart) following through to fifth. 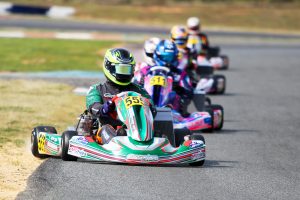 Renato Jader David picked up the victory in X30 Masters for Round Four (Photo: eKartingNews.com)

OTK was able to continue their streak in the X30 Junior division with the same two drivers. Caleb Gafrarar (Rolison Performance Group / Kosmic) won on Saturday in Orlando and repeated in Round Three at GoPro. Gafrarar swept the round, clinching the win with a last lap, final corner pass for the victory. Sebastian Wheldon (JC Karting / LN Racing Kart) was third ahead of Jorge Ortiz (Supertune / Tony Kart) with Enzo Vidmontiene (Benik / Kosmic) in fifth. Ayden Ingratta (Speed Concept Racing / Redspeed) repeated his Sunday victory from Orlando, winning a thrilling main event in Round Four for his second triumph on the year. Ernesto Rivera (Rolison Performance Group / Kosmic) grabbed his first series podium by placing third. Ortiz and Wheldon capped off the top-five. 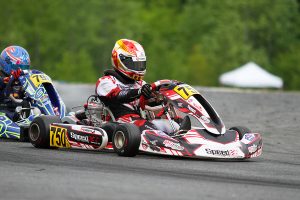 Leading the OTK contingent in the Mini Swift category was Oliver Wheldon (JC Karting / LN Racing Kart) by placing fifth on Saturday. Jackson Gibson (Rolison Performance Group / Kosmic) picked up two podium finishes in the Micro Swift division, placing runner-up in Round Three and third in Round Four. Round One winner Marco Sammut (Mike Doty Racing / LN Racing Kart) stood on the third step of the podium on Saturday. 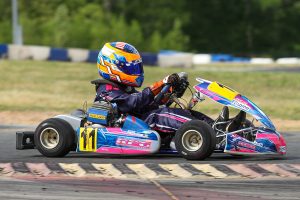 The third event of the United States Pro Kart Series – the Badger State Grand Prix – is scheduled to take place on July 7-10 at the Briggs & Stratton Motorplex at Road America in Elkhart Lake, Wisconsin. Drivers looking to compete with the most popular kart brand in the world or purchase OTK karts and components can contact their local OTK USA dealer. Head to www.otkusa.com for a complete list of dealers and details on the entire brand roster.