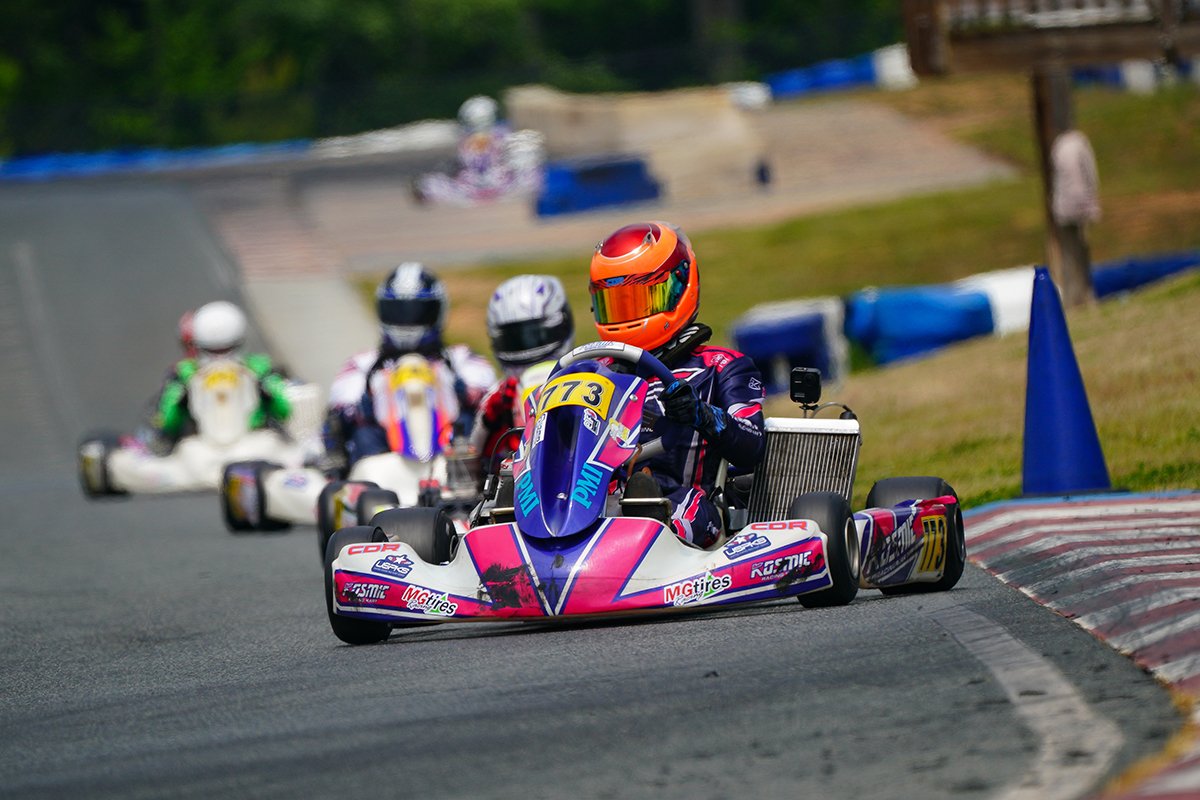 It was the second event weekend of the 2022 United States Pro Kart Series (USPKS), and it was a trying one for young Steven Miller. Competing under the Chad Dokken Racing banner, Miller took on the ultra-fast GoPro Motorplex in both KA100 Junior and X30 Pro Junior as he looked to carry the momentum from the first quarter of the year into Mooresville, North Carolina.

“It was a tough weekend for sure as incidents on track and post-race penalties took away some potential good finishes,” explained Miller. “We had the speed to run at the front of the field and though our results don’t show that, I think the competition sees that we can fight for race wins and podium results each and every weekend.”

With qualifying taking place on Friday afternoon, Miller earned a pair of top-ten starting spots in the KA100 Junior class with ninth and third place results for Saturday and Sunday’s prefinals while he mustered up fifteenth and eighth place starting positions in X30 Pro Junior. 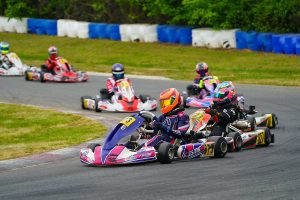 Moving into the wheel-to-wheel action on Saturday, Miller had a spirited drive forward in the prefinal moving from ninth to third. Looking to continue his march to the front, the CDR driver was able to salvage a top-five finish after battling hard for a podium result. Sunday would see Miller start in the third position but contact on track resulted in a nineteenth place result. Starting shotgun on the field for the day’s main event, Miller was a man on a mission and rocketed his way to the front. Moving his way into the top-ten and then eventually the top-five, Miller was victim of another driver’s error and failed to complete the full race distance.

On the X30 Pro Junior side of the program, Miller’s best result came in Sunday’s prefinal where he finished seventh. Despite showing a ton of speed, the Chad Dokken Racing driver often found himself in the wrong place at the wrong time this weekend.

Miller added, “A weekend to forget in regard to results, but gained experience and knowledge for the future. I am looking forward to more events this season including some new types of racing that I will compete in shortly.”

Miller will try some new karting in a few short weeks as he takes on the Summit Point Motorsports Park and the 2022 AKRA National Road Racing Series. Competing in the Yamaha Junior Lay Down division, Miller will try firsthand enduro style racing.