Round Two in the Books for ROK Sonoma 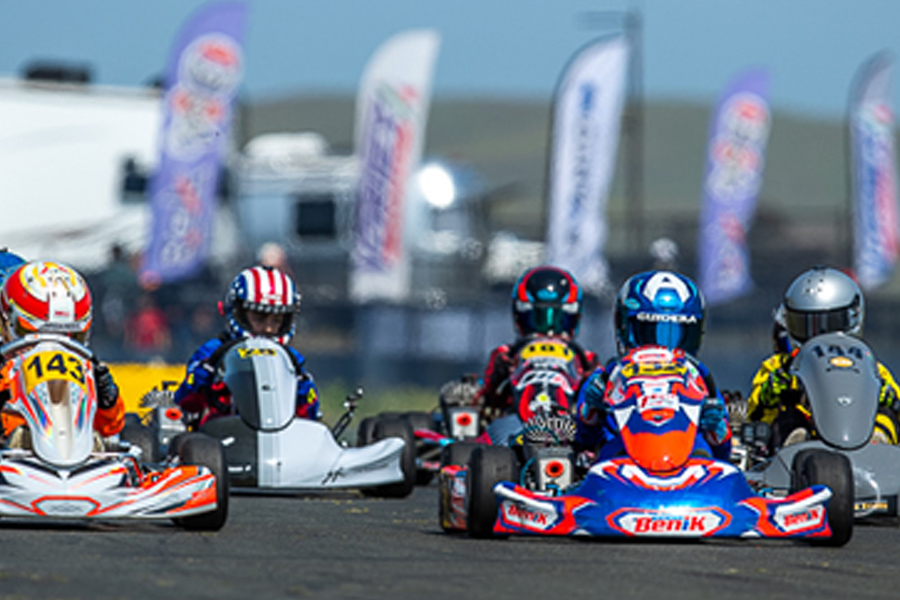 It was another perfect weekend for racing as the ROK Sonoma Series completed their second event weekend of the young 2022 season. In a race day that featured a warmup session, qualifying, two heat races and a main event, track time continues to be plentiful for the ROK Sonoma teams and competitors as they continue to provide the best karting bang for your buck in the United States. A handful of new winners emerged during the second event weekend of the season as they look to throw their hat in the mix for the series title that will be determined in only seven more races.

“Another great weekend, and I can’t thank the teams and competitors enough who come out to support our program,” explained Steve Cameron. “We understand that the competitor has a choice in North American karting, and we thank you for making the ROK Sonoma program your series of choice. We will continue to provide the most track time possible and the most well run events we can as we continue to try and grow pushing forward through 2022.”

The 125cc Shifter LTD class boasted one of their largest quantity of drivers to date as eleven hungry competitors hit the track for round two of the 2022 season. In the end, it was Pat Beckley who dominated the day’s proceedings to take the main event win by just over five seconds. Bryan Devert and Steve Piggott had an epic battle for the second step on the podium with Devert getting the better of the two. With Beckley, Devert and Piggott on the podium, Nicholas Colyvas was the best of the rest in fourth while Steve Cameron rounded out the top-five. The 80cc Master race win went to Rich Phillips as Beckley swept the day taking the pole position and each wheel-to-wheel win.

The only smudge on a near perfect day for Ethan Booher was the first of two heat races as he crossed the line in P2 after qualifying on the pole position earlier that day. Rebounding to take the heat two win, Booher carried that momentum into the main event to take his first victory of 2022. Hudson Sharp scored the fastest lap of the race before finishing second while Casey Moyer joined the front two on the podium in third. Perennial front-runner Anthony White was able to show similar pace to the leaders in his run to fourth while Yana Kapoor earned a solid fifth place finish.

Josh Buttafoco was the man of the day in the Master 100cc class as he swept every on track session by topping the charts in each but also secured the fastest lap in all three wheel-to-wheel races leaving the rest of the field to battle for second. Shane Howe held down the P2 spot in the main event finishing just four tenths of a second ahead of Scott Formanek in third, John Madrigal in fourth and Kieron James in the fifth position.

Gaining experience on the national stage, Gabby Guidera took the pole position and two heat race wins before she topped the results sheets in Mini ROK taking the victory over Erik Doan who finished a distant second. Brendan Tran slotted his Vortex Engines powered machine into the third position to secure the final step on the podium while Henry Fogarty and Dexter Salaverria rounded out the top-five. Mateo Calderon was quick and would be at the front of the field but an issue in the main event saw him at the bottom of the results. Landon Cordero-Dolph scored the win in Micro ROK ahead of the second of the two Fogarty drivers, Jimmy Fogarty.

Eddie Shimmon stole the show in the 100cc Senior class by sweeping the day and topping the charts in every official session. After scoring the pole position and two heat race wins, Shimmon went on to top the podium blocks in the Senior 100cc main event. Gino Sandoval put up a good fight but finished 3.7 seconds in arrears of Shimmon while JC Perez joined the front two on the podium in third. Ryan Persing slotted into the fourth position while Yashom Kapoor earned a fifth place finish for his efforts.

Ryan Martin looked to be the man of the day in Pro ROK Shifter as he led each session leading up to the final. Unfortunately, missing out on the top position in the main event, Martin crossed the line second, 1.979 behind Brian Keck who scored the day’s victory en route to the fastest lap of the race. With Keck leading the way and Martin in second, Kevin Woods pushed his #494 entry to a third-place result with Bryan Lloyd and Henry Barton rounding out the top-five. In the Master ROK Shifter class, it was Patrick O’Neil who added another race win to his growing resume over Michael Guasch.

In the combined Master ROK and Senior ROK class, seven drivers would take to the track with Hunter Hagenbuch leading the way. Taking the main event win by a commanding 14.662 over Ying Li, the pair were separated by Senior ROK victor Colin McGrath. Fred Clark finished third in class to celebrate on the Master ROK podium while Daniel Jones and David Palic were scored in fourth and fifth respectively. Behind McGrath in the Senior ROK class was Torsten Olsen.

The next event in the 2022 ROK Sonoma schedule will be over the Memorial Day weekend, May 28-29.

For more information, visit ROK Sonoma online via their Facebook page by searching ROK Sonoma or at their website www.roksonoma.com.