A win, pole and two podiums in Mooresville 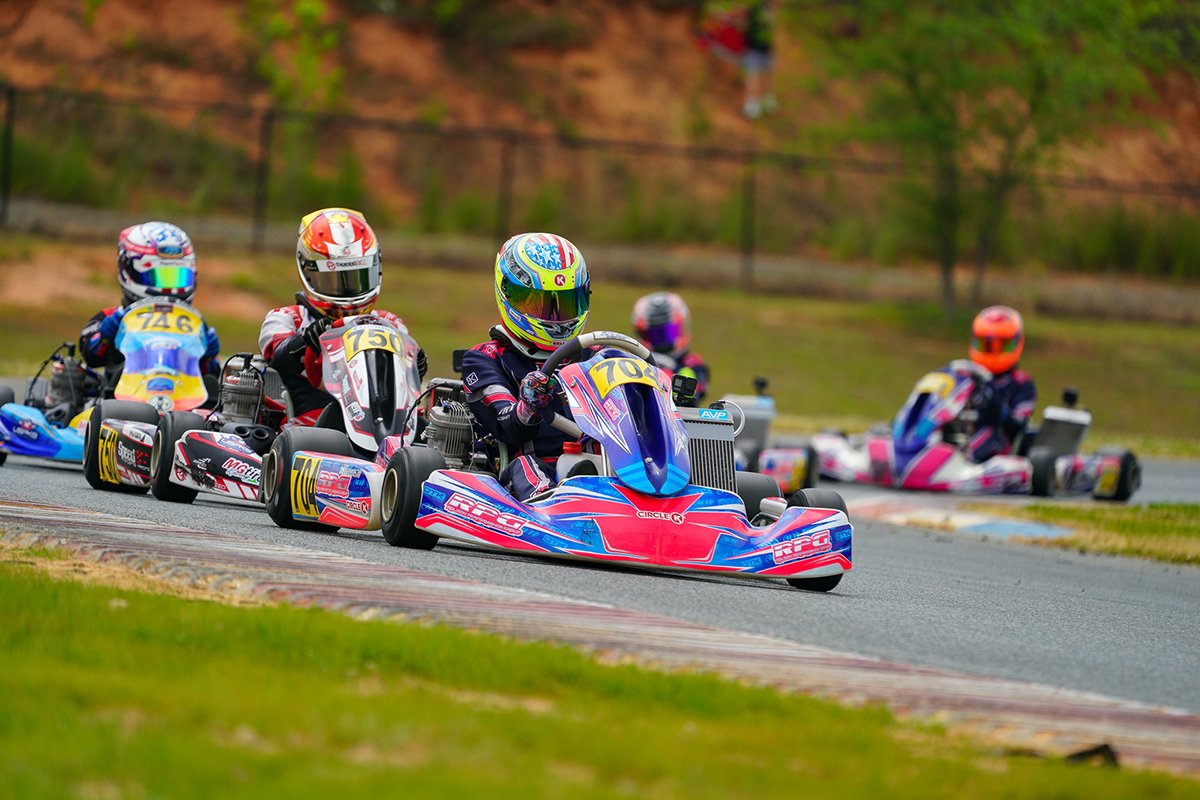 It was back on track this weekend for the second event in the United States Pro Kart Series (USPKS) and Caleb Gafrarar made it a winning weekend. Flying the Rolison Performance Group (RPG) colors along with his new partner, Circle K Stores, Gafrarar found the top step of the podium on Saturday in X30 Pro Junior while adding a second podium finish on Sunday in KA100 Junior.

Friday would feature a pair of qualifying sessions in the afternoon as Gafrarar would aim for the pole position in both KA100 Junior and X30 Junior Pro. Despite a valiant effort, the RPG driver could only muster a seventh-place result in KA100 Junior and a fourth-place finish in X30 Pro Junior for Saturday’s festivities. Sunday’ sessions would be a little worse in the KA100 Junior ranks with a difficult 16th place result, but Gafrarar rose to the occasion in X30 Pro Junior to steal the pole position.

Returning to the track on Saturday looking for a pair of race wins, Gafrarar was able to achieve his goal in one of two classes. Taking the X30 Pro Junior prefinal win, Gafrarar went on to take the main event victory and swept the day’s proceedings in the class. The KA100 Junior proceedings would be slightly more difficult as a crash while running sixth forced him into the Last Chance Qualifier.  While missing the spot to advance to the final by one position on the track, after penalties were accessed, Gafrarar was told he made it into the final after all, just as he was to take to the track for the X30 Pro Junior final.  Starting from the last position, 44th on the grid, Gafrarar gained 29 positions enroute to a strong fifteenth place result and was named the biggest mover of the race.

Sunday would see much of the same speed for Gafrarar that he has shown throughout 2022. Starting 16th in KA100 Junior, the RPG driver had a spirited move to the front ending his prefinal in second. Looking to continue that forward progress in the main event, Gafrarar was only able to muster a third-place podium result but valuable championship points.

Starting from the pole position and finishing third in the X30 Pro Junior prefinal, Gafrarar was determined to top the podium blocks for the second day in a row. Gafrarar led three times in the final but not long enough to settle into stride. It was a very defensive race by multiple entrants in the field. Taking the lead on the start of the last lap with a brilliant move after being driven to the grass, the 13-year-old made it to the third corner before contact from behind sent him off the racecourse and down to the 30th position.

“A win, pole position and two podiums in my first weekend with Circle K Stores as a partner is great,” added Gafrarar. “We will now look to better these results at the next event.”

Caleb Gafrarar would like to thank Rolison Performance Group, Circle K Stores, OTK USA, Kosmic, Bell Helmets, Minus 273, From the Ashes and CPI Security for the continued support in the 2022 racing season.