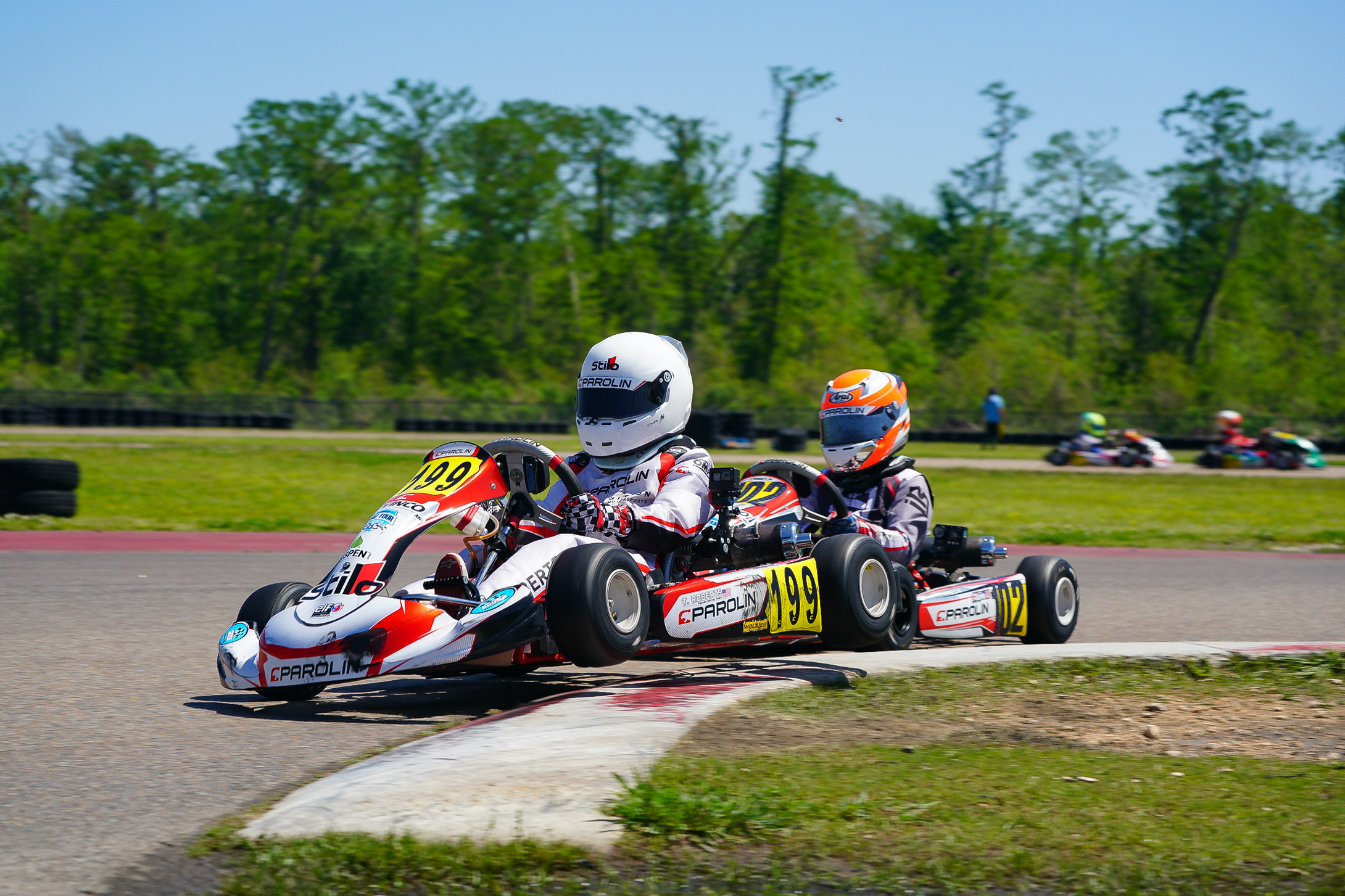 NEW ORLEANS, LOUISIANA (April 3, 2022) – Parolin USA began their season with a bang in January, winning multiple races and a class championship on the SKUSA Winter Series, and this effort will continue throughout 2022 as the team contests the SKUSA Pro Tour with its talented group of young drivers. SKUSA’s three-event national program launched last weekend with the fifth annual WinterNationals at NOLA Motorsports Park in New Orleans, Louisiana. The team was extremely competitive in the Mini Swift class, sweeping the top-five positions in qualifying on Sunday for Round #2 ahead of a race win by Tyler Roberts. Parolin driver Jack Iliffe had won on Saturday, giving the brand the weekend sweep of the class’ first-place trophies. They also earned a pair of second-places finishes in Micro Swift thanks to Rocco Simone. Parolin USA’s lead driver Alessandro de Tullio performed well in the X30 Senior main event on Sunday, finishing a strong fourth in the ultra-competitive 45-driver class despite not feeling well.

Vivek Kanthan led the way for the four-driver Parolin USA Mini Swift squad, timing in second in Saturday morning’s wet session. Tyler Roberts was 11th to begin the event’s official sessions, while Alessandro Truchot completed the top-15 in the 40-kart class. Sarah Bradley qualified 24th and Bobby Klein was 27th. Truchot won the Micro Swift championship in the SKUSA Winter Series, and after competing overseas in February and March, he elected to graduate up to Mini Swift for the Pro Tour. In his first national event at the higher level, he performed extremely well. The Mini Swift Prefinal was also run in the rain, and Kanthan maintained his position as he handled the tough conditions well and ran alone on the track in second. Roberts finished 13th, but a miscue of using the wrong set of rain tires resulted in an unfortunate disqualification which set up a stellar drive in the final. Truchot held his position in the wet and finished 13th while Bradley advanced a couple of positions to 21st. Klein was involved in a wreck that bent his chassis, so he sat out the Final. In the main event, Kanthan battled an engine issue and dropped to 13th. Bradley ran a great race in the dry conditions and moved from 21st to 12th, setting up her consistent improvement up the order. After his issue in the Prefinal, Roberts put on a show as he advanced throughout the 18-lap race, passing 27 drivers to come from 42nd to finish 15th, just ahead of Truchot in 16th.

In Round #2, which was run in perfect conditions with blue skies, Roberts qualified on the Mini Swift pole, leading a top-five that was swept by Parolin chassis drivers, including Kanthan, Keelan Harvick, Jack Iliffe, and Truchot, who stepped up his pace following his class debut on Saturday. After taking second in the Prefinal, Roberts found himself in a fight for the main event win with fellow Parolin driver Jack Iliffe. The two drivers stretched away from the pack, and in the end, after an on-track penalty, Roberts earned his first Pro Tour win. Kanthan was involved in a race-long battle with Oliver Wheldon and finished third, taking the final step on the podium. Truchot saved his best for last, finishing an impressive seventh, while Bradley did as well, completing the top-10 as she was on pace all day. 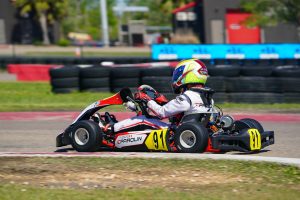 Parolin USA also fielded entries for three drivers in Micro Swift at the WinterNationals – Jaime Garcia, Rocco Simone, and Pasha Ali. Garcia and Simone qualified in the top-five in the wet conditions for Round #1, while Ali was 19th. Simone held his position in the Prefinal and then ran an extremely strong main event to finish on the podium in second. Garcia finished 10th in the Prefinal and then came out on top of a fight for a position in the top-five in the main event, finishing fifth. Ali completed a consistent day to gain important experience, as Pasha finish 16th, in the middle of a four-kart pack. Pasha is in his first year in the Micro categories, graduating from Kid Kart racing. He’s done extremely well to begin the season and he continued to pick up speed throughout the weekend.

On Sunday, Simone was never outside of the top-five, qualifying fifth before winning the Prefinal to start on the pole for Final. In the main event, he led for a time and was a factor from start-to-finish, eventually score his second runner-up finish of the weekend to put himself in contention for the Pro Tour title heading to the SpringNationals in Utah in June. Garcia qualified ninth and finished 10th in the Prefinal, but he suffered an engine program and was forced to retire. Ali turned his quickest official lap of the weekend in qualifying to sit 18th, and he then advanced to 15th in the Prefinal, again battling within a pack of karts. Pasha capped off the event with a 17th place finish in the main. 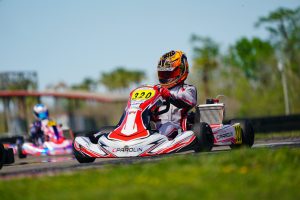 Parolin USA’s lead pilot and driver coach Alessandro de Tullio had a rough start to the weekend, unfortunately getting dirt in his eyes during the wet qualifying on Saturday when he cracked his visor to clear out the fog. As a result of his hindered visibility, he qualified 29th and was amidst the chaos in both the Prefinal and Final, as was collected in wrecks in both races. Alessandro arrived on Sunday feeling under the weather, but he soldiered through qualifying third and eventually finishing an impressive fourth in the Final to keep himself in contention for the championship.

The Parolin USA team will now turn their national focus on the upcoming United States Pro Kart Series event at GoPro Motorplex at the end of April. Until then, they will continue their driver development to prepare their drivers to make positive strides forward for the next competition.