One Win, Three Podiums, and a Championship for Birel ART at the Florida Winter Tour Finale 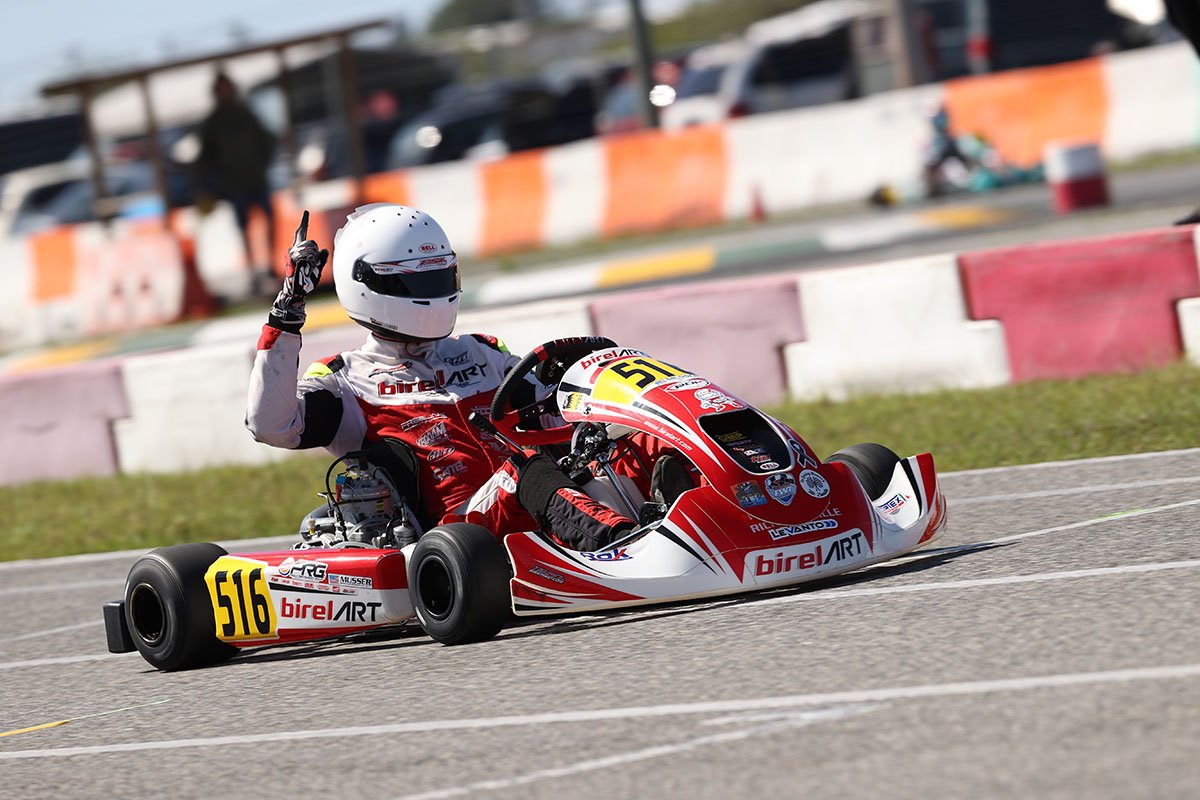 Descending on the Orlando Kart Center for the second weekend of competition in a row, Birel ART North America flexed their muscles at round three of the ROK Cup USA Florida Winter Tour. With several drivers running at the front of the field in multiple different classes, it was one pole position after qualifying, three pole positions for Sunday’s main events, one win, three podiums and a championship for the Red Army.

“The weather was a factor all weekend long, but our drivers drove around it and our mechanics worked through it,” explained Dominic Labrecque. “From sun, to warmth, to win, rain, and cold, it was a trying weekend for all but one where the Birel ART North America program worked together to overcome the odds.”

In the talent filled ROK Senior class, it was Marijn Kremers (PSL Karting) who was at the front of the field as he would overcome a fifth-place qualifying effort on Friday to progress through the heat races and prefinal to snatch the inside front row starting spot for the main event. In a brilliant drive that saw the top of the field fight on track for the win, Kremers would come up one position short on track as both he and Patrick Woods Toth (Prime Powerteam) took turns in the lead. Woods Toth rebounded from a ninth place run in qualifying to win in the prefinal and take the lead on the opening lap of the ROK Senior main event. When the dust had finally settled and penalties were given out, Kremers would be classified in the fifth position while Woods Toth was taken out by contact.

In the ROK Mini ranks, it was Max Cristea (PSL Karting) who would lead the field on the result sheets. After qualifying in the sixth position, Cristea would start Sunday’s main event from most difficult position, on the outside of the front row as he fell down the order early. Working his way back forward, Cristea would end his weekend in the sixth position and earn a P5 result in the championship for his efforts. Devin Walz (Mottazsport) also had a strong run through the heats to earn himself a top-five result on Championship Sunday. Like his older brother but in ROK Micro, Drew Walz was in the top-ten early on with a strong sixth place result in qualifying.

The majority of the Birel ART results came from the ROK Shifter and ROK Shifter Master class. Jake French (PSL Karting) would qualify second with Davide Greco just behind him in fourth. Rubens Barrichello put his Birel ART in the seventh position as Michael Stevens was tenth. A huge advancement forward through the heat races and prefinal saw French start on the pole for Sunday’s main event while Stevens lined up directly behind him in third with Greco just to his rear in fifth. All three drivers would end their weekend with top-ten finishes with French standing on the podium in second and earning the Vice-Championship honors while Greco finished in the top-five in fourth. Stevens had an off in the first corner but battled back to finish seventh.

Jordon Musser (PSL Karting) had another near perfect weekend in the ROK Shifter Master class taking the pole position in qualifying and followed that up with a strong set of heat races and prefinal to maintain the inside front row starting spot for the main event. Rocketing off the line and yielding any pressure from the competitors behind, Musser took his third win in as many races and added another Florida Winter Tour championship to his resume. Francesco Vassallo was also in the top-ten on occasion as he continued to gain experience for the remainder of his 2022 campaign.

With the Florida Winter Tour now in the books, Birel ART North America will shift their focus to several other programs with their next event in just a few short weeks.