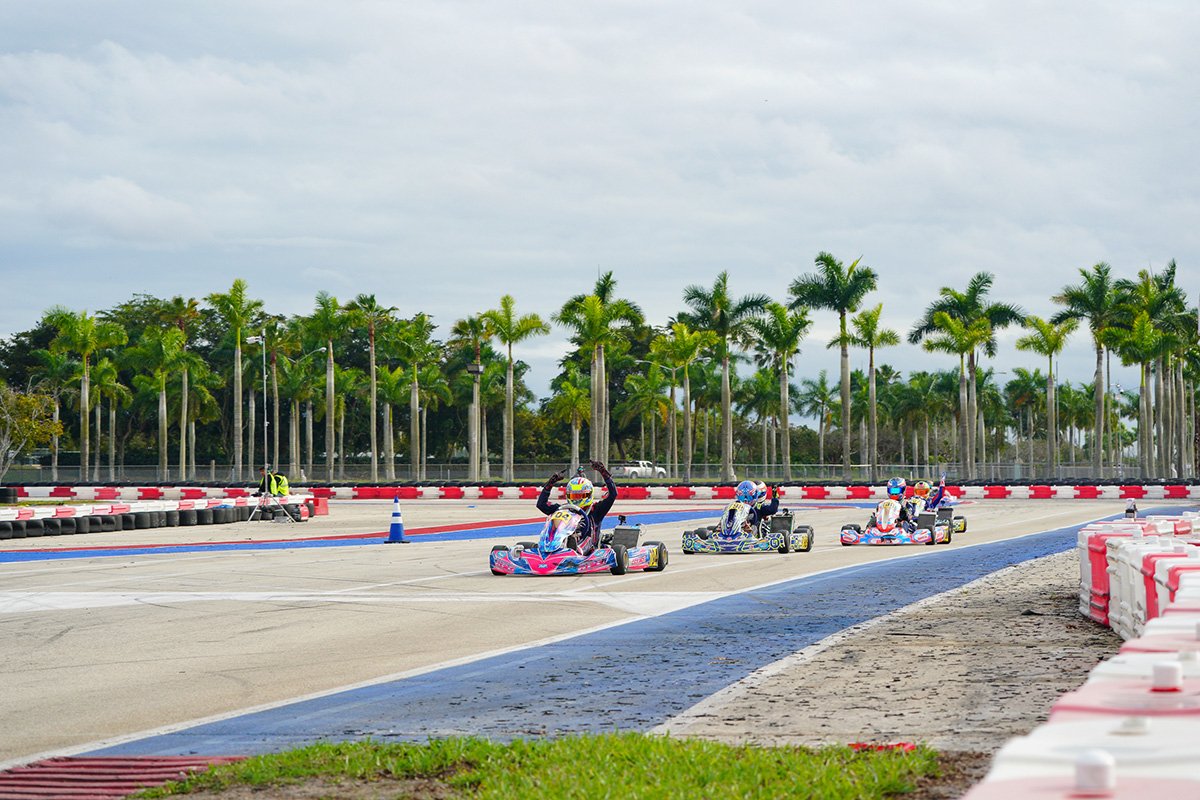 It was a dominating weekend for Caleb Gafrarar during the final rounds of the Superkarts! USA (SKUSA) Winter Series. Taking place at the AMR Motorplex next to the Homestead-Miami Speedway, Gafrarar earned four race wins, two pole positions, four fast lap honors and the KA100 Junior Championship. Flexing his muscles in both wet and dry weather competition, the Rolison Performance Group (RPG) driver claimed every junior main event victory over the weekend.

Saturday proved to be a winning day and the best results day for Gafrarar since joining the RPG program back in October of 2021. Competing in both the KA100 Junior and X30 Junior classes, the young North Carolina resident scored multiple fast lap honors on his route to a pair of main event victories.

After earning the KA100 Junior pole position and winning the prefinal by 2.7 seconds, Gafrarar was given a three-second time penalty for scrubbing tires and was relegated to second on the results sheets. Forced to start on the unfavorable outside of the front row, the RPG driver was pushed out wide losing multiple positions but was unfazed by the scenario that was presented to him. Advancing back to the front and taking the lead, Gafrarar opened a nearly nine second advantage as he went on to drive to the win and extend his championship point lead. 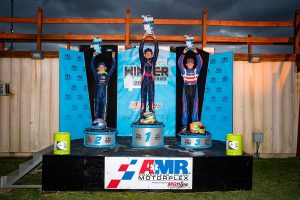 In the X30 Junior ranks, Gafrarar was under a different set of circumstances as a second-place effort in qualifying yielded a fourth-place result in the prefinal en route to the fastest race lap. Knowing that he had the pace to compete and with the long main event in front of him, Gafrarar made it through the first corner and bided his time as he moved towards the front. Never looking back and extending his lead with each passing lap, Gafrarar doubled his victories on the day as he cruised to a 1.2 second lead before a red flag was thrown, ending the race with just five laps to go, declaring Gafrarar the winner.

With momentum on his side, Gafrarar returned to the track on Sunday. With his only blemish of the day in qualifying where he earned the second fastest time, Caleb went on to win the wet weather prefinal, claimed the fastest race lap and repeated his performance in the main event taking the checkered flag by a dominating 17.8 seconds. Scoring three victories in four races, Caleb Gafrarar and Rolison Performance Group earned the title of Superkarts! USA Winter Series Champions for the KA100 Junior class.

Gunning for four race wins on the weekend, the last hurdle for Gafrarar was the X30 Junior class where he started his day in the top-five with a fourth-place result in qualifying. A rain soaked prefinal and some over aggressive competitors saw Gafrarar fall back into the clutches of a hungry field of drivers and ended his on-track session in eighth. Starting from the outside of row four, Gafrarar began to march his RPG Kosmic forward and by the time he had reached mid-race distance, he slotted himself into the second position, 1.5 seconds behind the leader. Closing the gap to .90 with eight laps to go, Gafrarar then made his move for the lead with five laps remaining. Coming to the white flag, Caleb put up some defense only to scrub speed and lose two positions by turn two. By turn five, he regained second position and followed the leader, making a huge outside pass in turns 10/11 to take the victory to complete the sweep in the junior ranks.

“What a weekend!” expressed Gafrarar. “To win at this level is so hard and to be able to do it four times in the same weekend is something that I didn’t dream of. A huge thanks to Rolison Performance Group, my mechanics, OTK Kart USA and all of my supporters. I look forward to continuing this winning trend next weekend.”

Caleb Gafrarar would like to thank Rolison Performance Group, OTK USA, Kosmic, Bell Helmets, Minus 273, and CPI Security for the continued support in the 2022 racing season.