WSK Champions Cup Kicks Off the Season with a Great Spectacle 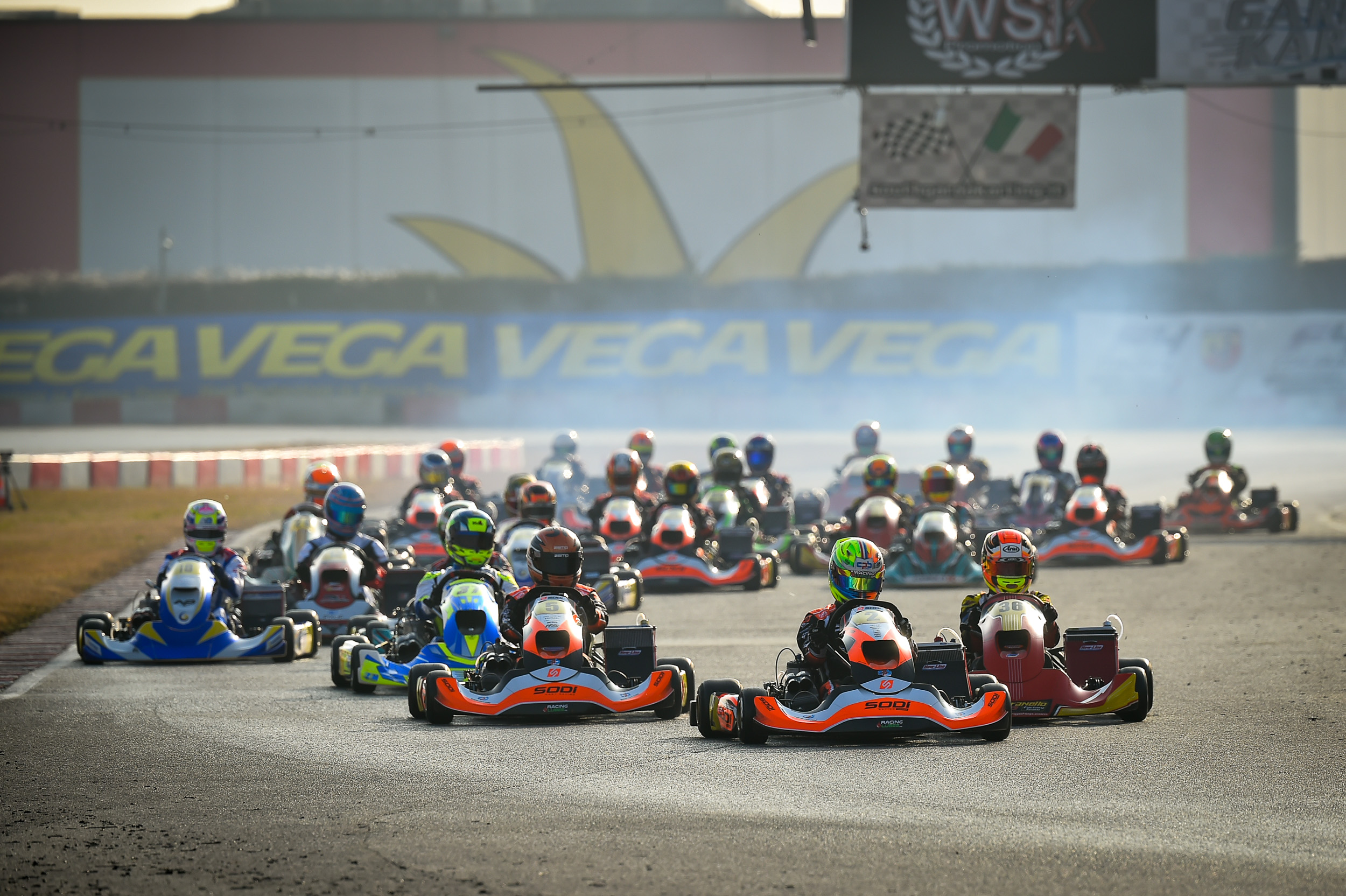 After an eve characterized by intensely cold temperatures, the sun came out for the final stages of the WSK Champions Cup in Lonato and the nice weather allowed all the drivers to show their competitiveness. The participation to this event that opened WSK Promotion’s 2022 season has been once again great with more than 170 drivers from 36 different countries on track in KZ2, OK, OKJ and MINI. 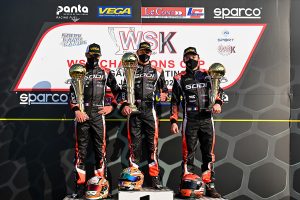 The Russian Maksimilian Popov (Ward Racing/Tony Kart-Vortex-LeCont) won OK proceeding Danny Carenini (Team Driver/KR-Iame) at the sprint to the line, while the Italian Sebastiano Pavan – who is Carenini’s teammate and has been the protagonist of the heats – had to retire from the Prefinal.

OKJ. In OK-Junior the Russian Dmitry Matveev (Koski Motorsport/Tony Kart-Vortex-Vega) confirmed to be on top of this category. In the Prefinal he led Singapore’s driver Tiziano Monza (DPK/KR-Iame) and the Brit Nathan Tye (Sodikart/Sodikart-TM Racing). 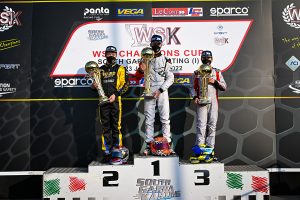 MINI. Two Prefinals took place in MINI due to the high number of entered drivers. Prefinal-A was dominated by the Czech driver Jindrich Pesl (BabyRace/Parolin-Iame-Vega), while the Swede Scott Kin Lindblom (Gamoto/EKS-TM Racing) had the best of the Spaniard Christian Costoya (Parolin Motorsport/Parolin-TM Racing) at the last lap of Prefinal-B. 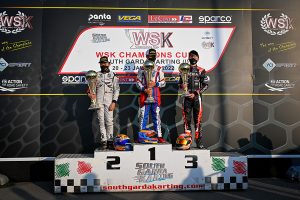 Danny Carenini (Team Driver/KR-Iame-LeCont) did not miss the chance to take the win in OK despite slipping down to P3 early on. Back on top of the Final, Carenini did not struggle much to take the win leading the Russian Maksimilian Popov (Ward Racing/Tony Kart-Vortex) and the Brit Coskun Irfan (Shamick Europe/Parolin-Iame). The fourth place went to the German Felix Arnold (CV Perfomance/KR-Iame) and the fifth to the Italian Francesco Marenghi (DPK Racing/KR-Iame). The Italian Sebastiano Pavan (Team Driver/KR-Iame) completed a great recovery ending sixth from the last spot on the starting grid.

The Final of OK-Junior has been surprising and the final win went to the Peruvian Andres Cardenas (Energy Corse/Energy-TM Racing-Vega) after the domination of the Russian Dmitry Matveev (Koski Motorsport/Tony Kart-Vortex) until the Prefinal. In the Final Matveev lost several places before being forced to retire, while Cardenas claimed the victory leading the Chinese Zhenrui Chi (Beyond Racing Team/KR-TM Racing), who proceeded  the Brit Nathan Tye (Sodikart/Sodikart-TM Racing). The fourth place went to the Brazilian Miguel Costa (DPK Racing/KR-Iame), the fifth to the Israeli Guy Elbag (Ward Racing/Tony Kart-Vortex).

The Final of MINI won by the Spaniard Christian Costoya. 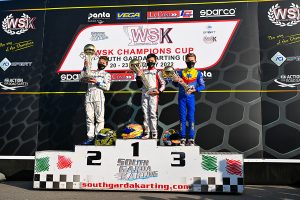 At the end of a lively position exchange on the top of the MINI’s Final, the Spanish driver Christian Costoya (Parolin Motorsport/Parolin-TM Racing-Vega) had the upper hand in the closing stages and secured the win from the Czech Jindrich Pesl (BabyRace/Parolin-Iame), who dominated in qualifying practice and heats. The third step of the podium went to the Dutch Dean Hoogendoorn (Alonso Kart by Kidix/Alonso-Iame), while the fourth and fifth place went to the Belgian Dries Van Langendonck (Parolin Motorsport/Parolin-TM Racing) and the Austrian Niklas Schaufler (Emme Racing/EKS-TM Racing).

Complete results are available at wskarting.it.

The next appointment on track is for January, 30th with the opening round of the WSK Super Master Series in Lonato.

Two drivers from North America were able to transfer to the main event in the Mini category. USA was led by Jack Iliffe (Parolin Motorsport) as the SKUSA and USPKS Micro Swift champion finished 11th. He qualified 13th and finished top-seven in the five heat races to end up ninth in points. He gained one spot in the Prefinal A to start in row four of the Final. Canadian Ilie Tristan Crisan (Gulstar Racing / KR) gained three spots in the main event to end up 23rd. That was the same position he qualified before finishing all of the five heats inside the top-10. That put him 18th in the points A tough Prefinal B saw him finish 24th, falling 15 positions. When factoring in the heat points and the Prefinal finish, Crisan was classified 26th to earn a spot in the Final.

SKUSA Winter Series double Micro Swift winner Alessandro Truchot (FRA / Parolin) was only five positions short of earning a spot in the Mini Final. He qualified 45th and worked up to 40th overall after the heat races. He was only able to gain two spots in Prefinal B to end up 18th, finishing 41st in the final point standings. Vivek Kanthan (AVRacing / Parolin) was the only other driver to carry the USA flag banner, ending up 48th in the final point classification. He qualified 53rd and improved to 50th before the Prefinal. In the second Prefinal, he continued to advance to end up 20th in the race.