Behind the Laptop: The Longest Season

There is no doubt that 2020 was one of the more difficult years in decades for everyone around the world, which not surprisingly impacted the sport of karting – both positively and negatively. Depending on the region or area in which you reside, karting was affected one way or another. After dealing with the initial months of the pandemic, we were all eager to see the calendar turn over to 2021…and what a year it has been. It could possibly be one of the longest racing seasons we’ve witnessed in our time.

It all began in the opening weekend as the WKA Daytona KartWeek kicked off the season just prior to New Year’s Day celebrations, during its annual time slot right after Christmas. A week later, Superkarts! USA was firing up their Winter Series program in the warmth of South Florida. From there, the winter weekends filled up fast with events from coast to coast, including Challenge of the Americas and the Florida Winter Tour. Before the snow began melting in the north, the SKUSA Pro Tour and United States Pro Kart Series began their seasons, and in a blink of an eye, we were well into the summer schedule. Before we knew it, we were trackside once again welcoming back the Rock Island Grand Prix on Labor Day weekend. We then pushed through to the series finales, and of course the major events to close out the year, including the record-breaking CKNA Grand Nationals 5. This year’s season was then extended into the month of December due to the rescheduled date for the SKUSA SuperNationals 24.

I think it’s safe to say we have finally recovered from the SuperNats just before we all moved directly into the Christmas holiday season. Now, we are enjoying the last few days of the 2021 calendar, which is the perfect time to reflect on this past year. 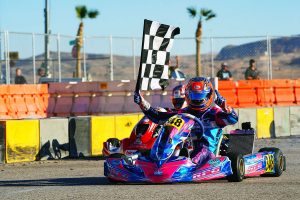 Is it time that Ryan Norberg moves to Europe to race for a factory team? (Photo: On Track Promotions – otp.ca)

Several drivers that call the United States of America home traveled across the pond to compete in Europe throughout the 2021 season. Some of the notables included Ugo Ugochukwu (Kart Republic) and James Egozi (Tony Kart Racing Team). Ugo – the 2020 FIA European Champion in OKJ competition – started the 2021 FIA World Championships in OK from the pole position, eventually finishing fourth. Egozi – a Junior rookie who won the WSK Open Cup championship – won four of the five heat races in OKJ before rain came and disrupted a possible run at the world title.

2021 saw the most USA drivers competing at the international level, with a vast majority in the Cadet and Junior age levels. But what I’d like to see is some of our top Senior level stars making the trek overseas to compete against the best in the world.

Why do we not have Ryan Norberg or AJ Myers racing in Europe?

For Norberg, there is a great relationship between he and OTK. He has not only developed himself as one of the top drivers in the country, but is a strong coach, including a large following on YouTube. With OTK housing multiple factory teams, Norberg could play a role similar to what he does under the Rolison Performance Group tent, serving as both driver and coach. We see that with a lot of the Senior level drivers in Europe, including former world champions Danny Keirle and Lorenzo Travisanutto.

Myers is no stranger to racing in Europe, having contested the 2019 FIA KZ World Championships when he was a CRG Nordam driver. He’s proven to be an all-around karter, racing and winning in shifterkart, TaG and 100cc competition. Racing with Magik Kart USA over the last two years, they could build a program to go compete against the big factory teams and drivers with a run in 2022. Three events in total with Genk, Belgium in May and Adria, Italy in June to contest the FIA European Championship. That all gears up for the FIA World Championship in Le Mans, France the opening weekend in September.

Aside from the tickets drivers earn to compete at the IAME Warriors Final, ROK Cup Superfinal, and the Rotax Grand Finals, I’d love to see our top Senior level drivers competing on the world stage.

Speaking of those three engine packages, we are seeing a strong return of the big three engine manufacturers. Of course, IAME has a strong footing with Superkarts! USA and the United States Pro Kart Series. ROK had its best numbers yet with the Challenge of the Americas, Florida Winter Tour, California ROK Championship and the ROK Vegas event. We have documented the rise and fall of Rotax racing here in the United States on EKN, however, J3 Competition and RTX Karting are firm on rebuilding the brand with a focus on the grassroots level.

With the numbers we have seen over the last year and a half, the sport is growing. The expansion allows for all three engine platforms to have a place to flourish, without the threat of ‘stealing’ racers from one engine to another. Each have their big international events, which is a great promotional tool to use in terms of marketing to not only the national racers, but the clubs/tracks and regional programs to utilize their engine.

Personally, I love the three major one-off events for each engine platform. It provides me as a journalist with the opportunity to cheer on those representing the United States, and Canada as my adapted nation, thanks to EKN Publisher Rob Howden. As I closely following the recent Rotax Grand Finals – the true ‘Olympics of Karting’ – I still believe that there is nothing better than watching the performance and growth of those drivers representing their country.

The focus, however, for all three needs to be on bringing in new racers, as we move forward into 2022. 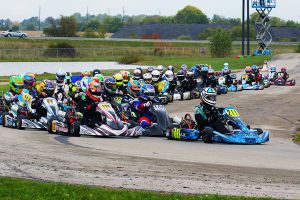 To help provide opportunities for the engine manufacturers, there needs to be an increase of karters each year. That is where the focus of growth should be for the sport. Over the past 10 years, much of that growth has been as a result of the success of the Briggs & Stratton 206 engine platform. The numbers speak for themselves, including the Briggs Weekly Racing Series program that welcomed over 3,500 racers at 45 tracks in North America. The Cup Karts North America Grand Nationals 5 surpassed the 300-entry mark for the seven categories in October at NCMP. Operation Grassroots will continue into 2022 with the CKNA elevating their events. But truly, it goes back to the clubs and local tracks that are having the positive impact of growth thanks to the Briggs 206 engine.

On the 2-cycle side, the resurgence of the 100cc engine package is filling up the other side of the paddock. This began with the introduction of the IAME KA100 in 2017 and has quickly become an alternative to a 125cc single-speed engines. The Vortex VLR 100 is doing the same within the ROK platform, with both 100cc packages providing the affordable price and lower maintenance costs that today’s karters are seeking.

It’s a great thing for the grassroots level, and now we have the perfect formula for clubs to follow. The Briggs for Kid Kart, Cadet, Junior, Senior and Master level racing. The same for the 100cc with Junior, Senior and Master divisions. Add in the Mini and Micro divisions for 2-cycle racing and you have the perfect formula for clubs and tracks to follow.

This is where the World Karting Association and the International Kart Federation need to focus their attention. Get tracks and clubs on-board with a similar format, class structure, and rulebook to help make things less confusing for those coming into the sport. EKN is looking to help further expand our role in growing the sport of karting and promoting the sport for those in the industry in the very near future. 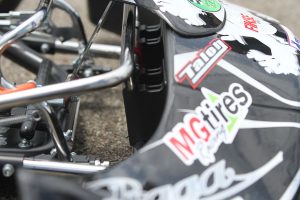 The ‘Pushback Bumper’ has served its purpose, but now is the time to put it back into the racers and officials hands (Photo: EKN)

As I began writing my column this week, it was announced that Superkarts! USA would remove the pushback bumpers for the SKUSA Winter Series, beginning on the upcoming January 7-9 weekend.

It was going to be my suggestion that moving forward, we look at trying to phase out the pushback bumpers here in the United States. It has become the standard around the world to utilize the pushback bumper for all categories. In the beginning, the pushback bumper (PBB) served its purpose by eliminating the chaotic starts that we saw pre-PBB, especially with the larger sized categories, along with the blatant take-out moves that were occurring across the board by a handful of drivers. However, much like everything, there is a negative effect from the PBB. Since it was initiated, there have been wins and podium finishes taken away from penalties due to the PBB no longer in its proper position on the front nerf bars.

The 2021 season saw some major race wins taken away due to the PBB. Hannah Greenemeier nearly pulled off her first SKUSA Pro Tour victory at the WinterNationals, but had that win taken away. She had to wait until the SpringNationals to get that elusive victory. Two recent major international events saw a PBB effect the winner. British driver Freddie Slater drove an amazing race in wet conditions, climbing 12 spots to cross the line as the provisional winner at the FIA Karting World Championships for OKJ, only to have a PBB penalty take away a possible second straight world crown. Just days ago, the winner of the Rotax Grand Finals in Senior Max – Tereza Babickova from the Czech Republic – put in a dominating performance, only to be removed as the first-ever female winner at the ‘Olympics of Karting’ from the top step of the podium due to a pushback bumper penalty.

SKUSA has pulled the trigger on all categories to test the waters, utilizing their massive camera system and marshalling program to help watch over the competition instead of the bumper on the karts.

What are other programs to do moving forward?

I say let the Senior and Master categories go without the PBB system. Let the grown drivers compete without having to worry about losing time or positions because their bumper moved in an inch. 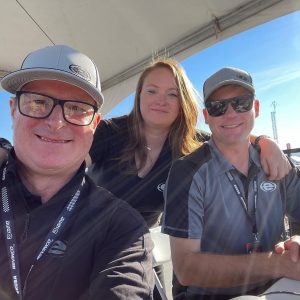 I began my column talking about how 2021 may be one of the longest seasons to date. The 2022 season is shaping up to be very similar, depending on the eventual date for the Superkarts! USA SuperNationals 25. There are more events on the national schedule for the upcoming season, which is already underway down at the WKA Daytona KartWeek and the new CKNA Winter Nationals in Jacksonville this weekend. WKA has always had their annual date, but now adding another event further piles on events for people to travel for with CKNA. The CKNA’s ‘national schedule’ now includes three major events, pairing the WinterNationals with the Spring Nationals in March and the upcoming CKNA Grand Nationals 6 in October. SKUSA is keeping in line with their former schedule, as will ROK Cup USA, USPKS, and other programs. The Rotax Trophy Series programs are expanding with more events in the west to increase the winter schedule for that half of the country.

Races are good, but my one fear heading into the new year is that we have too many races, both at the national and regional level. Add in the expanding club schedules and it leads to a busy 2022. One way to help that is to again expand the number of karters to help fill up these events with healthy, competitive fields.

I hope everyone had a very Merry Christmas and my best to everyone racing this week and weekend, with a safe and prosperous New Year!