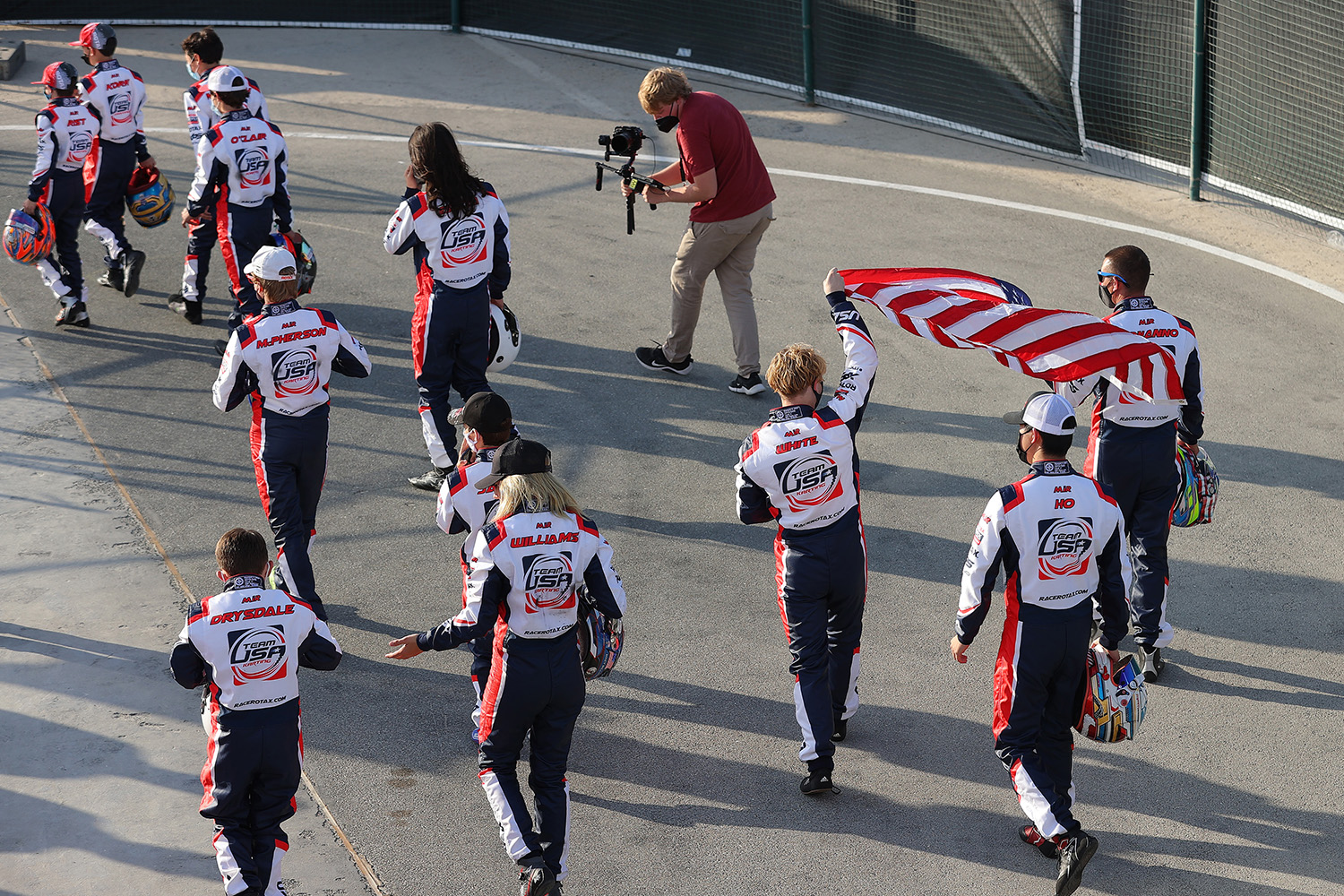 The 2021 Rotax Max Challenge Grand Finals closed out on Saturday, December 18 with the seven main events contested on the Bahrain International Karting Circuit. A full week of competition by the 376 drivers from all over the globe in the seven categories concluded with the main events deciding who would be the 2021 Rotax title winners. Eight drivers of the 14 that traveled to represent Team USA at the ‘Olympics of Karting’ came away with two top-10 finishes.

Ethan Ho was the lone driver from Team USA competing in the DD2 category, and it was his first time racing the two-speed Rotax package in his first trip to the Rotax Grand Finals. After contact in the Prefinal hurt his starting spot, Ho took the green from 22nd and began fighting forward. Ethan reached as high as 13th, nearing the top-10 when he was shuffled back, ending up crossing the line in 20th before a pushback bumper penalty dropped him further. In the end, Ethan showed strong pace against the top DD2 drivers in the world with very little experience at that level.

What was originally supposed to be a P5 starting spot for Derek Wang, ended up becoming a P9 grid position for the main event. Race officials had stated that total points from the two heat races and the Prefinal would determine the grid. However, Saturday morning it was announced that the grid would be set by the Prefinal finishing position. It cost Wang valuable positions at the start, putting him into the blender. He had to battle hard in the first half of the race, and got himself into seventh, but ran out of time to battle for the third spot finishing just under one-second ahead of him. After penalties, he moved up one position to record the best result for Team USA at the 2021 Rotax Grand Finals. The change in format helped fellow Team USA driver John Bonanno, unfortunately, he fell back at the start. Bonanno worked hard and fought his way forward, ending up with a top-20 finish.

Three of the five drivers representing Team USA made the main event in Mini Max. Gage Korn led the way by starting 13th, but was dropped to the tail of the 36-driver field after contact on the opening circuit. Korn fought back to be able to cross the line 21st, just ahead of both Team USA teammates Kyle Drysdale and Jackson Wolny. They all moved up three positions after penalties to put them into the top-20. Drysdale ran as high as 14th in the race before slipping backward. Wolny continued his charge forward that began in the Prefinal, advancing a total of 10 spots in the 14-lap Final.

The Prefinal – Final format change occurred in the Micro Max division as well, with Team USA driver Sebastian Rist starting the main event from P27. He was able to maintain the position through the 12-lap run, moving up a couple positions after penalties to finish top-25 in his first Rotax Grand Finals appearance.

Team USA can celebrate having a driver as part of the inaugural E20 category for the electric kart category that ran as an official class at the Rotax Grand Finals. Due to the change in format, Ellis Spiezia started where he finished in the Prefinal, outside the top-10. He fought forward, grabbing two positions in the final two laps to be able to claim seventh as part of the first main event at the Rotax Grand Finals.