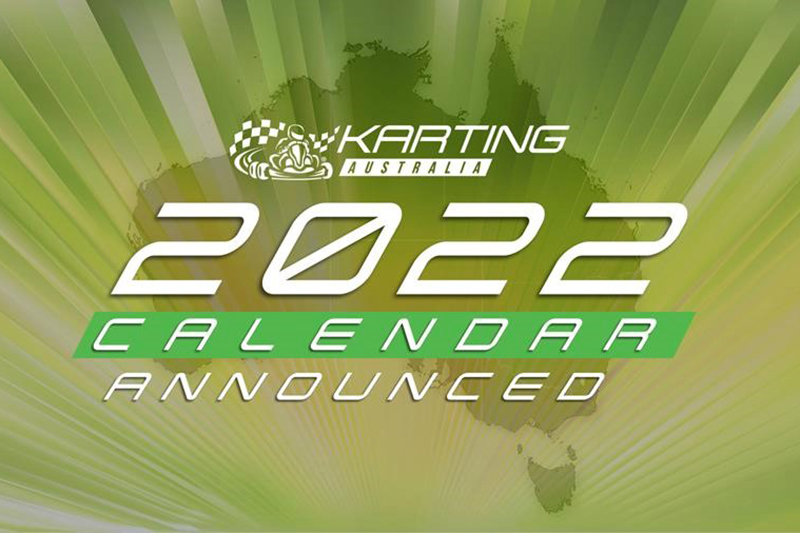 Karting Australia has confirmed the National Karting Calendar for 2022.

Headlined by the five round SP Tools Australian Kart Championship, the National Karting Calendar for 2022 will also incorporate a new National Series and the Ultimate Club Racer event.

The opening round of the Australian Kart Championship will be contested in Victoria on the final weekend of February ahead of a return to the Bolivar Raceway for round two across the Easter weekend of April 15-17.

After being on the schedule for the past two years, but unable to be held due to COVID restrictions, the Eastern Lions Kart Club will host round three of the Championship on June 3-5 ahead of a visit to the Sunshine State in mid-July.

The Newcastle Kart Racing Club will host the final round of the Championship on August 19-21, following which it is anticipated that the Gala Awards Dinner will return on the Sunday night of the final round.

The Ultimate Club Racer II – an event designed for the Club Level Racer on a National basis – will be hosted by the Go-Kart Club of SA in Murray Bridge on the first weekend of November.

The National calendar is completed by a new two round National Series, incorporating the Australian RoK Cup, will take to circuits in Victoria and Queensland across October and November.  Further details on the classes and make-up of the new National Series will be advised early in 2022.