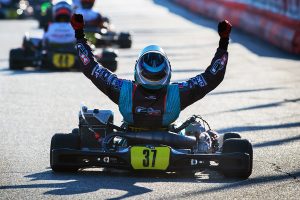 The class that started it all at the SKUSA SuperNationals was the S1 division. The premier shifterkart category at the inaugural SuperNats in 1997 with the S1 division. That remained the headline division up until the SuperPro division was established. It was in that category the engine program shifted from moto engines to karting-specific powerplants, while also welcoming international drivers by the final year of the class in 2009. It was then when the division was split into two with the promotion of the Stock Moto category from the SKUSA Pro Tour to the S1 name and KZ class established. 2019 was the debut of the IAME SSE engine, adjusting the name to Pro Shifter. Now, for the 2021 edition of the SuperNationals, we are combining the KZ and Pro Shifter engines into one category, welcoming the largest class turnout in recent years.

The combination of the two categories into one welcome two defending winners looking to repeat in 2021. History can be made by Billy Musgrave (Factory Karts), the three-time defending winner in the Pro Shifter division. The 2012 S2 winner has four total SuperNationals victories, currently tied with Connor De Phillippi and Kip Foster with the most by one driver. With a win on SuperSunday, Musgrave can put himself alone at the top of the SuperNationals win list. Looking to join him at four total wins in Vegas is defending KZ winner Danny Formal (LEM / Formula K). It was an emotional victory for the Costa Rican in 2019, besting a talented field for his third SuperNationals win, joining his S1 victories from 2015 and 2016. Last year, the two did not run head-to-head. In the five times Formal and Musgrave have raced against one another at the SuperNationals, Formal has finished better in three of years (2014-2016). 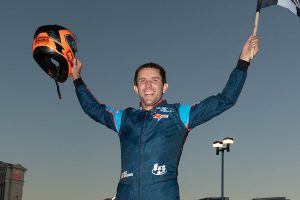 No one was able to match the pace of AJ Myers (Magik Kart USA) on the SKUSA Pro Tour in 2021. Myers won every Prefinal and Final up until Round Five with a broken chain in the main event put him on the sideline. He returned the following day to sweep the action for his third Pro Tour championship. The 2014 P5 finish in KZ remains one of his most memorable finishes at the SuperNationals, placing runner-up in S1 in 2016 and 2018, recording a DNF last year. 2017 SKUSA Pro Tour champion Jake French (PSL / Birel ART) was on his bumper all season long, placing runner-up in the opening four round before winning Round Five. Like Myers, French has not won at the SuperNationals, placing runner-up in 2017 and 2019. 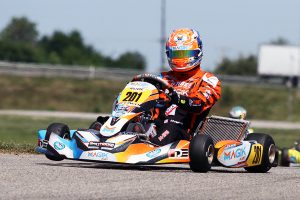 Two world champions are joining the Pro Shifter field in 2021. 2019 FIA KZ World Champion Marjin Kremmers is back to the SuperNationals for redemption. The last two editions, Kremmers (PSL / Birel ART) was leading on SuperSunday before losing the top spot in both races with two runner-up results. One of the eldest competitors is five-time world champion Davide Fore. It has been since 2015 that the Italian has raced at the SuperNationals, placing on the podium four times in both KZ and S1 competition. The 47-year-old has made his way to the USA, joining Italian Motors on the Italkart.

Speaking of elder drivers in the field, Ron White last won at the SuperNationals before some of the drivers in the field were born. White (RWR / CRG) secured his lone SuperNationals victory in 2002 with a total of three podiums from 2003 to 2018. The NorCal driver did not compete in 2019, making a return to Pro Shifter in 2019. The final previous SuperNationals winner in the field is Mathias Ramirez (SCR / Redspeed). Ramirez won in his S2 debut in 2016 and finished third in Pro Shifter at the 2019 event. Podium finishers from 2019 returning include Maximilian Paul (DRT / DR Kart) who finished third in KZ the last two times in Vegas, while Vincente Salas (Factory Karts) drove to third in Pro Shifter 2. 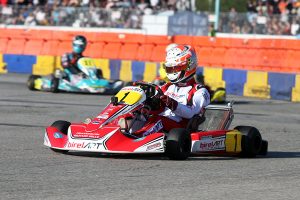 X30 Senior is not the only category with an NTT IndyCar Series driver in the field. Devlin DeFrancesco signed with Andretti Autosport for the 2022 season, making his first start at the SuperNationals since 2014 in the TaG Junior class.

2 – World Karting Champions in the field

16 – Competitors from outside of the USA