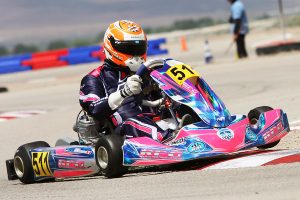 The TaG Master class was introduced at the 2003 SuperNationals and remains one of the most competitive divisions at the Vegas event. Kip Foster, a four-time winner and 2019 top finisher, is unable to travel to the SuperNationals from Australia, opening the door for a different driver to step in. Among former winners in the class include veteran Billy Cleavelin (RPG / Kosmic), who doubled up in 2008 and 2009. Renato Jader David (Orsolon / Tony Kart) is the most recent winner in the field, having claimed the victory in 2016 outside the Las Vegas Convention Center. RJD remains one of the top Master drivers in North America and around the world, winning the ROK Cup Superfinal in 2020, and claiming two wins at the United States Pro Kart Series. He comes in with five straight top-10 finishes, including two third-place results in the last two.

The top driver on the SKUSA Pro Tour in 2021 was Mario Barrio (RPG / Kosmic). Two victories along with three additional podium finishes helped the driver from Peru to claim the crown. This is his first start at the SuperNationals since 2016, with a best finish of 10th in 2014. Another 2021 champion in the field is two-time USPKS title winner Scott Kopp (FMS / Exprit). Kopp made his first start in the category at the SuperNationals in 2019, showing speed but an issue in one heat race cost him an opportunity to be in contention. 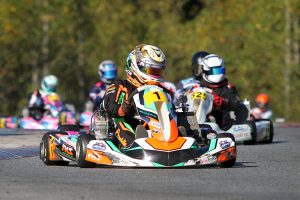 Aside from RJD, the other podium finisher from 2019 in the field is Matt Johnson (Nash / EOS). Johnson moved to the Master class in 2017, finishing fourth that year and runner-up to Foster at SuperNats 23. Johnson only competed at the SpringNationals, finishing second and first on the weekend but comes in as one of the top challengers. Another former SKUSA Pro Tour champion is also in the field with Derek Wang (Crosslink / Exprit) set to make his fifth straight start in the category. His best finish was third in 2016, finishing outside of the top-10 the other three starts. The multi-time Team USA Rotax Grand Finals member scored a third straight Challenge of the Americas title this winter and finished on the podium in four USPKS races in 2021.

A new name to the class but not the SuperNationals is Bonnier Moulton. The SKUSA Hall of Fame member has raced in all 23 previous editions in shifterkart categories, winning three times at the Vegas event (2004 in G1, 2011 and 2012 in S4). This will be the first time the Utah driver has competed in the single-speed category in Superkarts! USA competition. Travis Irving (FW / GFC) is another name and former winner from the SuperNationals past. In 2006, Irving won the TaG Master main event. In his last three starts in the category from 2016 to 2018, his best result was 11th.

2 – Pro Tour champions in the field

4 – Former SuperNationals winners in the field

7 – Competitors from outside of the USA