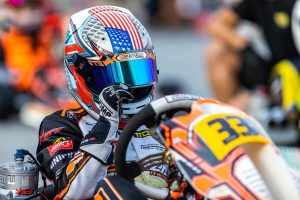 Kai Sorensen to make his X30 Junior debut at the SuperNats, having won Mini in 2019 (Photo: K. Sorensen)

The list of former winners in the X30 Junior (formerly TaG Junior) division is very much like an all-star roster in motorsports. It includes two current Formula One drivers (George Russell-2011, Lance Stroll-2012), F3 drivers Logan Sargeant (2014) and Jak Crawford (2017), Brazilian stars Felipe Fraga (2008), Joao Vieira (2010) and Arthur Leist (2015), and more. Over the 12 years of the category, a new driver has emerged as victor on SuperSunday, with a 13th name set to be added to those historic names on December 5 with no former winner in the 48-driver field. Defending winner James Wharton is set to be racing Italian F4 in 2022 under the eyes of the Ferrari Driver Academy.

While there may be no former Junior winners in the field for X30 Junior, there are two former SuperNationals winners competing in the class. SuperNationals 23 Mini Swift winner Kai Sorensen (Supertune / Exprit) returns to the USA after competing all season long in Europe. His 2021 began with a championship at the SKUSA Winter Series program to open up his first season in the Junior ranks. The other is British driver Vinnie Phillips (Tony Kart), set to make his fourth start at the SuperNationals. His debut in 2017 ended with victory in the Micro Swift class, before moving to Mini the last two SuperNationals with a best finish of fourth in 2019. Both drivers have been busy competing throughout Europe in 2021. 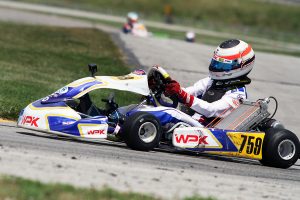 The advancement of Carson Morgan to Senior means no SKUSA Pro Tour champion in the field for X30 Junior. That leaves Max Garcia and Jeremy Fletcher to carry the flag for the Pro Tour contenders. Garcia (MPG / WPK) finished vice-champion in his Junior rookie season while also placing third in the final United States Pro Kart Series standings. The Florida driver has stood on the podium at the SuperNationals the last two times, finishing third in Micro and fifth in Mini. Fletcher (TF / Tony Kart) is among the more experienced drivers in the field, having raced in four SuperNationals. 2021 saw Fletcher finish third in the SKUSA point standings while claiming both the X30 and KA100 Junior titles at USPKS. He is one of only three drivers in the field to race in X30 Junior at the 2019 SuperNationals. Florida Winter Tour champion and USPKS race winner Paul Bocuse (SCR / Redspeed) along with Logan Toke (RPM / Tony Kart) are the other two drivers from the 2019 field.

Several drivers could be in contention throughout the week. Already winning in Vegas recently is Ayden Ingratta (SCR / Redspeed) with the Canadian scoring victory at ROK Vegas. Ingratta was Fletcher’s top challenger for the title at the USPKS program and finished second to Bocuse in the FWT standings. Caleb Gafrarar has three podium finishes in the three main events since moving to Rolison Performance Group in October. Coming off representing the USA at the FIA Academy Trophy in 2021, he won at the USPKS finale and stood on the podium at ROK Vegas. In 2018, he was P5 in Micro at the SuperNationals. 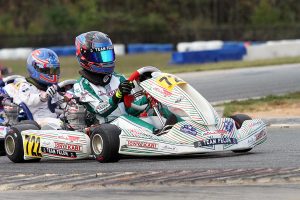 Jeremy Fletcher is the most experienced driver in the field, coming off double championships at USPKS (Photo: EKN)

0 – Former class winners in the field

3 – Drivers who raced in class at SuperNationals

20 – Competitors from outside of the USA