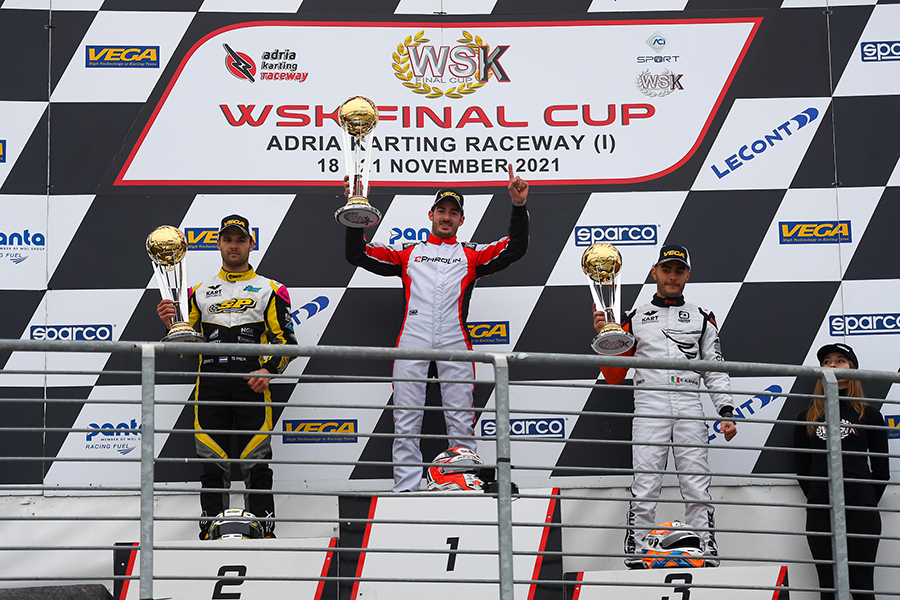 It has been a world-class spectacle at the Adria Karting Raceway in the weekend of November 21st on the occasion of the 10th edition of the WSK Final Cup. The event closed season 2021 by WSK Promotion and recorded again an extraordinary success in terms of participation as 275 drivers from 45 nations came to Adria to contest this event. Overall, in the WSK Series of 2021 the participation reached 2.900 drivers in the WSK Champions Cup, WSK Super Master Series, WSK Euro Series, WSK Open Cup and WSK Final Cup. This record makes the 16th season by WSK Promotion even more precious. 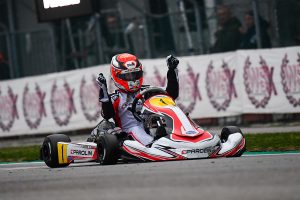 In KZ2 the Italian Francesco Celenta (Parolin Motorsport/Parolin-TM Racing-Vega) did not have many problems to win the Final after having the upper hand in qualifying, heats and in his Prefinal. Celenta kept the lead for the whole race, while behind him a nice battle was fought for the remaining spots of the podium. The second place eventually went to the Dutch Stan Pex (SP Motorsport/KRTM Racing), who proceeded the Italian Danilo Albanese (KR Motorsport/KR-Iame). In the closing stages, the latter managed to take P3 from his fellow-countryman Lorenzo Travisanutto (Parolin Motorsport/Parolin-TM Racing), who was forced to P4 but managed to proceed the German Simon Connor Primm (NB Motorsport/Lenzokart-TM Racing). 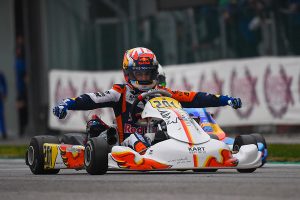 In the OK final the battle involved mainly the British driver Arvid Lindblad (KR Motorsport/KR-IameLeCont) and the Bulgarian Nikola Tsolov (DPK Racing/KR-Iame). It was decided when two laps were left to go and was won by Arvid Lindblad. The third position went to the Jamaican Alex Powell (KR Motorsport/KR-Iame), who led his teammate from Brazil Rafael Camara. The latter recovered after losing some positions in the initial part of the race. The fifth place went to the Pole Karol Pasiewicz (Ward Racing/Tony Kart-Vortex). 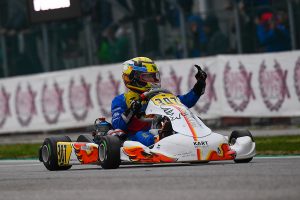 The surprise of OKJ was the Spanish driver Lucas Fluxa (KR Motorsport/KR-Iame-Vega), who completed a great recovery in the Prefinal and took the win in the Final after installing himself in the lead halfway through. A nice duel involved the winners of the two Prefinals: the Russian Anatoly Khavalkin (Parolin Motorsport/Parolin-TM Racing) and the Dane David Walther (Koski Motorsport/Tony Kart-Vortex). Eventually, the Russian Maksim Orlov (Parolin Motorsport/ParolinTM Racing) managed to close behind Lucas Fluxa, while Anatoly Khavalkin was promoted to third by a penalty handed to the Brit Freddie Slater (Ricky Flynn/Kosmic-Vortex). The fourth position went to the other Russian Maksimilian Popov (Ward Racing/Tony Kart-Vortex), who led David Walther. 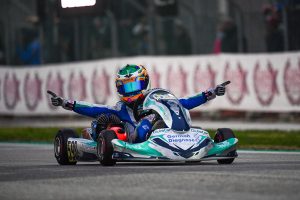 A great battle was fought also in MINI. The Romanian David Cosma-Cristofor (Gulstar Racing/KRIame-Vega) had the upper hand and won a duel on the edge of the thousands of a second with the Czech Jindrich Pesl (BabyRace/Parolin-Iame), who had to retire in the closing stages due to a technical problem. The second place went therefore to the Spanish driver Christian Costoya (Parolin Motorsport/Parolin-TM Racing), who proceeded the Dutch Dean Hoogendorn (Kidix/Alonso KartIame). The fourth position went to the Belgian Dries Van Langendonck (Parolin Motorsport/ParolinTM Racing), while the fifth to the Austrian Niklas Schaufler (Emme Racing Team/EKS-TM Racing).