Behind The Laptop: The Return of SuperSunday

Granddaddy of them all coming back in Vegas next week 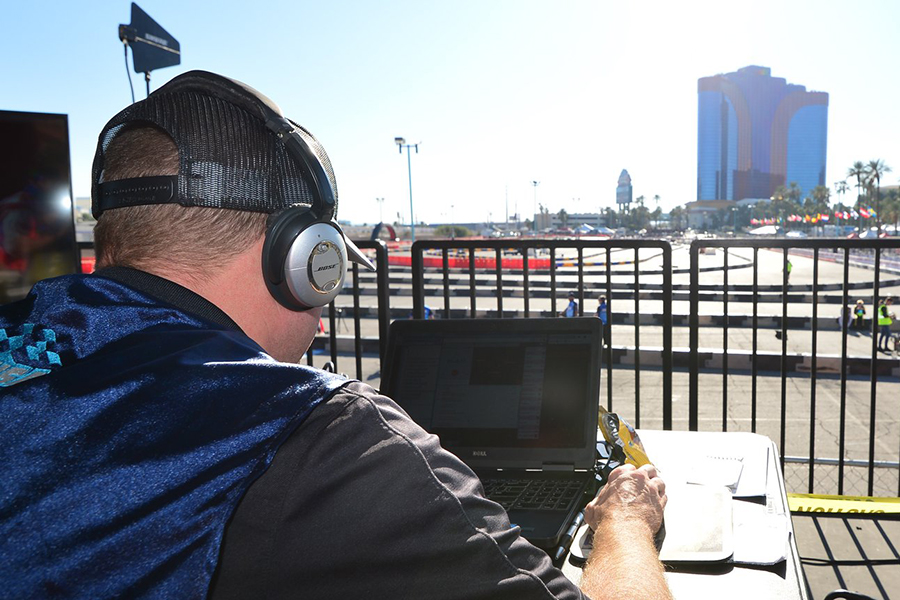 As I begin writing this column on a Sunday evening, I do so with mixed emotions. The first is frustration, as the Chicago Bears just lost another game all because of blown defensive coverage. The second is joy, as Thanksgiving is just around the corner, which means a massive meal is coming on Thursday as does spending time with family.

But as I write this, I have that feeling of needing to be somewhere else. After all, during the last Sunday before Thanksgiving, the karting community normally calls Las Vegas home and today would have been SuperSunday for the typical calendar date for the Superkarts! USA SuperNationals.

That same sense was felt last year at this time, as we went into Thanksgiving week without the annual trip to Vegas for what should have been SuperNationals 24 with the cancellation of the 2020 event due to the COVID-19 pandemic. As EKN Editor-in-Chief / Publisher Rob Howden wrote in his Morning Coffee a year ago, there was a hole felt in the stomach and hearts of many karters without the annual SuperNationals.

As we move into the final days of November, a new and exciting feeling will overcome me and many others, as we prepare for a return of SuperSunday – and the SKUSA SuperNationals. It has been 732 days since November 20, 2019 – the SuperSunday of SuperNationals 23. From now until two weeks from today, it will be a build-up of what should be another historic SuperNationals. 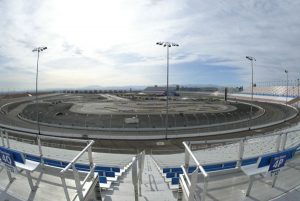 Leading part of that excitement is a new location, the Las Vegas Motor Speedway. Karting is nothing new to the facility situated to the north end of ‘Sin City’, very near to Nellis Air Force Base. The last time EKN was at LVMS was in 2008 for the Stars of Karting National Finals. It was the second straight year they competed on a temporary circuit inside the 1.5-mile tri-oval.

This time, Superkarts! USA will be outside the oval, situated to the east side of the facility just outside turn 3, an area that resides along the northern portion the Las Vegas Boulevard. If you took a 24-mile trip south on that very road, it takes you to two different locations that include SKUSA history. To the east is the location of the first SKUSA SuperNationals on the Las Vegas Boulevard, a parking lot connected to the Las Vegas Convention Center, which held the event in 2017. Across the street to the west is the new partner hotel, Resorts World Las Vegas. The new host hotel was announced at the same time as the track location venue change and will be a new experience for those staying right on the Las Vegas Strip. Ironically, Resorts World was in the construction phase during SuperNationals 21, which are visible in the many images captured that week.

Along with the build-up to the SKUSA SuperNationals 24 comes are annual EKN preview series. Over the next six days, EKN will publish the EXCLUSIVE entry list for all nine categories competing in Las Vegas over the December 1-5 event. The following is the order for which you will see the entry list, along with preview notes and topics for each category. 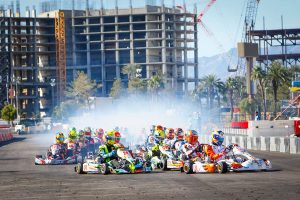 Resorts World Las Vegas under construction in the background during SKUSA SuperNationals 21 in 2017 (Photo: On Track Promotions – otp.ca)

In addition to the written previews, two different OutLap preview podcast shows will be broadcasted LIVE on the EKN Facebook and YouTube channels. The first four categories in the preview series will be discussed in Part 1, set to broadcast on November 23 at 8pm EST / 5pm PST. Part 2 includes all five of the Master and Senior divisions, set for November 24 at 8pm EST / 5pm PST. In each show, Howden and myself will announce the top-five predictions for each category.