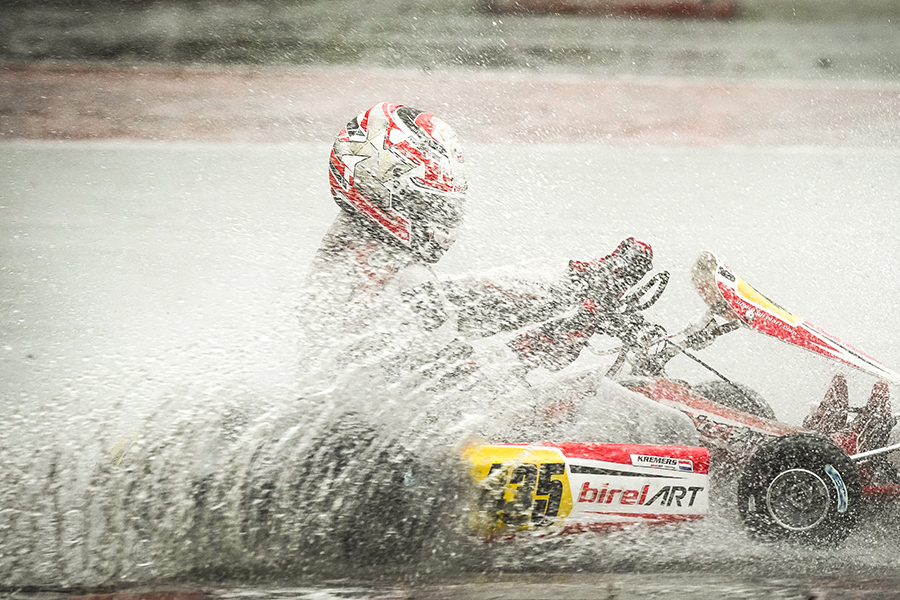 The 26th edition of the Winter Cup was not held in February as usual, but in November on the South Garda Karting circuit in Lonato. The rain, which was getting heavier and heavier, made the Final stages more difficult. Dutchman Marijn Kremers, who comes from a seafaring background, won the KZ2 race thanks to his fighting spirit and impressive control in the downpour, a week after Alessandro Buran and the Renda Motorsport team won the 49th Trofeo delle Industrie in KZ2 at Lonato.

“We are very happy with this Winter Cup which was unusually run in autumn. Marijn Kremers was great in the rain on Sunday, winning with great determination after a real sea battle! Leonardo Marseglia’s seven-place climb in the Final was also a great moment. For my part, I was able to fight my way into the top 10 in the first part of the Final before finishing 20th with a penalty for a dislodged spoiler. The conditions were terrible and the race had to be stopped early. The joy of victory was enhanced by the performances by Team Leclerc by Lennox Racing: Pedro Hiltbrand joined us on the third step of the podium and Matteo Vigano placed a third Birel ART in the top five. In total, six Birel ARTs finished in the top 13.

In OK, Cristian Bertuca had a very competitive meeting. He fought for the podium at the start of the Final before dropping back, but he still came close to the top 10 at the finish.

I would like to congratulate the whole team who did an admirable job in not always easy conditions. We are now focusing on our next goal, the 24th SuperNationals in Las Vegas in early December.”

Riccardo Longhi: 4th in Qualifying, 10th after the heats, 20th in the Final (5” spoiler penalty)