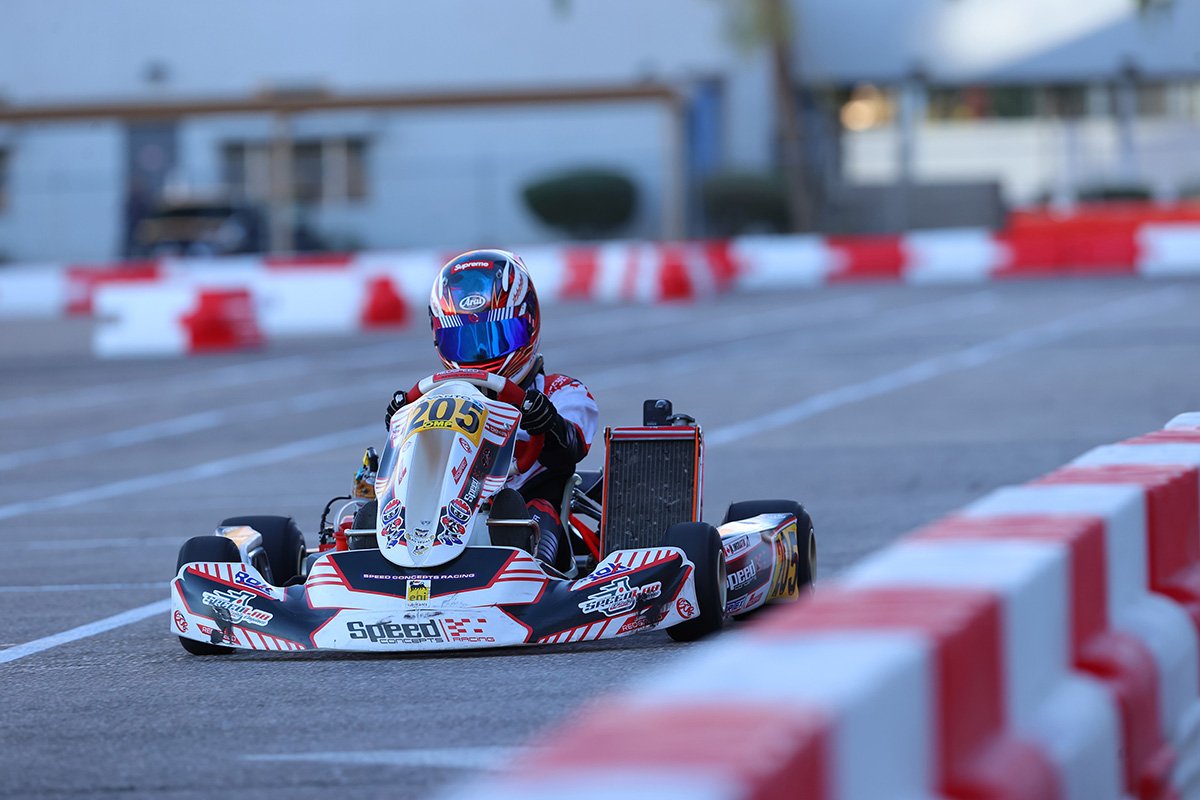 It was a winning weekend for Ayden Ingratta in Las Vegas. Taking on the ROK Cup USA ROK Vegas event on the temporary circuit near Planet Hollywood, Ingratta topped the podium in the ROK Junior class and finished third in ROK VLR Junior after a post-race penalty. As one of the dominant drivers in the junior class, Ingratta finished inside the top-three in seven of eight heat races with the only blunder on his record after contact in one of the heats.

“Great weekend and we really should have left with two wins but that is racing,” explained Ingratta. “The speed this weekend is a testament of my team, Speed Concepts Racing, and they deserve this as much as I do.”

After claiming the OMP Pole Position on Thursday in the VLR Junior class, Ingratta went on to finish third, first, second and first in his four heat races to secure the Championship Sunday pole position. Driving like a seasoned veteran, Ingratta was the first driver to receive the checkered flag in Sunday’s main event but a post-race penalty for an on-track incident relegated him to third. With another opportunity to stand on the podium later in the day, Ingratta would compose himself and get ready for the next challenge.

With similar results in ROK Junior leading into Championship Sunday, Ingratta turned his second-place qualifying effort into second, fifth and first place finishes in the first three heat races. Heat four would see opening lap contact relegate him to the tail of the field but a drive forward salvaged him a 13th place result and a third place starting spot for the main event.

When the green flag flew for the start of the main event, Ingratta made his bid for the lead on the opening lap and took the point on the entry to turn three. Never looking back and with the fastest kart on the track, Ingratta drove to one of the most dominating junior victories in quite some time. Pulling away by nearly six seconds over the twenty-five lap main event, Ingratta was again the first driver to the checkered flag and this time his win stood.

Ingratta added, “I wanted to prove a point in the ROK Junior final and did! It was redemption for myself, and the team and I am happy to leave Las Vegas as a ROK Cup USA Champion.”