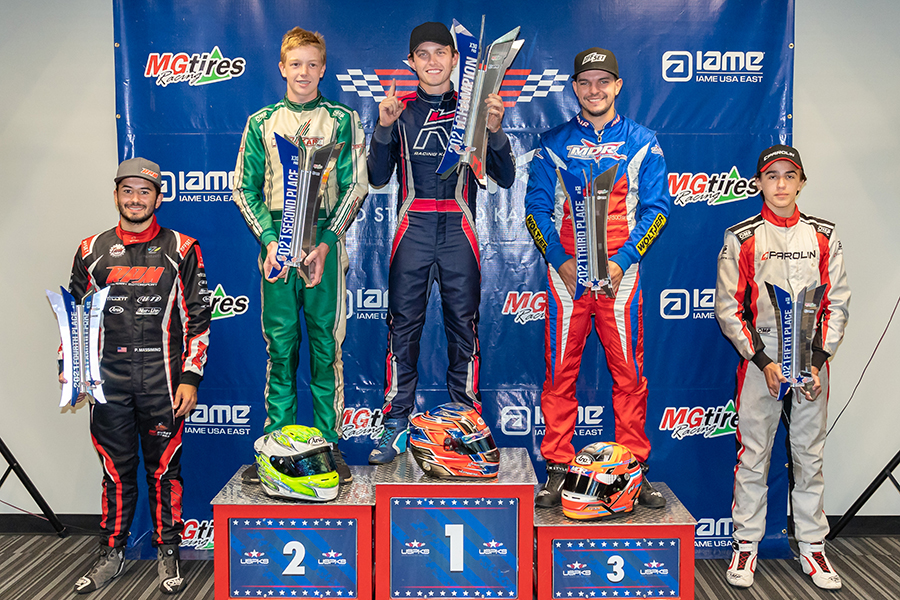 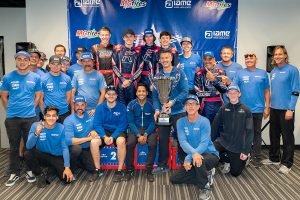 Nearly 200 people packed into the hospitality suite at the Mooresville, North Carolina facility to watch the top-five finishers in all seven classes receive awards and to celebrate their successes.  All competitors, their crews and families were invited as series administrator and announcer Tim Koyen emceed the event once again.

The first order of business was to wrap up the series totals for the year, and thanks to all the competitors and sponsors, with the 2021 season featuring nearly 1,100 total entries for the year across the seven categories and four race events. This was a record-breaking year for USPKS and its racers, with each event over the 250-entry mark, making them the four largest events of the nine-year series history. KA100 Senior was the highest of the season at an average of 55 entries with X30 Masters the lowest, at a solid 22 entries per weekend. 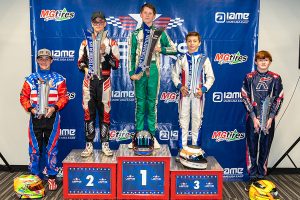 One of the newer awards focused at the industry and karting teams is the USPKS Team Championship, featuring the Geo Cup, named after industry member George Sieracki. For 2021, Rolison Performance Group narrowly edged out previous winner Nitro Kart by just a few points. RPG acquired 61 points, much of that total in the X30 Pro and X30 Master divisions, over the four events with Nitro gaining 54 points. Ryan Perry Motorsport completed the team championship podium with 27 points, edging out Speed Concepts Racing by a mere one point. Franklin Motorsports / Team FMS rounded out the top-five with 21 points.

The 2021 event purses for the X30 Pro and X30 Pro Junior divisions totaled $60,000 in cash and prizes. At the awards ceremony alone, close to $80,000 in cash and prizes were distributed with prizes including tickets to the IAME International Final, IAME engines of X30, KA100, and Swift, the USPKS Winner’s Circle, and more. The total prize package from the series in 2021 surpassed the $150,000 mark, making USPKS one of the most lucrative racing series in North America. 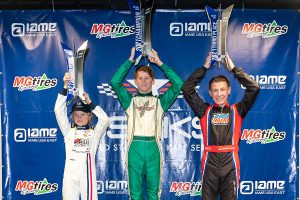 Jeremy Fletcher was able to win the opening round and the final main event to clinch the championship in the X30 Pro Junior by Rolison Performance Group. The chase went down to the wire with Round Three winner Ayden Ingratta in the hunt until the final checkered flag, finishing 62 points behind Fletcher. 2020 Mini Swift champion Max Garcia finished as the top rookie on the year, finishing third in the standings ahead of Christian Miles and Justin Adakonis. 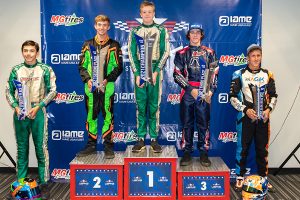 Fletcher became the first double champion in the same season since 2019, also claiming the title in the KA100 Junior by Timmy Tech. The two-time race winner was able to clinch the championship by 41 points over Round Three winner Sebastian Wheldon. Round Four victor Chase Hand ended up third in his first season at the USPKS. Parker DeLong was the top rookie in fourth with Helio Meza finishing the year fifth in the standings.

The KA100 Senior by Mike Doty Racing was the largest category all season long. Senior rookie Connor Zilisch converted his three wins over the eight rounds into a championship, clinching the title by 56 points over 2020 champion Brandon Lemke. Hayden Jones secured the third position in the standings over Aiden Levy and AJ Myers. 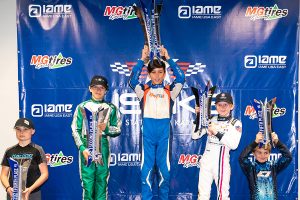 Scott Kopp was able to defend his championship in the X30 Masters by Speed Concepts Racing. He and Mario Barrios matched their point totals in the best seven of eight format, and required a second tie-breaker to decide the 2021 champion. With two Prefinal wins to Barrios’ one on the year, Kopp was awarded the title. Scott Roberts finished the season with three wins, finishing third in the standings only 57 points back. Danny Robertson was fourth with Miguel Mier in fifth.

Enzo Vidmontiene becomes the eighth different champion in the Mini Swift by Trinity Karting Group category. Two wins and six podium finishes on the season helped him to grow a 188-point advantage to claim his first series championship. Diego Ardiles, a three time winner on the season, advanced up to second over the finale weekend to edge out Oliver Wheldon. Oscar Iliffe finished the year in fourth and Kai Johnson in the fifth spot. 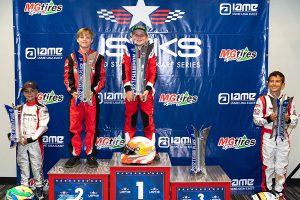 The focus now turns to the 10th season of the United States Pro Kart Series, with 2022 to host four events once again. 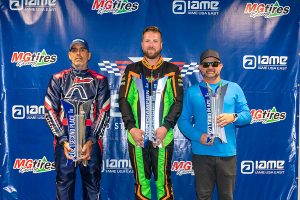 The USPKS is a traveling national race series featuring classes utilizing IAME engines. The series is presented by MG Tires and IAME USA East. More information on the USPKS can be found by visiting the series website at www.uspks.com or by contacting Series Director Mark Coats at (217)652-6275 or via email at mcoats.uspks@gmail.com. For media information, including questions about this press release, contact USPKS Operations Manager, via email at tekoyen@gmail.com.