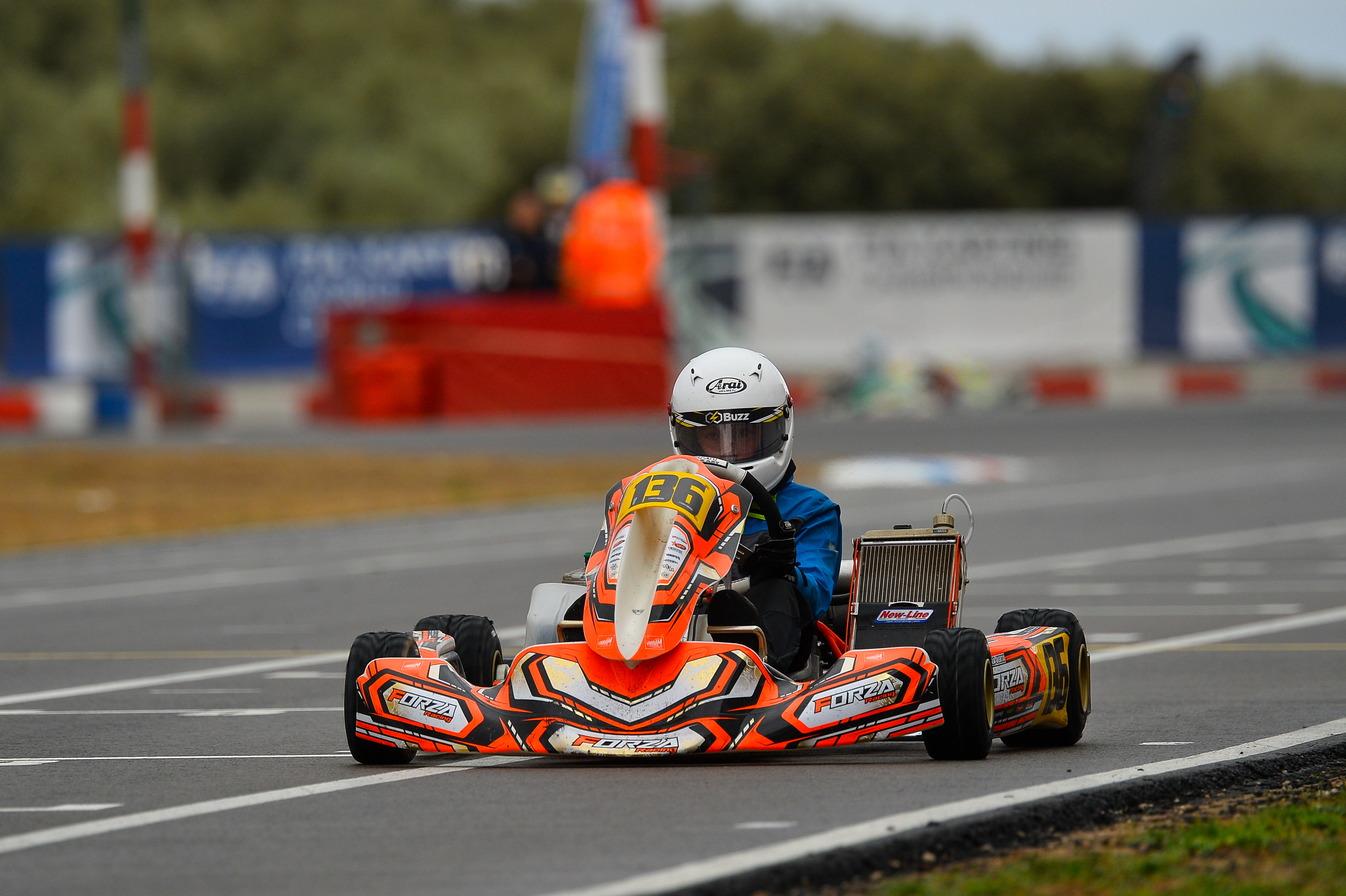 At the FIA Karting World Championship in Campillos, Spain, our Exprit Noesis R chassis wins the most important appointment of the racing season, doubling the World success obtained in 2017.

Exprit Kart returns to be the winner of a world title for the colours of OTK Kart Group, after the one obtained in 2017 with Dexter Patterson. On the prestigious stage of the FIA Karting World Championship in Campillos (Spain), the star of our Exprit Noesis R shines in the OKJ final, made spectacular and uncertain by the falling rain as opposed to the dry conditions of the previous days, confirming the excellent flexibility of the chassis in all kinds of weather conditions and surfaces.

Kean Nakamura Berta is, since the first laps of the final, in the first positions of the ranking, good at avoiding the initial brawl. The Japanese driver, jumped from the ninth position on the grid and author of a fantastic comeback during all the qualifying heats of the weekend, shows off a very good rhythm on the wet track and runs after the leader, Freddie Slater, at the wheel of a Kosmic Kart, another OTK Kart Group’s chassis. The positions remain thus set until the end of the race, since in the post-race Slater is given a 5 second penalty, thus giving up and passing the victory of the race and the world title to Nakamura Berta. The Exprit Noesis R chassis can therefore boast the world title in one of the most difficult, attended and competitive categories of the international karting scene, the OKJ class.

This result confirms the excellent conception of the chassis made in OTK Kart Group, as  the long list of victories gained by the Group’s brands in 2021 proves.