CRG Among the Big Karting Names at FIA World Championship 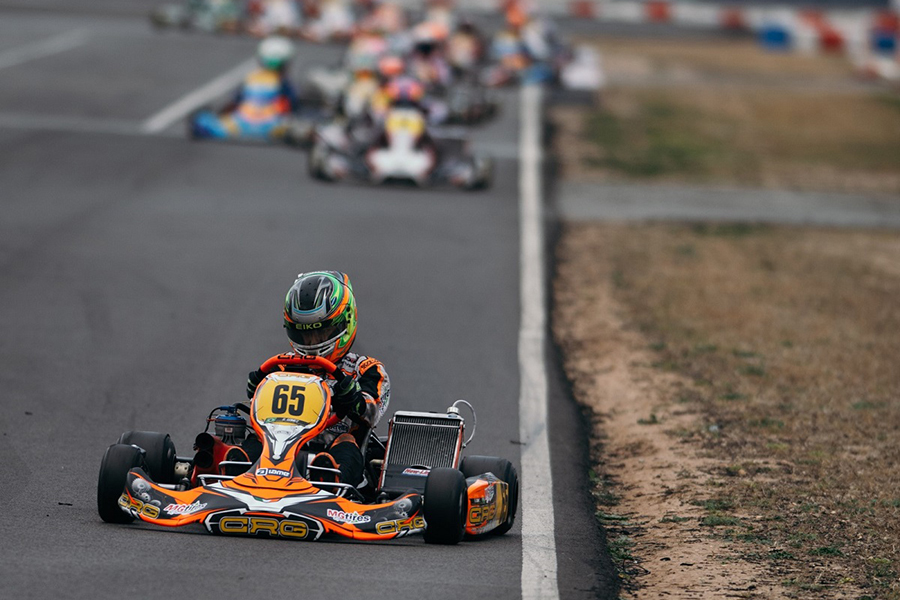 By scoring the overall pole position and attending all the qualifying heats as protagonists with Gabriel Gomez, the CRG colors were among the great leads of the OK and OK Junior World Championship, which took place in Spain on the Campillos track from 27th to 31st October. Unfortunately, the excellent performances that led the Brazilian driver to start from P3 in the Final, did not brought to a place on the podium, due to a contact that took place immediately in the early stages of the Final.

It should be noted that the race that awarded the world title in the OK category took place on a wet track due to the heavy rain that fell on Sunday morning and that certainly made everything more difficult for the drivers and the teams. Olin Galli also proved to be very competitive in OK, even if due to a problem in one heat, he started the Final from the middle of the group, remaining involved in the brawl. To underline how many contacts there were due to the track made difficult by the rain, it should be pointed out that both CRG drivers had a penalty for the front spoiler, thus finishing out of the top ten. From a technical point of view, both Brazilian drivers used IAME engines. However, the long trip to Spain remains a strong injection of confidence for the future and especially for 2022, a season that will see the inclusion in the international races of the newly homologated FIA chassis.

Much more difficult, on the other hand, was the weekend of CRG drivers in OK Junior, a category where, for various reasons, the team was unable to achieve consistently performance, missing the qualification for the Final. Certainly the variable climate did not help the drivers who, on the dry track, repeatedly showed excellent performances. At the same time, the event was partly conditioned by the supply of tires that offered uneven performance throughout the event, making the work of the technical staff complicated. Surely the issue of supplying tires for the International meetings will have to be a priority for the FIA, in view of the next season as it significantly affects the work of the teams and the results on the track.

For the sporting record it must be noted that the 2021 World Champions are Taponen in the OK class and Nakamura Berta in the Junior. With the OK & OKJ World Championship filed away, International Karting will still have a WSK event before the end of the year in Adria on November 21st and then the winter break will officially begin.

Gabriel Gomez (OK): “Taking pole position at the World Championship out of around 90 drivers is a strong and beautiful emotion. The chassis worked perfectly on this track as well as the IAME engine. My goal in the heats was to control the situation without making mistakes, in order to start from the front in the Final and so I did by getting a very good P3 on the starting grid. Then unfortunately the rain made the first lap very complicated, where my hopes for the podium practically ended. But I believe that regardless of the final result, our potential was evident and gives us a lot of energy for the future”.
Nikolas Roos (OK Junior): “With the dry track in qualifying we had an excellent performance, but honestly the weekend was complicated by the supply of tires which sometimes led us off the road with the set up. Then the rain also came on Saturday and Sunday morning which complicated an already non-linear situation and I was unable to qualify. But the final result is different from what we deserved and I hope to be able to redeem myself on the track soon”.