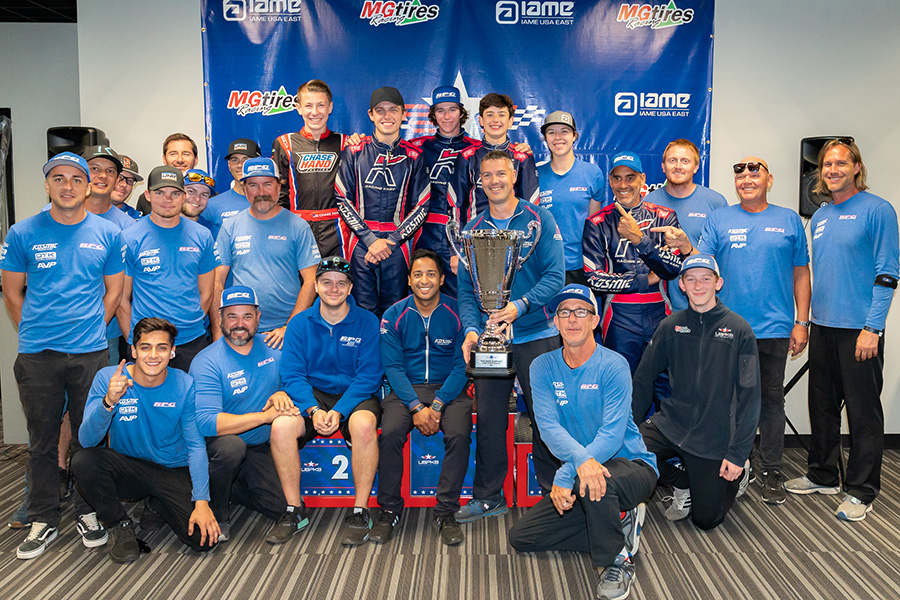 The Rolison Performance Group closed out the 2021 United States Pro Kart Series program with the Carolina Grand Prix at the GoPro Motorplex over the October 15-17 weekend. Rounds Seven and Eight were contested at the Mooresville, North Carolina facility with the OTK USA race team fielding a strong roster of drivers across six categories, raking in three victories along with a series championship. 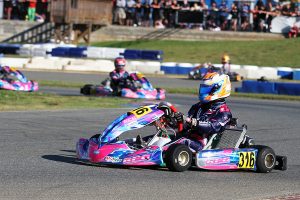 RPG was strong all season in the X30 Pro division and finished the USPKS program on top with two victories and the series championship. Making his debut with the team on the weekend was North Carolina driver Hayden Jones. Making his debut under the RPG tent, Jones was up to speed quickly with the remainder of the roster. Jones emerged as the driver to beat on Saturday, leading 25 of the 26 laps in the Final to claim his first USPKS victory. Ryan Norberg was on his bumper for second, recording fast lap of the race with Hannah Greenemeier in third for an all-RPG podium.

Greenemeier, making her first weekend start since claiming the SKUSA Pro Tour championship in August, came back on Sunday to claim her first USPKS victory. Norberg added another podium finish in third while Branyon Tiner, who finished 17th, improved to fifth on Sunday. Jones was in the hunt early but a mechanical issue dropped him out of the race. Nate Cicero suffered the same on Saturday while in the top-five and came back the next day to finish ninth, putting four RPG drivers in the top-10. Brian Boly rejoined RPG for his first USPKS start on the season, placing 15th and 27th while Chris Verrino made his RPG debut, unfortunately recording two DNF finishes but gaining valuable time with the team and staff. In total, RPG won five of the eight X30 Pro main events on the season, as Ryan Norberg claimed his first USPKS championship thanks to his three victories on the year. 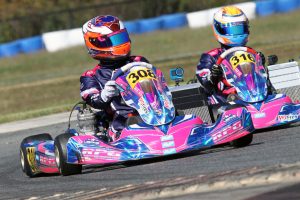 The third victory of the weekend for RPG came in the X30 Junior category with Caleb Gafrarar. The Charlotte-area native made his debut with the team a memorable one, sweeping the action on the day. Setting fast time in qualifying and winning the Prefinal, Gafrarar was able to come away from a challenging main event with the victory, his second on the season. Caleb was poised to add a second victory for the weekend on Sunday, leading early on until getting shuffled down the order. He fought back to finish third, ending with two podium results for the event.

RPG nearly claimed a second championship on the weekend. X30 Master driver Mario Barrios, the 2021 SKUSA Pro Tour champion, came in fighting for the top spot in the point standings. Barrios fought hard Saturday, driving to a runner-up finish and beating his championship rival. He returned the following day getting 10 bonus points for setting fast time in qualifying, but slipped to third in the Prefinal. He would remain there in the Final, ending the season with five total podium finishes including one win, three runner-up results. In the end, Barrios tied for the top position in the championship, but was classified vice-champion due to the tie-breaking rules. Danny Robertson finished the year in fourth, unfortunately recording two DNFs on the weekend due to contact. Robert Maier had his best result of the season, placing fifth on Saturday before ending up 11th Sunday. John Robicheaux showed the speed, just no racing luck as he ended both main events early. 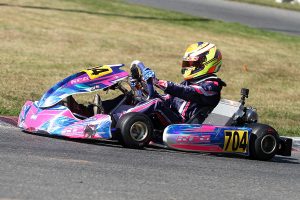 Chase Hand gave RPG hardware by finishing his first season in the KA100 Junior division in the third position in the final point standings. In the hunt for the top spot, Hand had a challenging weekend at GoPro. On Saturday, he set fast time in qualifying and finished third in the Prefinal. The opening lap of the Final saw him pushed off-track, dropping him to 19th. In the 22-lap race, Hand passed 15 karts to finish fourth. Sunday’s Final began with Hand starting eighth, and was up to fifth when contact put him off track once again. Falling to 20th, he passed six karts to end up 14th. Joining Hand on the weekend was Graham Trammell, Emma Scarbrough and Greyson Shobert. Trammell bounced back from a DNF on Saturday, placing 10th Sunday to lead the RPG roster. Both Scarbrough and Shobert recorded DNF finishes on Sunday after placing 23rd and 30th respectively on Saturday.

In the KA100 Senior category was Hayden Jones running double duty on the weekend. He improved five spots to 16th in the Saturday Final and ended up placing 7th in Sunday’s main event. Gia Cicero bounced back Sunday from a rough incident in Saturday’s Final where she watched from the sidelines. Starting 24th, she was on the move to advance 11 spots to 13th for her best result of the 2021 USPKS season. Grace Hemmerde rounded out the roster, coming back from injury following contact in Saturday’s Final to end up 29th in Sunday’s race.

The youngest drivers in the RPG tent competed in the Micro Swift division. Jackson Gibson posted his best results at the USPKS Road America weekend, and backed it up with two top-10 results at GoPro. Gibson placed eighth on Saturday and drove to 10th Sunday, ending up 11th in the final championship standings to close out his first USPKS season. Lillian Scarbrough showed speed throughout the weekend, placing 15th and 22nd over the two rounds, continuing to improve with each session. 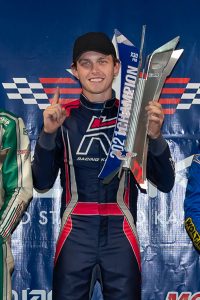 To close out the program at the year-end awards ceremony Sunday evening, the Rolison Performance Group was presented with the USPKS Geo Cup. The Geo Cup is awarded to the team the accumulates the most points from podium finishers across the season in all categories.

“It was a great end to our first full season at the United States Pro Kart Series,” stated Rolison Performance Group owner Mike Rolison. “We are impressed with the program they put together, and of course happy with how our team performed over the four events. It was exciting to get Ryan his first series title while giving Hannah, Hayden and Caleb wins on the weekend. Across the board, our drivers performed well, and made strides as we look to close out the season. I really have to thank the entire crew of mechanics and driver coaches, along with all the families that make each weekend memorable. Of course, Alex Vincent from our in-house AVP engine program, along with Comet Racing Engines for their cooperation with the KA100 engines. It means a lot to earn the Geo Cup award, and each person under our tent is responsible for Rolison Performance Group earning this honor.”

The Rolison Performance Group operation is closing out the season with the two major events of the 2021 season. First is the ROK Vegas event on November 3-7 outside Planet Hollywood, Paris and Bally’s on the Las Vegas Strip. The SKUSA SuperNationals 24 on December 1-5 outside the Rio All-Suite Hotel & Casino in Las Vegas will close out the season.