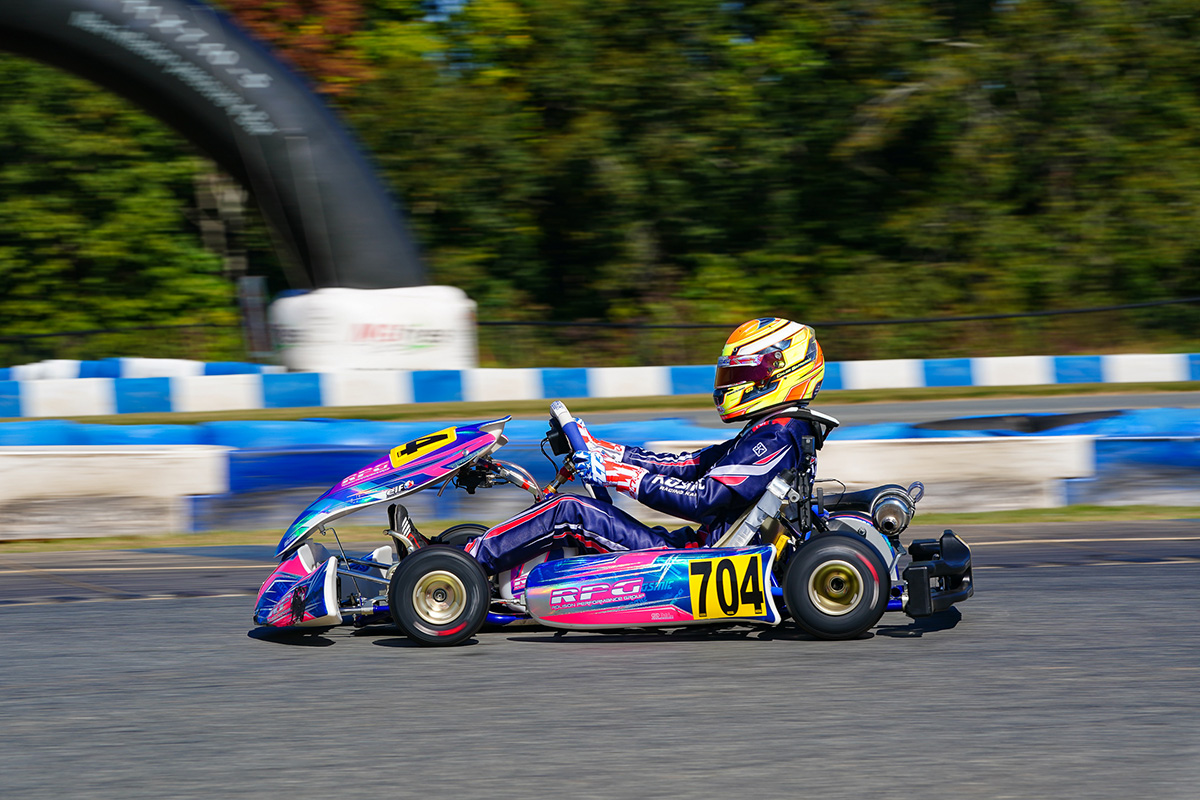 Caleb Gafrarar will fight for the ROK Junior title this week at ROK Vegas
(Photo: Studio 52)

With the 2021 race season ending, North Carolina resident Caleb Gafrarar has his sights set on the top step of the podium in two major karting events. Beginning Wednesday, Gafrarar will take on the ROK Junior field at the prestigious ROK Cup USA ROK Vegas event in Las Vegas as he looks to be crowned ROK Vegas Champion when the final checkered flag flies on Sunday.

After making the switch to the Kosmic chassis and joining Rolison Performance Group (RPG), Gafrarar has competed in one event weekend, earning a victory in his debut with the team. Adding a podium during race two, the junior driver is looking to keep that podium streak alive on the temporary circuit at Planet Hollywood this weekend.

“I love temporary tracks, and I think with the overall package now, we have the chance to fight for the win,” explained Gafrarar. “At the very least I want to keep my podium streak alive, but how can you go to Las Vegas and not want to win so that is the number one goal.”

Racing for the potent Rolison Performance Group, Gafrarar will be with the team for his second event in the last month as he looks to build upon his previous success.

Gafrarar added, “Joining a new team, there is a lot to learn including new people, the way they do things and their overall process. I think we jumped into the RPG program with both feet, and they made me feel like family, but I think the more time that we spend together, the better we will be.”

Excited to get the weekend started, the chance at victory in Las Vegas will commence on Wednesday during a full day of practice. Qualifying will take place on Thursday with wheel-to-wheel racing and progressive style heat races on Friday and Saturday. With Championship Sunday closing the event, Gafrarar will learn if he has reached his goal as the final checkered flag waves by the end of the weekend.